MAKE-UP fans are raving about Very’s mega sale claiming they snapped up £130 worth of beauty products for just £29.

The online site slashed the price of Topshop make-up, with shoppers getting their hands on some incredible bargains. 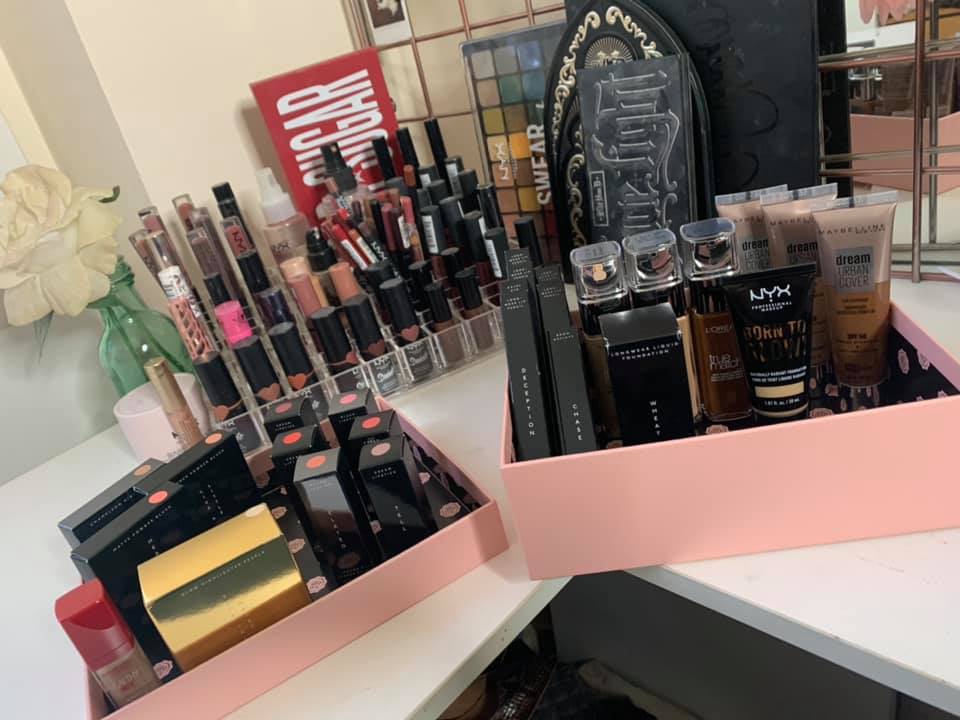 Women have taken to social media to share their hauls, with one woman claiming she got £130 worth of goodies, including blush, lipgloss, foundation, concealer and highlighter for less than £30.

Posting on Facebook group Extreme Couponing and Bargains UK, she said: “Everything was so cheap, I added up how much it should have costed me and it was roughly £130 but instead I got it for £29! Total bargain.”

She added her receipt showing some items cost her as little as £2.

That wasn’t the cheapest thing on offer, as an eye pencil which normally cost £8 was reduced to £1.60. 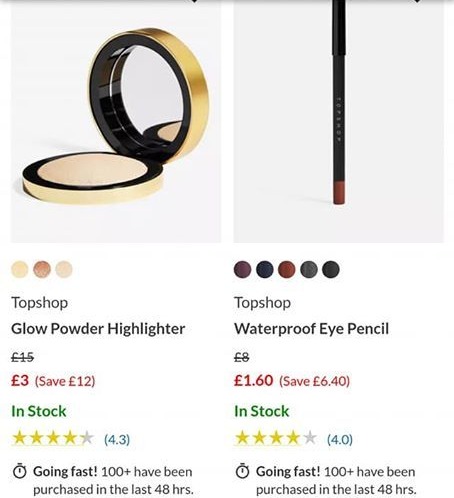 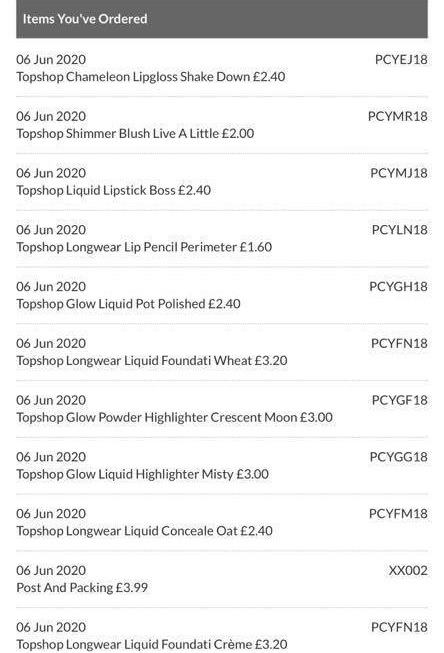 Other incredible bargains included a powder and a liquid highlighter for £3 each, which both normally cost £15.

And their longwear liquid foundation was selling for £3.20, down from £16.

The woman's post has racked up hundreds of likes as others shared their purchases, with one woman saying: “So chuffed with all the make up offers! I’m a MUA so have to get all the offers I can.” 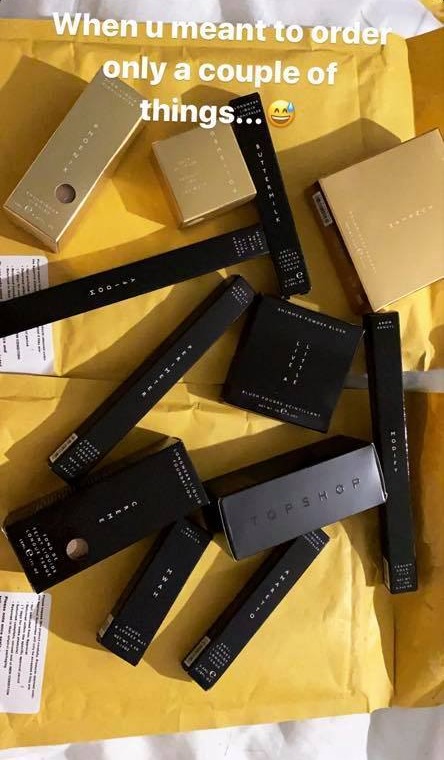 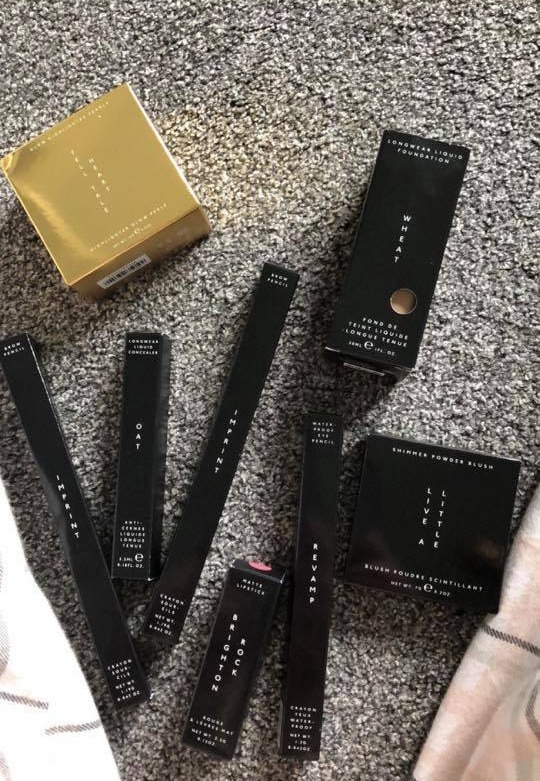 A third added, alongside a snap of eight products: “Got mine too £15 for all this.”

And sharing a photo of a pile of seven goodies, this woman commented: “Got mine today for £16.”

Someone else said: “I spent £70 to last me a while and try some new bits.” 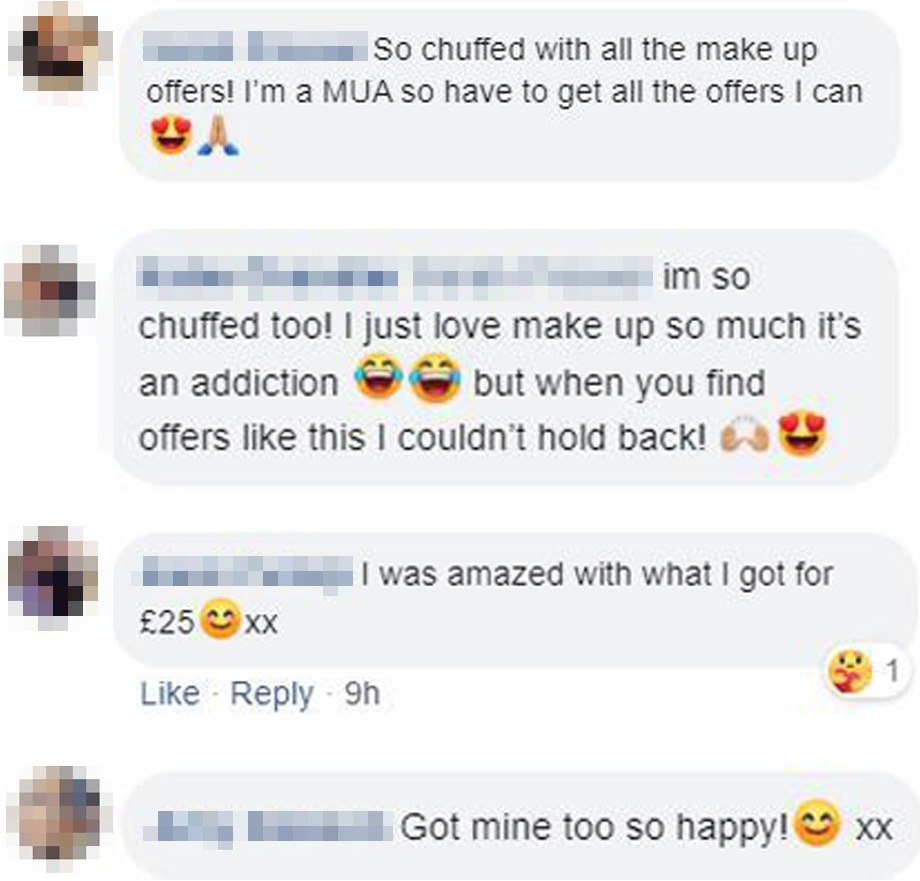 Others thanked the beauty fans for sharing the sale, as it was quickly snapped up.

One woman wrote: "Omg thank you for sharing!!! Just treated myself to some."

And this beauty fan reveals simple tip to achieve ‘longer’ lashes in seconds – and you don’t need mascara.

Plus Primark shares easy step-by-step guide for cleaning your make-up brushes using stuff you have at home.

Meanwhile we reveal when hairdressers reopen how will haircuts will work – the 7 things you need to know about your first visit.