A WOMAN who claims she's been left with 15 pounds of "painful" excess skin thanks to her incredible 12 stone weight loss is crowdfunding £17,000 to have it removed. 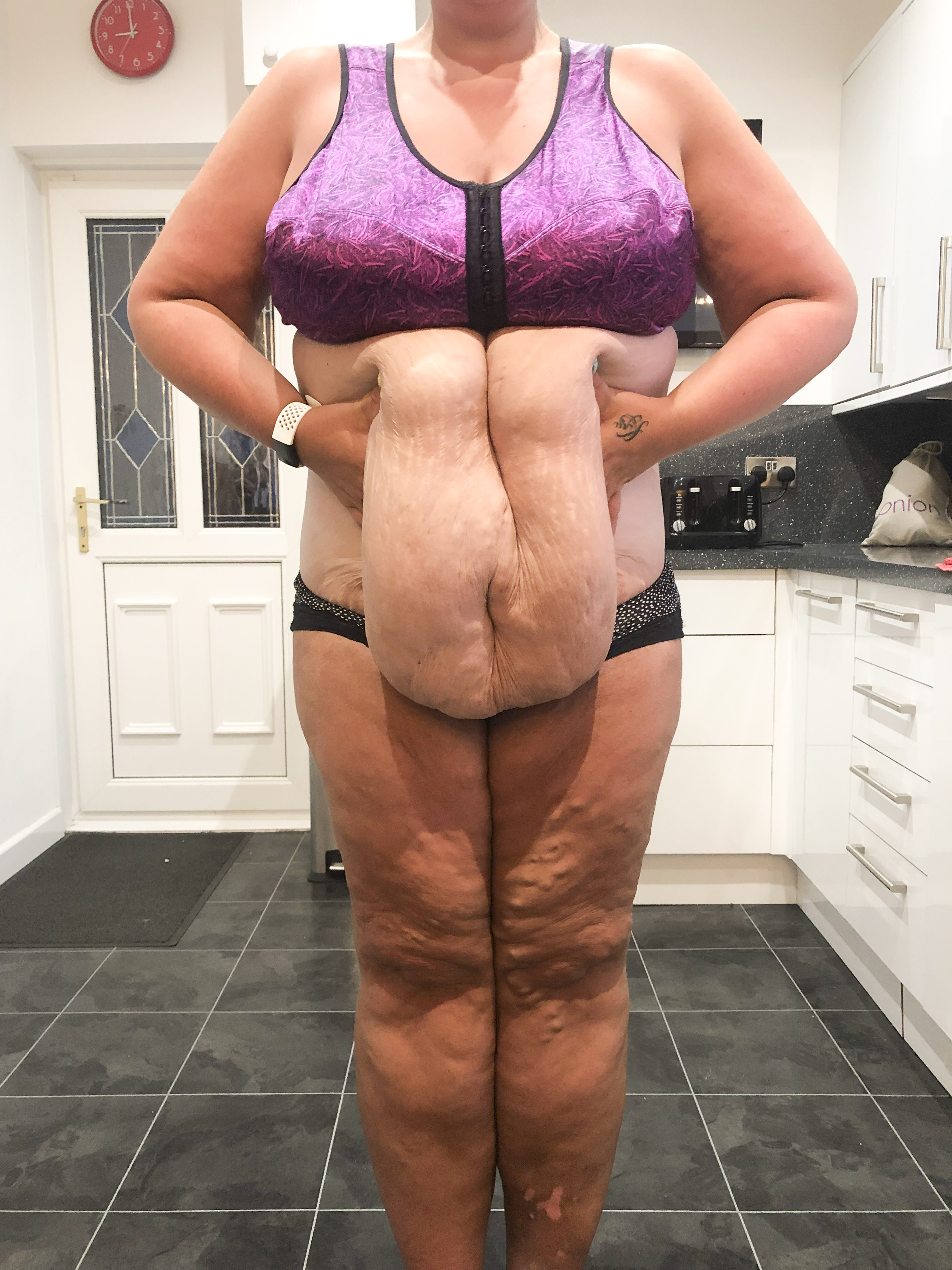 At her heaviest, the brewery worker, from Poole, Dorset, weighed 32 stone and spent 10 years trying to slim down on her own.

However, Steff managed to lose 12 stone after having gastic bypass surgery last December.

As a result of her weight loss, Steff has been left with 15 pounds of "painful"excessive skin which "bounces" whenever she moves.

She is now hoping to fund another operation by asking strangers to donate to her GoFundMe page. 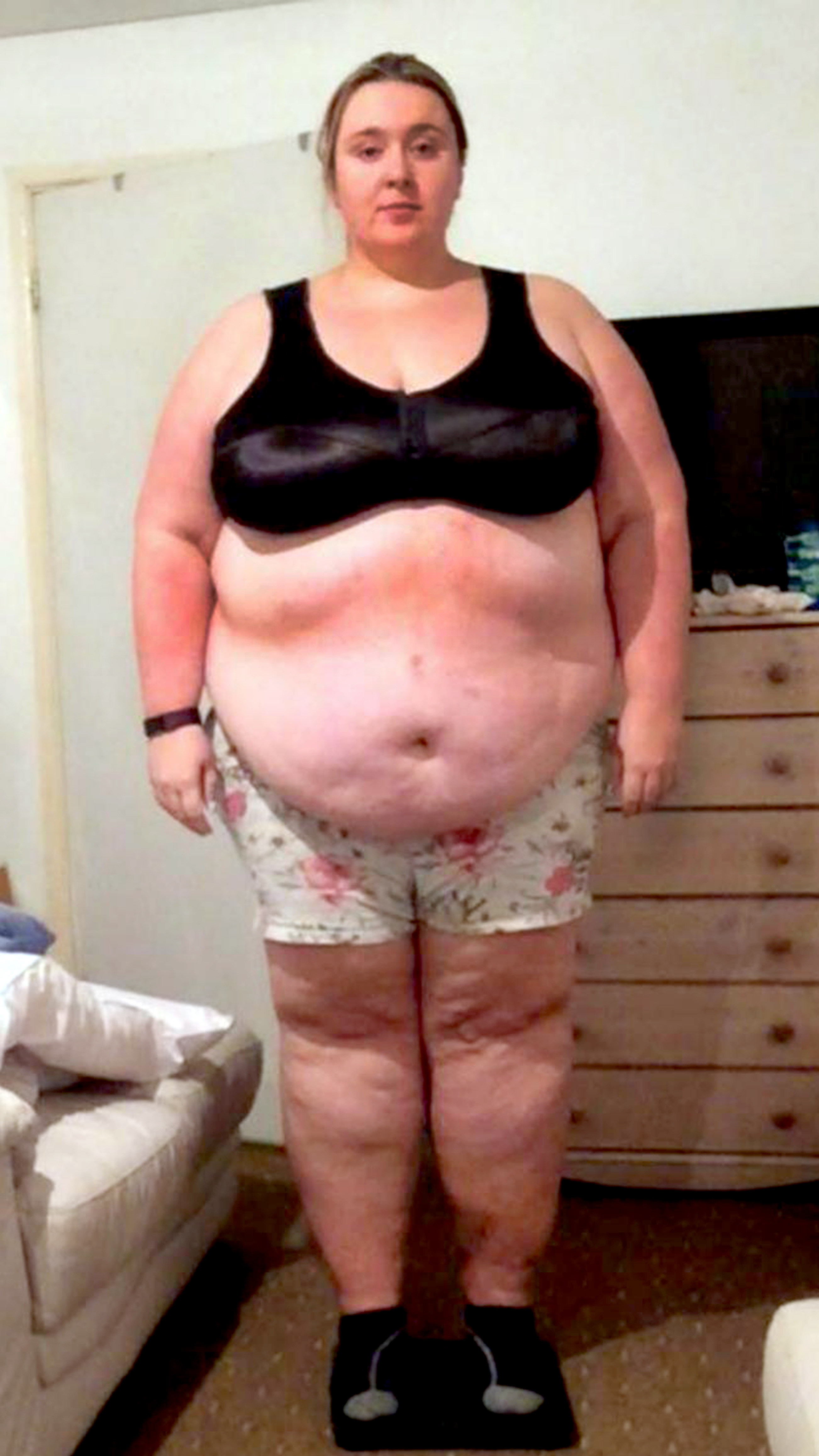 "Having the skin removed would be life changing," Steff said. "I've spent my entire life getting gradually bigger regardless of the effort I've put into exercise or dieting."

Commenting on how her weight has affected her self-esteem over the years, Steff added: "I have never been slim, been able to wear a skirt or shorts without feeling horrific or getting dirty looks or comments made.

"Being able to not feel like the biggest person in the room, being able to look in the mirror and like what I see will change my life."

"I’ve had people shout “run fatty” half way round a marathon from a pub bench whilst drinking beer." 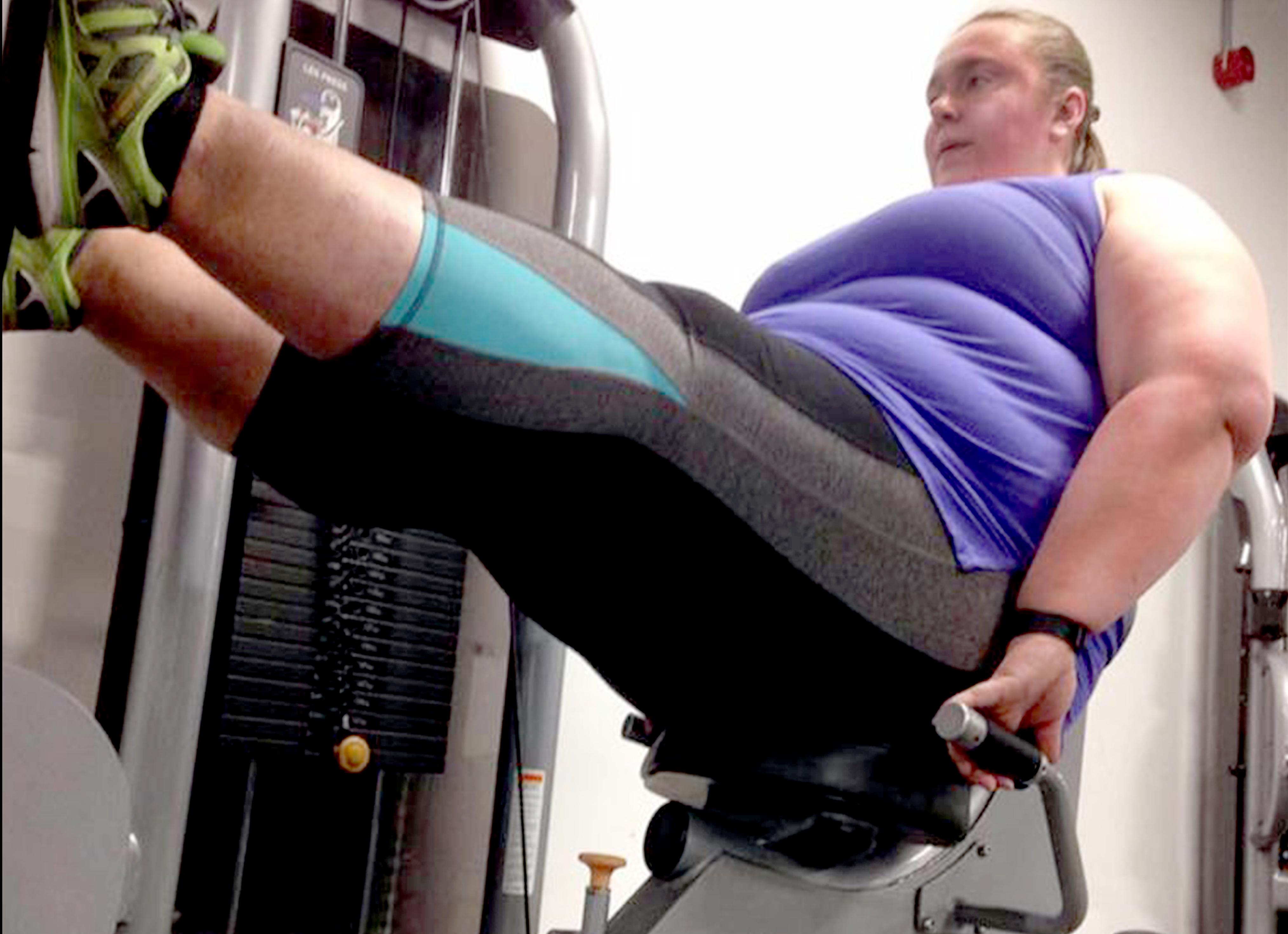 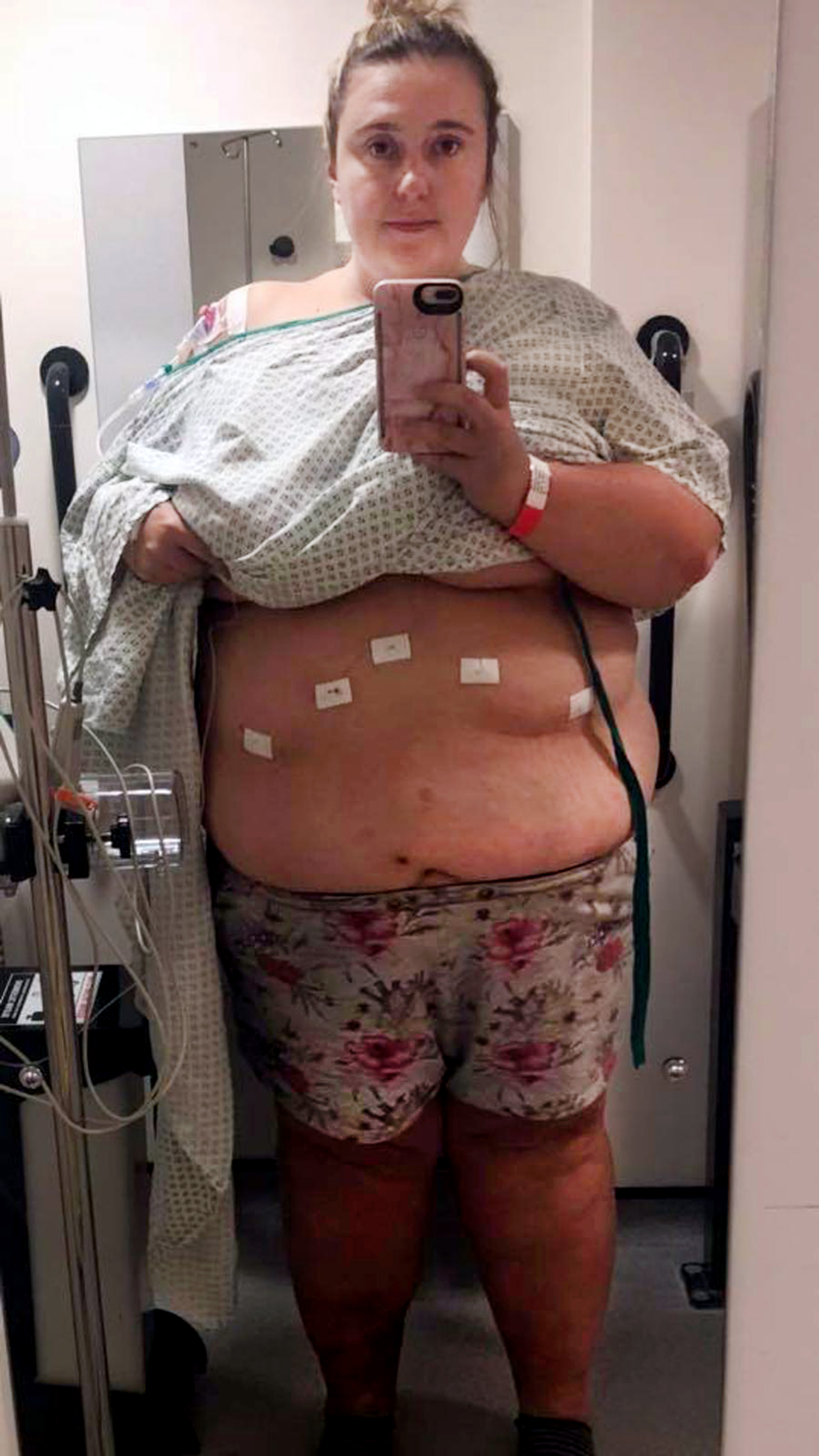 Although she was clinically obese, Steff said she frequently ran marathons and maintained an active lifestyle by playing sport – but doctors refused to believe her.

She said: "Even at that weight I was running and exercising as much as I could.

"I had run several marathons in the previous years, was going to gym several times a week, swimming and working a job on my feet anything up to 18 hours a day at times but even when I told people this they told me I must be lying.

"I was constant battle of having to take medals in to show the doctors or photographs of me taken during a run.

"I showed them my fitness logs just to try and get them to believe me, often to be told I could have purchased the medal on eBay. I'd show them food logs and food diaries only to be told I must be lying." 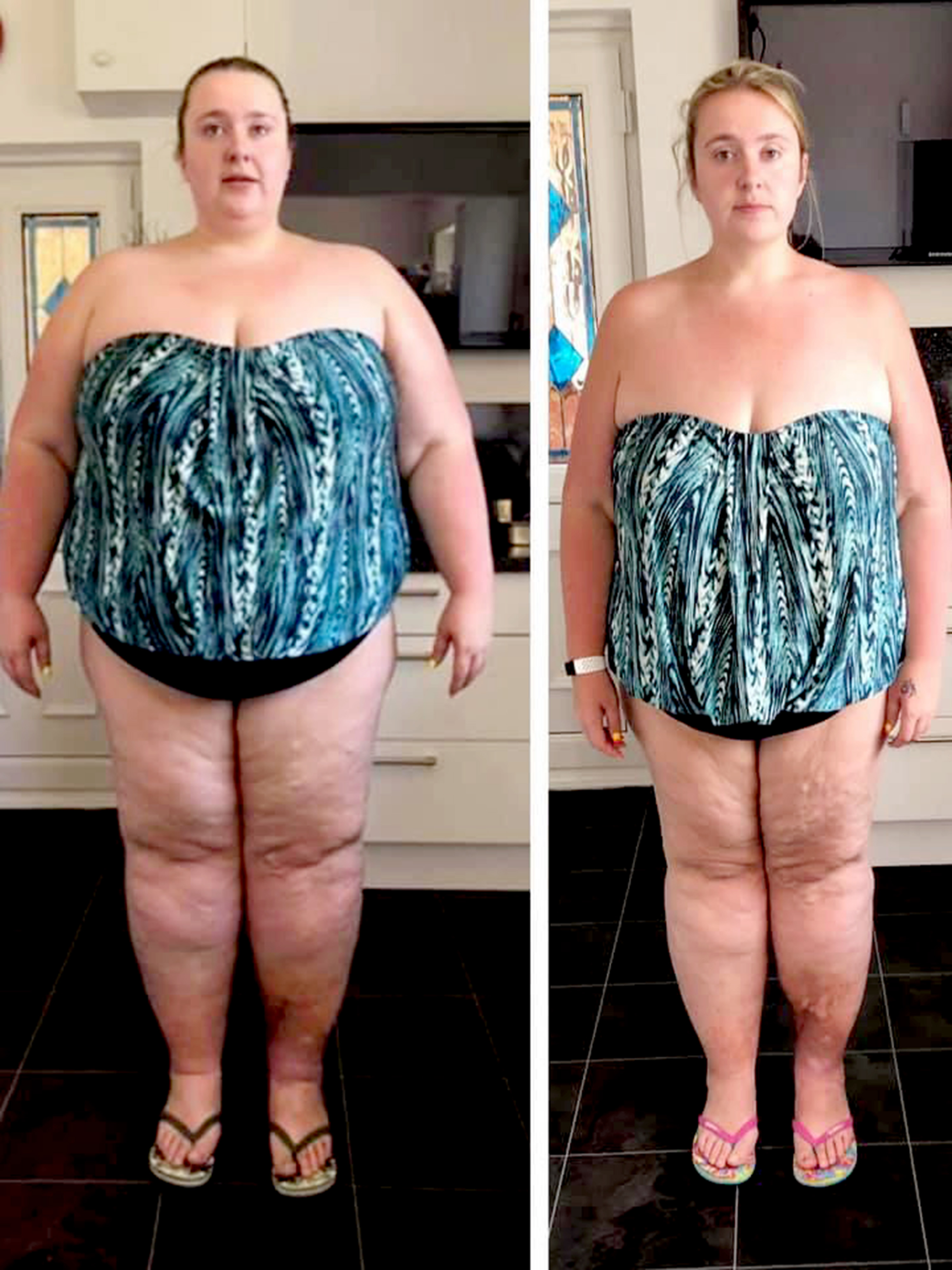 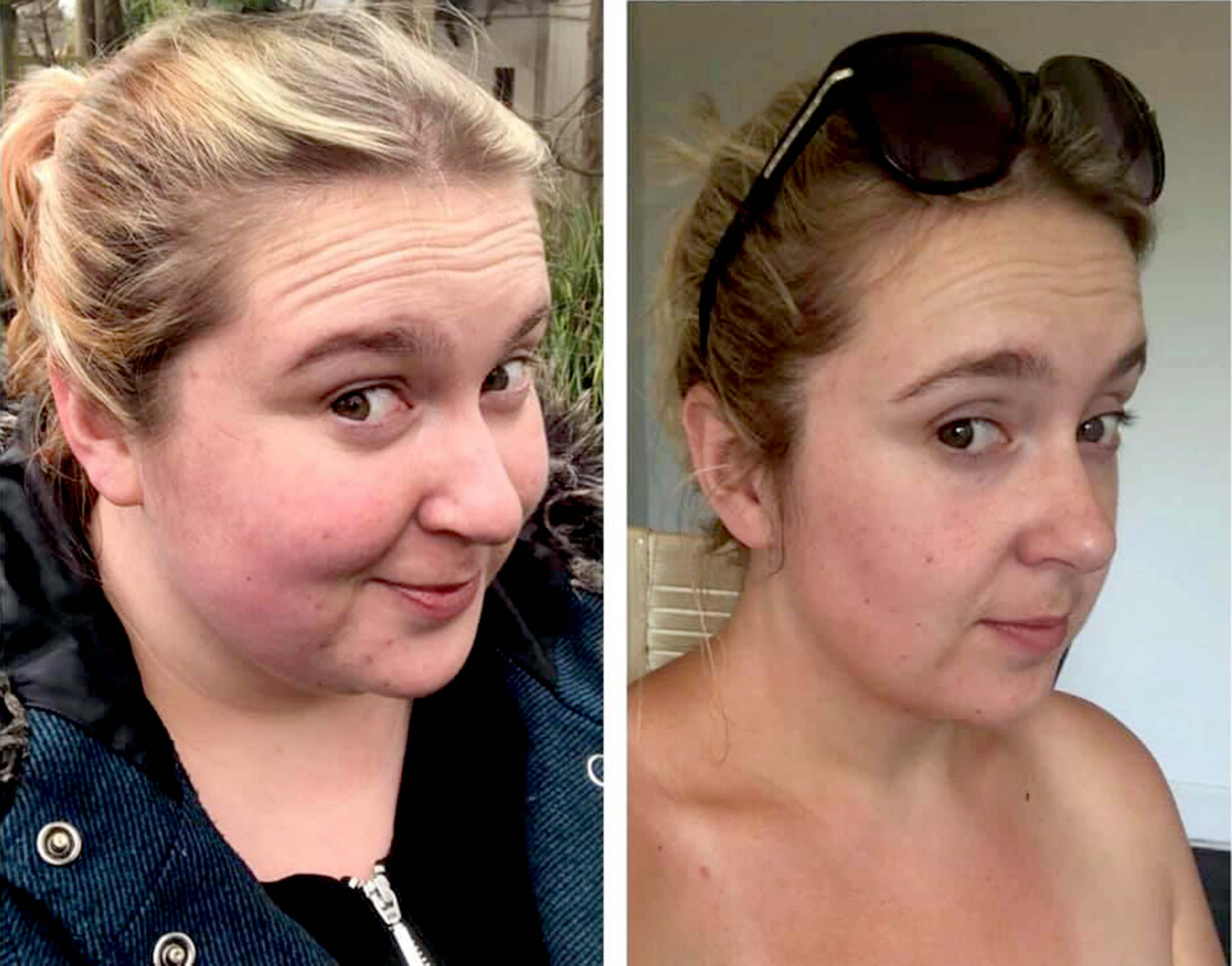 Despite her dramatic weight loss, Steff says she still feels insecure about her figure as a result of the excess skin around her arms, legs and stomach.

She said: "Under my stomach and the top of my legs get sore and wobble with every step.

"I get a rash on the skin on my arms. I can’t really run anymore exercise wise due to the pain of the bouncing skin.

"At night I wake up due to pain in my neck and shoulders which means I constantly have zero energy.

"I don’t like wearing short sleeves as my arms literally flap. You can also hear my legs clapping together as I walk which is embarrassing." 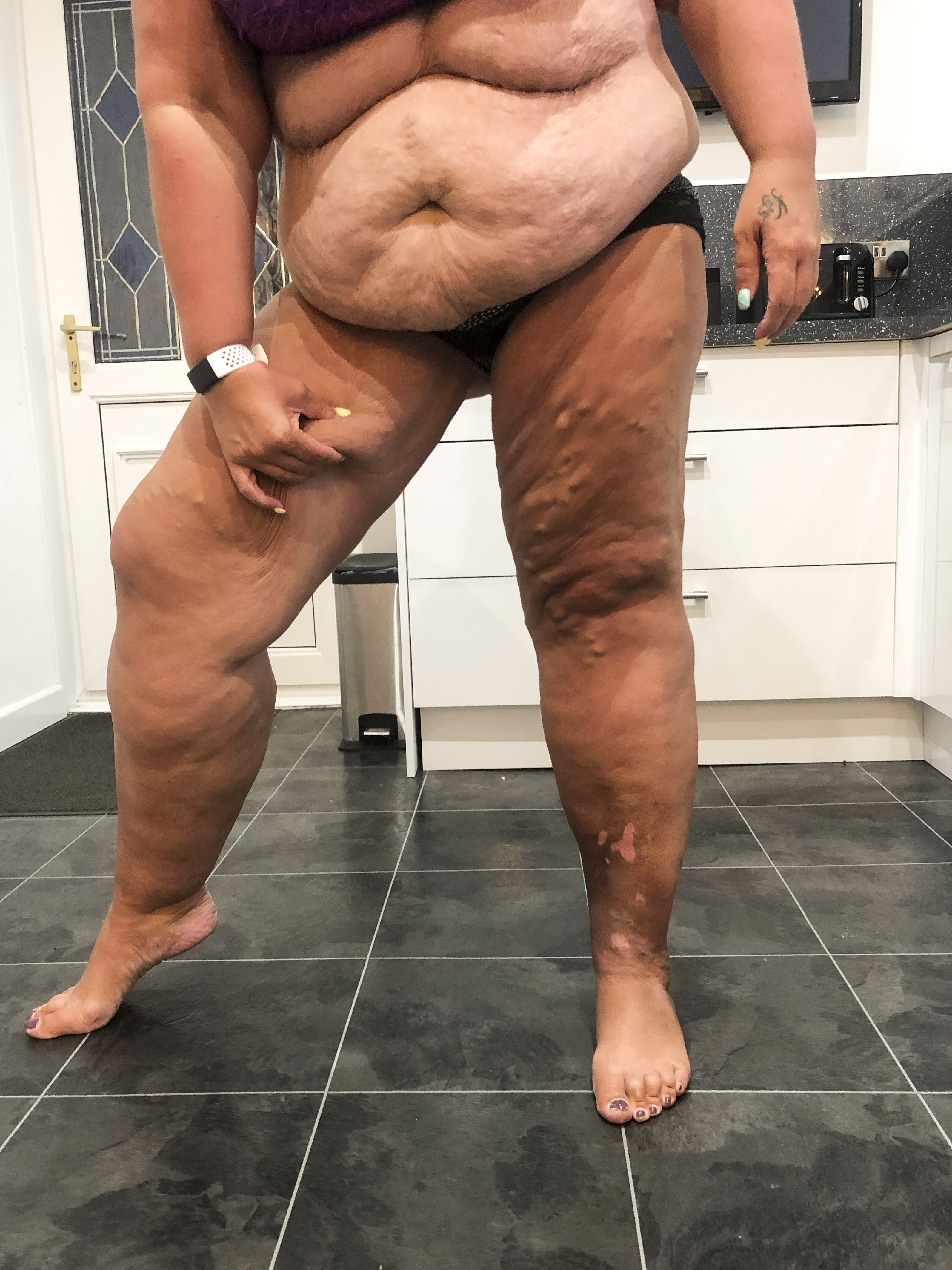 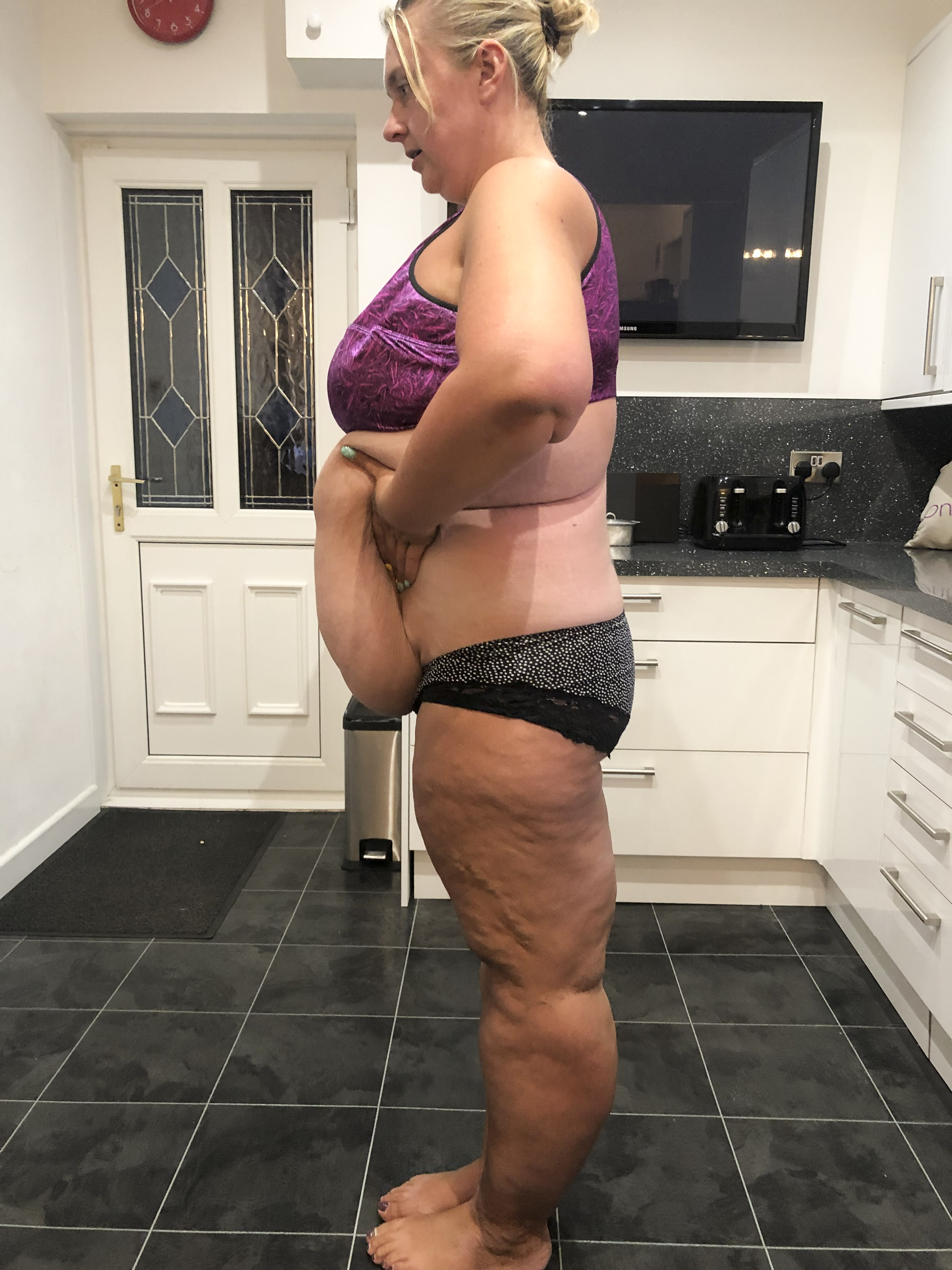 Steff has already received £290 in donations towards her £17,000 goal and plans to donate any money leftover to charity.

She said: "This is the first time I've put myself first. I've ran marathon's for charity and done lots of things for other people.

"I realise it's a large sum but being able to raise this money on GoFundMe will change my life.

For more weight loss stories, this woman has shown off her incredible eight stone weight loss after finding an insurance company to pay for her gastric bypass.

And this size 26 travel agent who weighed 24 stone is unrecognisable after losing half her body weight because she couldn't git in an aeroplane seat.

Plus a size 26 junk food addict lost an incredible 10 stone thanks to the Healthy Mummy diet.