Shelby, a nurse from Boston, USA, says she spent eight hours in hospital after being hit by a “distracted driver” driving at 55mph last June – but despite her mascara smudging her liner stayed perfect. 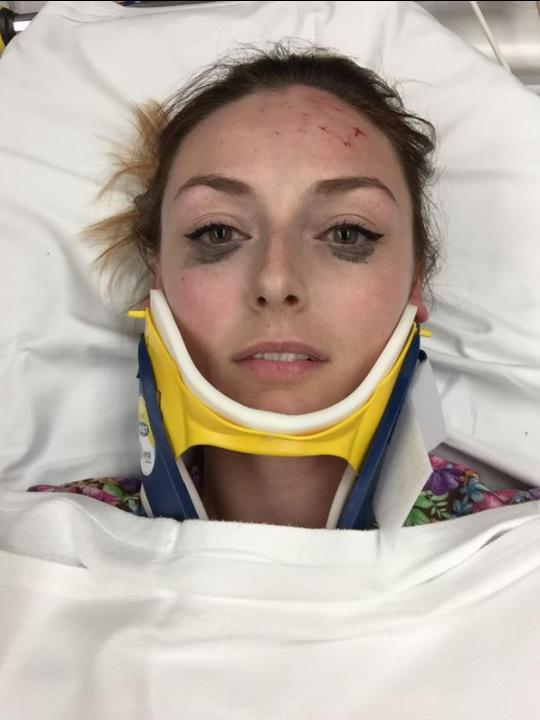 In her review, Shelby even shared a selfie showing her lying in a neck brace but with an immaculate eyeliner flick still in place.

Calling the product “amazing” in her five-star review, Shelby wrote: “My mascara was running down my face from crying and all other products had been wiped off in the transfer to the hospital. But not my tattoo liner.

“I am posting a pick [sic.] to show you, this product lasts and looks amazing through anything. Never buying any other liner again.” 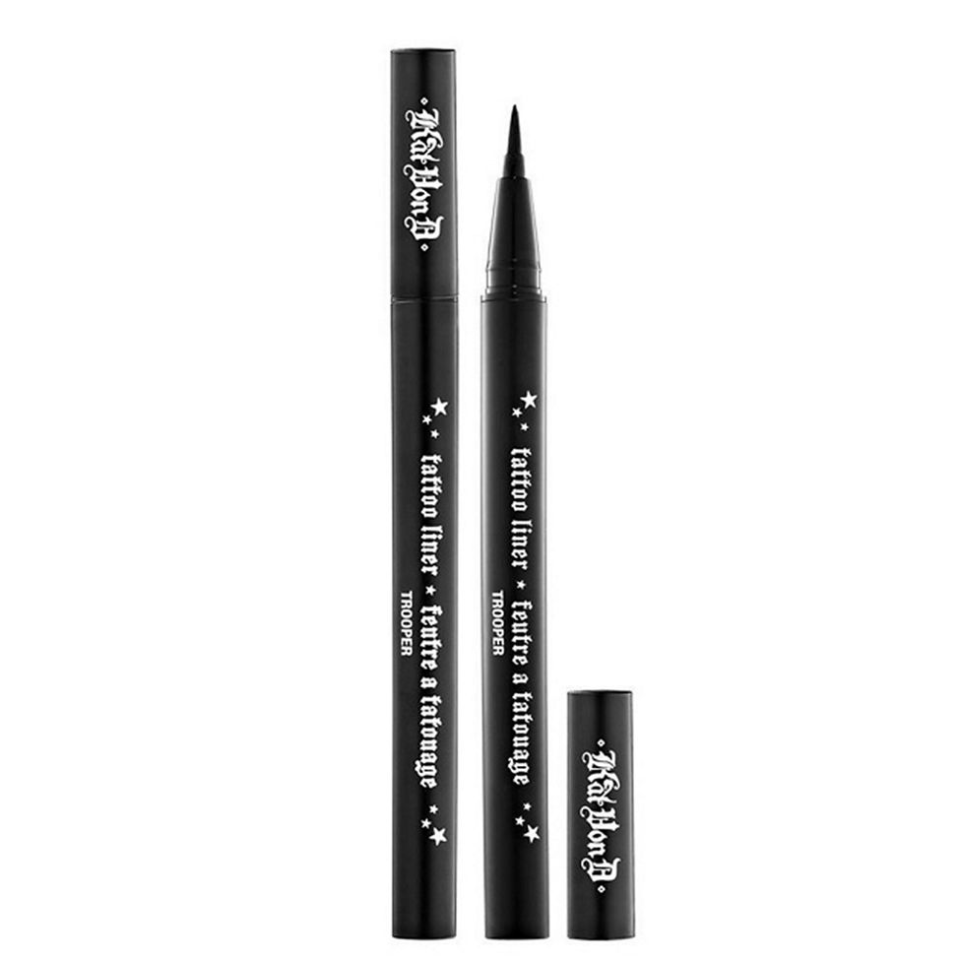 Sharing the review on Twitter, Lahari wrote: “Y’all I was really out here looking for a new eyeliner and look at this review lmfaooo She deadass took a picture in her neck brace I am deceased.”

Since then, thousands of beauty fans have liked, retweeted and commented on the post – with many deeming it the “best review” they’d ever seen.

Following the huge reaction, Shelby took to Twitter to defend her post-accident selfie writing: “Everyone’s hating on my review because I posted a picture of the makeup after the accident [but] 1. I took the photo for police evidence, 2. But have you ever seen such a good eyeliner?!” 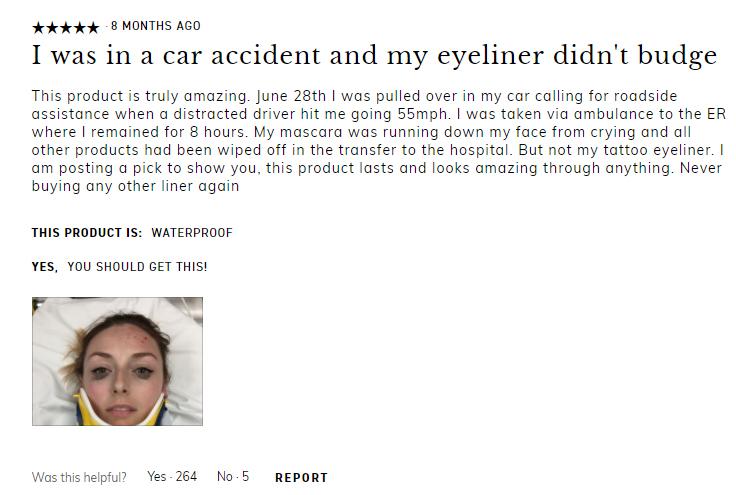 Writing about the accident on Instagram last year Shelby wrote:  “On Wednesday June 28th I was parked on the side of a highway, with my hazards on, calling for roadside assistance because I ran out of gas.

“While on the phone for help I was hit by a driver going 56pmh. I was treated in the ER for a cervical strain, closed head injury, knee contusion and forehead lacerations.

“I consider myself lucky to have walked away from the accident relatively unhurt and alive.

“The reason the other driver hit me is still not known. But I have my life and am surrounded by such great friends, coworkers and family.

“Mahalo nui loa [thank you very much] to the paramedics, doctors and everyone else who helped me.”

These Google reviews for restaurants in Pyongyang, North Korea are hilarious.

And this fish and chip shop gave hilarious responses to bad TripAdvisor reviews.

Planning to book a holiday? You might want to check out our round-up of the worst-ever TripAdvisor holiday reviews.