A WOMAN has revealed how she was able to transform the kitchen she “hated” for just £45 and in less than 24 hours.

Amba Douglas, from Maidstone, Kent, took to the Facebook group Extreme Couponing and Bargains where she shared the dramatic before and after photos of her handiwork. 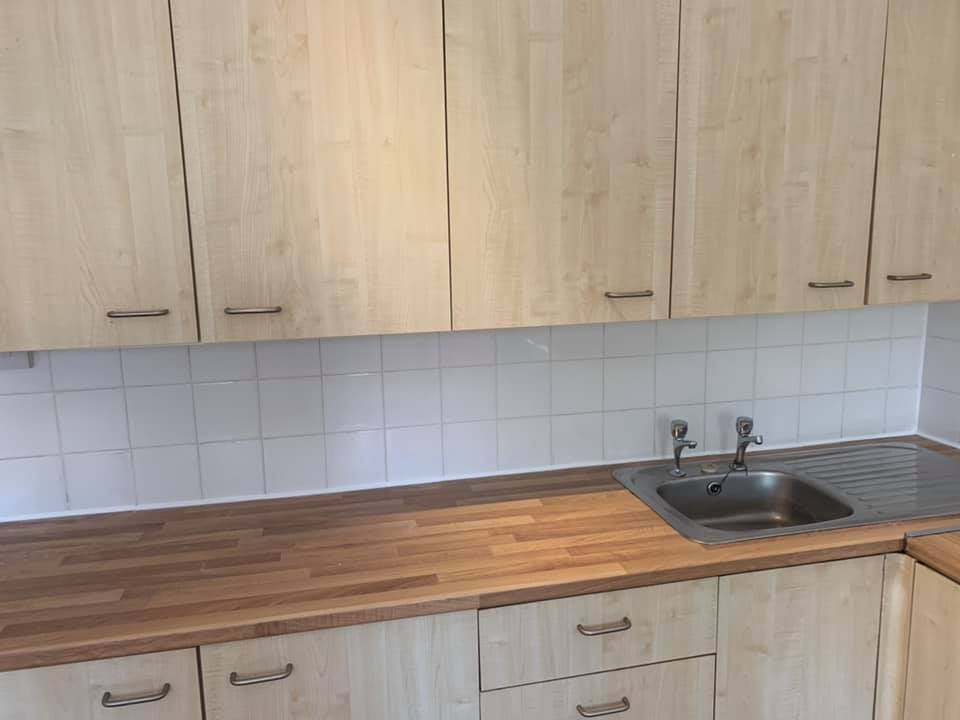 The before images see Amba’s lacklustre kitchen, which was made up of pine cupboards and an unremarkable wooden countertop.

But in less than a day her space has had a chic modern makeover with the after photos displaying sleek white cabinets and a marble effect work top.

Amba explained that she had purchased marble effect Fablon costing just £6.50 a roll and a gloss paint at £18 to achieve her dream kitchen.

She said that she had actually been inspired by another group member when it came to her DIY task. 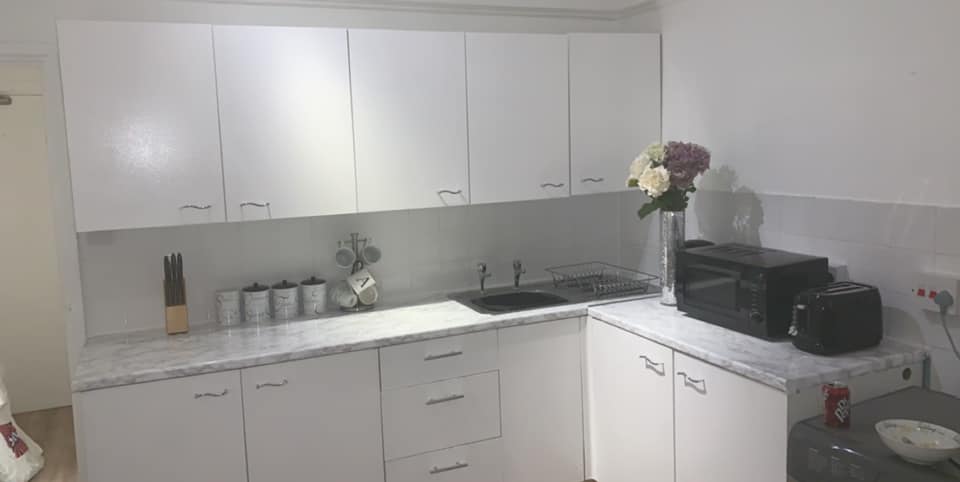 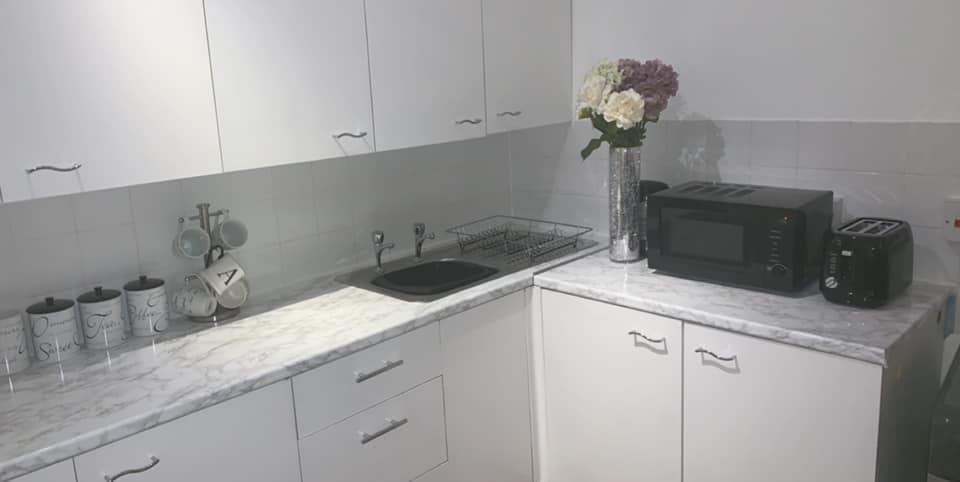 Captioning the photos she wrote: “Moving in to my new place this week and hated the kitchen I see a post on here yesterday that was amazing about revamping the kitchen for around 45 pound so today I took myself to B&Q and revamped my kitchen!

“I’m so in love. Thank you to whoever posted yesterday you have saved me a fortune.” 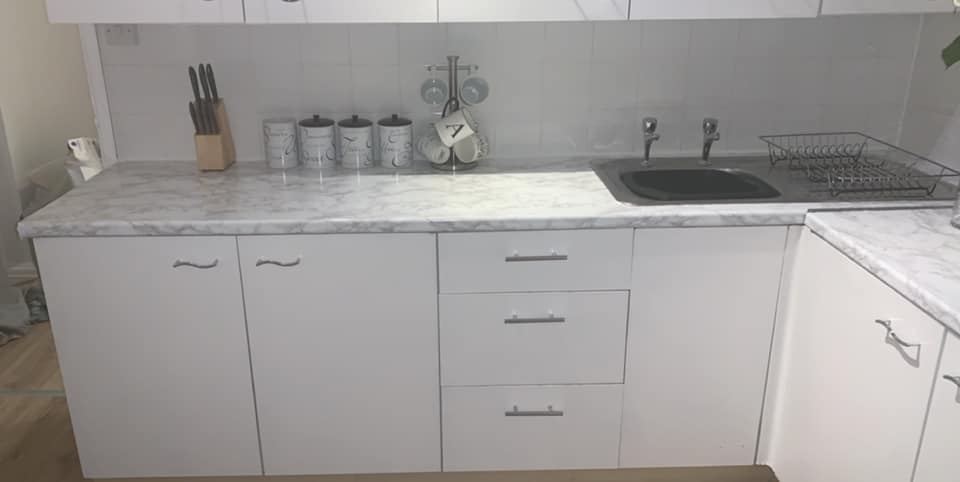 And it seems that fellow group members were equally impressed by her handiwork with her post amassing almost 3,000 likes in less than ten hours, and hundreds of comments from others hoping to achieve the look. 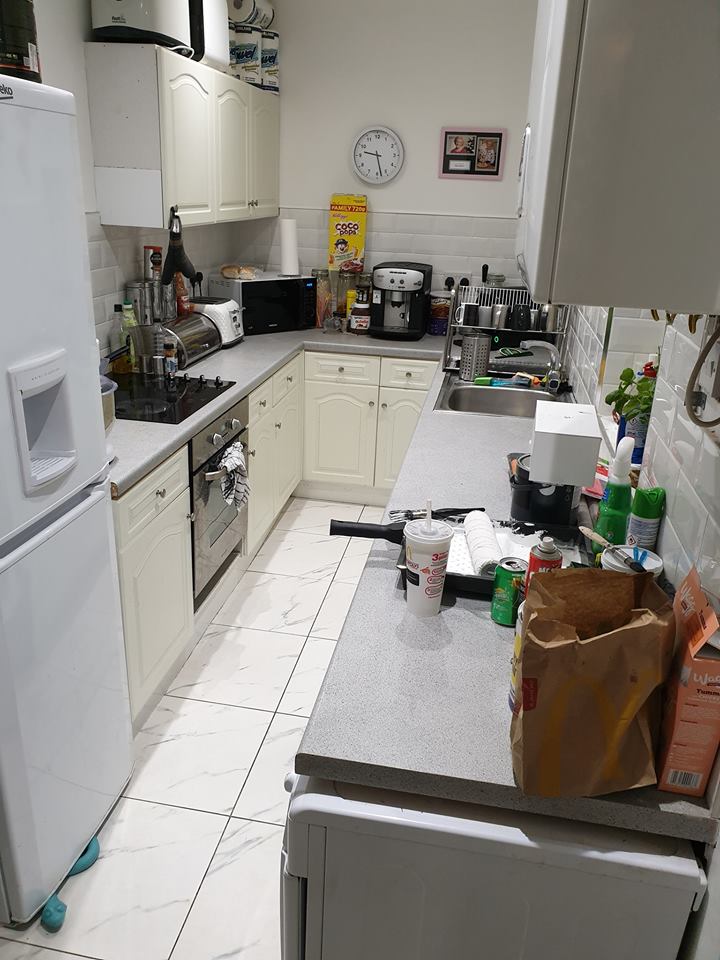 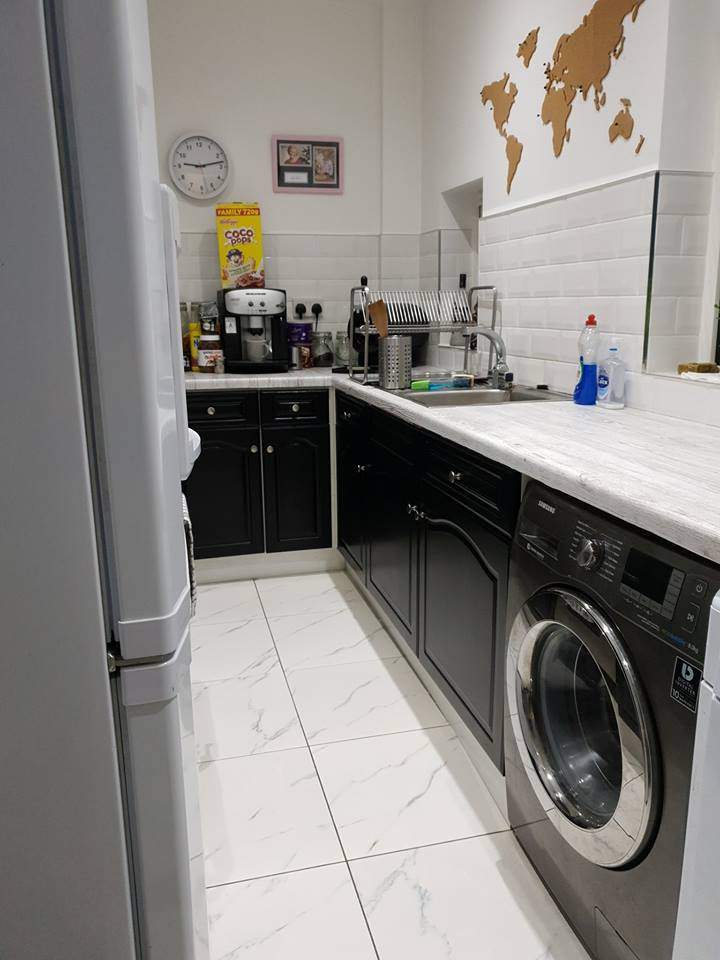 Another inspired group member wrote: “It looks amazing!! Thanks for your post. I'm going to do mine.”

Amba had been inspired by Stuart Renton who had shared his dramatic kitchen makeover in the Facebook group yesterday.

The Scotsman shared a series of photos revealing the dramatic makeover as well as the underwhelming before shot.

In the first image Stuart’s kitchen is far from a chef’s paradise with cream units and a tired grey work top making it look dated.

But after spending just £48, Stuart’s kitchen is completely unrecognisable thanks to an aged wood effect work top and chic navy cabinets.

In other bargain news Smyths Toys is giving away free Lego on Saturday to celebrate the launch of  the new Star Wars and Marvel Avengers.

And we revealed that B&M is selling Minky cloths for just £2.49 – but you can only buy three per customer.