Home » Woman reveals secret plug socket drawer where she hides her biscuit stash, but not everyone’s a fan 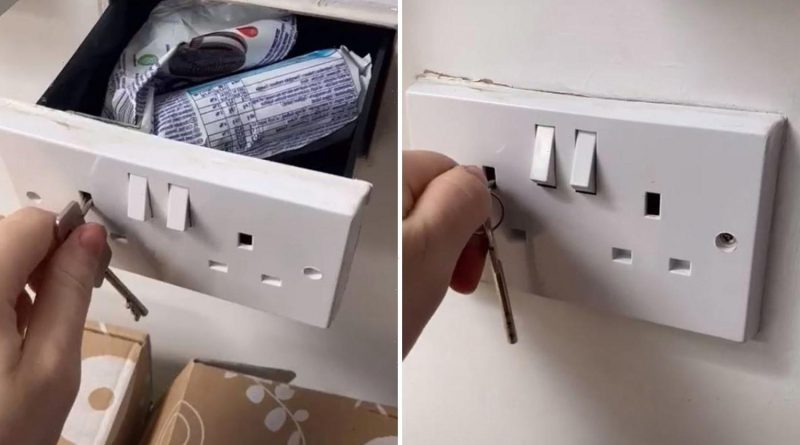 WHILE some may think that hiding your favourite biscuit stash in a faux plug is a genius idea, others are seriously concerned by the idea as one woman's video on TikTok has proven.

TikTok user @hatoes shared a video showing the clever way she likes to hide her Oreos in a secret drawer from everybody else in her house. 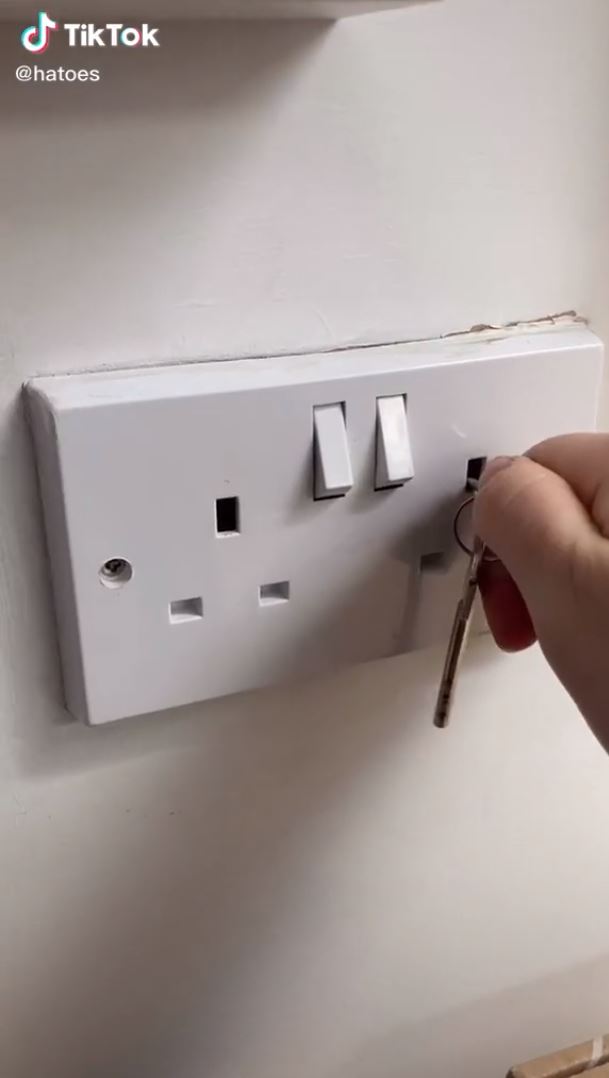 At first glance it looks like your ordinary plug socket, but if you tried to use it to plug something in, you'd soon work out it was actually a fake.

Instead, it holds a secret lock to a hidden drawer that can only be opened with a key, with the woman, known as Hattie, demonstrating online.

"Just remembered this exists," she said, as she filmed herself opening the hidden nook and filled it with packets of biscuits.

Hattie joked: "No one can still my Oreos now." 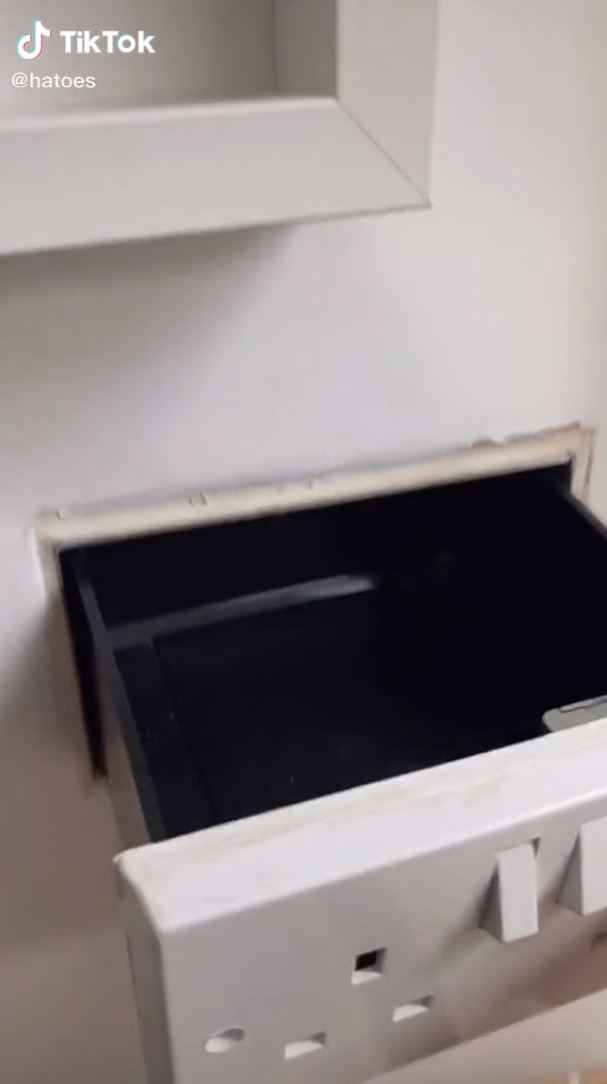 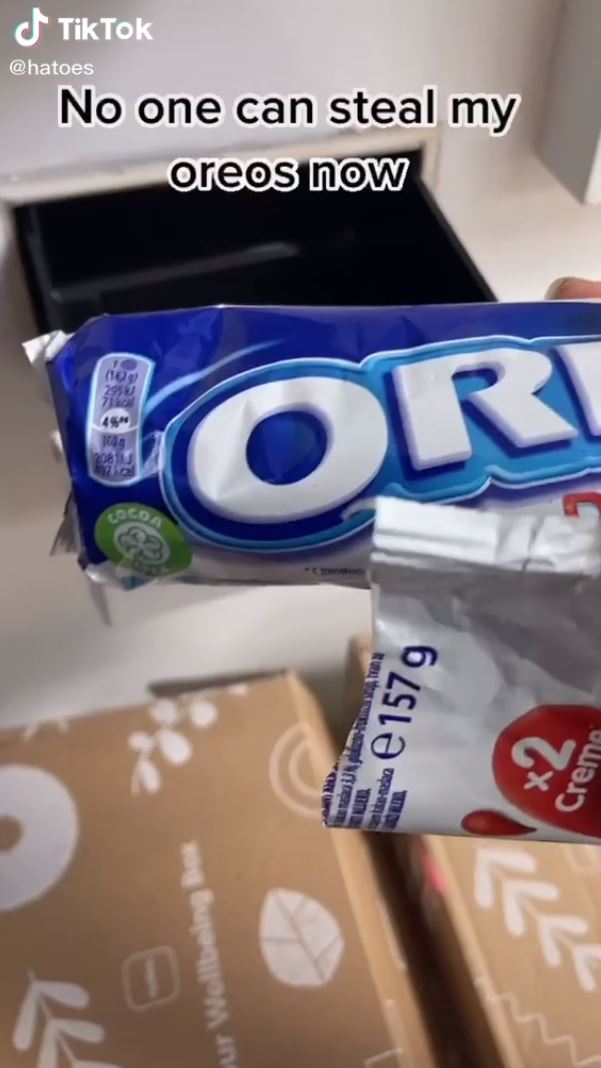 Is it brilliant? Yes, but her secret drawer also proved to be slightly problematic too.

It's common knowledge that you shouldn't stick anything in a plug socket as you can get an electric shock and many people were left terrified that one day she'd try to open a real socket with her key and end up hurting herself.

One concerned viewer posted: "But what if you mistake the socket for a different one?" 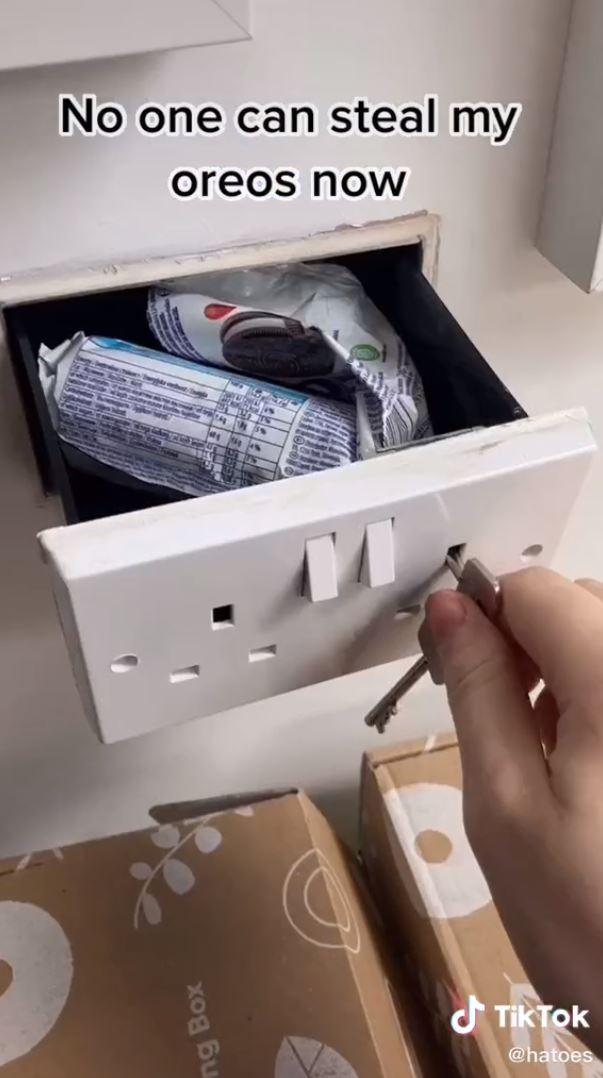 Cleary not everyone was a fan, as another pointed out that the secret drawer would soon be uncovered.

They said: "All good till someone tries to plug something in."

There were some, however, who were all for recreating it in their own home, as one mum teased: "Let's hide the alcohol in here."

Meanwhile, one beauty fan has revealed how they have kept their hair blonde for 11 years without a hairdresser – and it only costs them £2.

Plus, one woman who had a "hunch" her man was cheating reveals the genius way she caught him out.

And, savvy shoppers are obsessed with this kids' Tipi bookcase dupe that is £45 cheaper than the original.