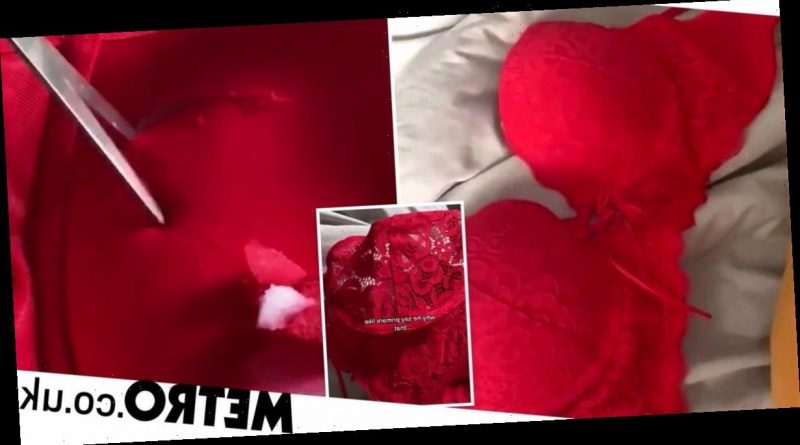 A woman has taken to TikTok to share the changes she made to a Primark bra she ‘never wore’ to make it look totally different.

In the video, an automated robotic voice-over reads: ‘Bought this from Primark but never wore it because it was way too padded’.

The red bra is shown in its original, firm-looking state, before the TikTokker picks it up and hacks at the padding with scissors.

One shot shows the padding she removed to be at least around an inch thick, with the voice-over saying: ‘Damn she thick.’

With the way the video was edited, it’s unclear how long it takes the woman, who posts under the username ellabennyxo, to remove all the padding.

However, it appears to come away from the bra pretty cleanly and the finished product looks completely different.

With the padding removed, the bra cups are now sheer, lacy and pretty sexy if we’re being honest.

The video itself is captioned: ‘Actually came out rlly nice and it was like £4 or something’ [sic].

The video has been viewed nearly 230,000 times so far, and commenters are loving the new and improved bra.

One wrote: ‘OK Primark is the new cheap Victoria Secret,’ [sic] while another said the clip ‘just changed my life’.