A WOMAN shared a crafty hack for cleaning hard-to-reach blinds to a Facebook group and it's members were impressed!

The unnamed woman discovered that within just a matter of minutes her filthy blinds were left gleaming with the help of just £2 tumble dryer sheets. 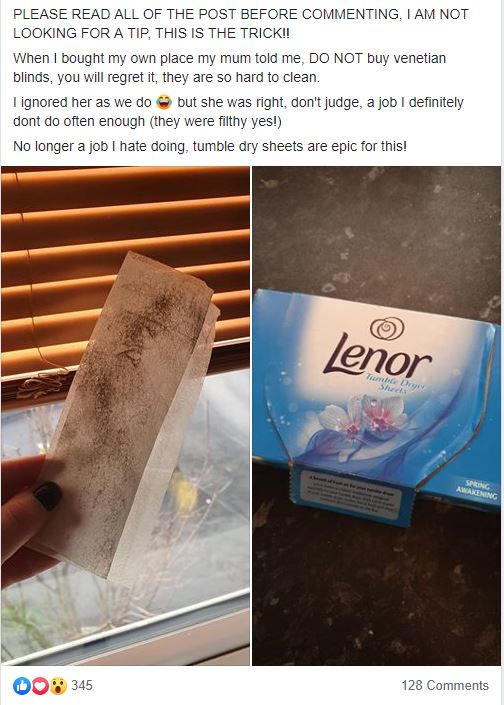 "When I bought my own place my mum told me, DO NOT buy Venetian blinds, you will regret it, they are so hard to clean."

Providing further context on how she discovered the useful tip, she continued: "I ignored her as we do, but she was right."

Before requesting that group members overlook how dirty her blinds were in the pics:

"Don't judge, a job I definitely don't do often enough (they were flithy yes!)."

She concluded that cleaning them is "no longer a job I hate doing, tumble dry sheets are epic for this!"

And fellow group members were more than impressed by the useful tip, with many immediately trialling it out on their blinds that some deemed "the bain of my life."

One agreed: "I do mine with tumble dryer sheets too."

While another said tumble dryer sheets on blinds "work well, and supposedly are meant to keep them dust free a little longer." 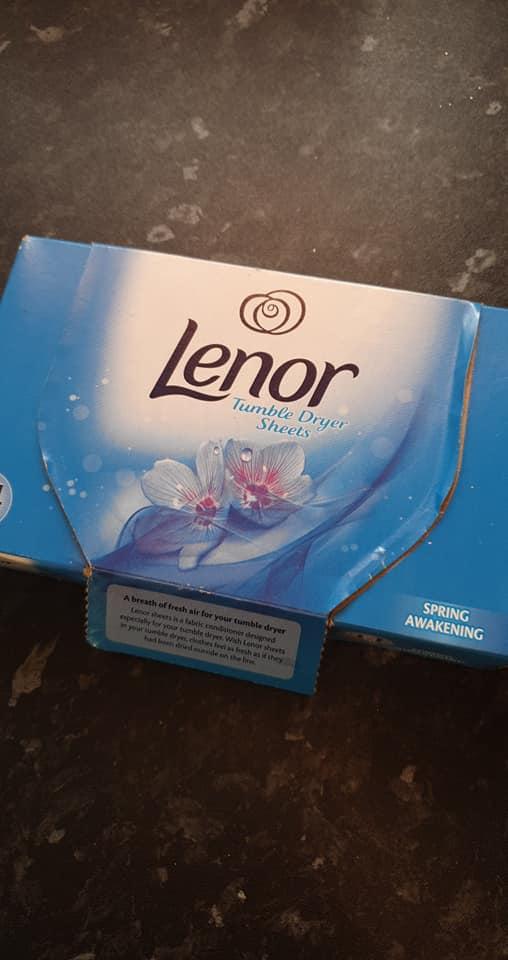 One member offered up a further hack, revealing: "I find the cheaper brands are better as they're not too stiff."

And another suggested they could be used elsewhere as a cleaning tool, saying: "They're great for keeping skirting boards dust free for longer too."

And the great news is at just £2 the tumble dryer sheets won't break the bank! 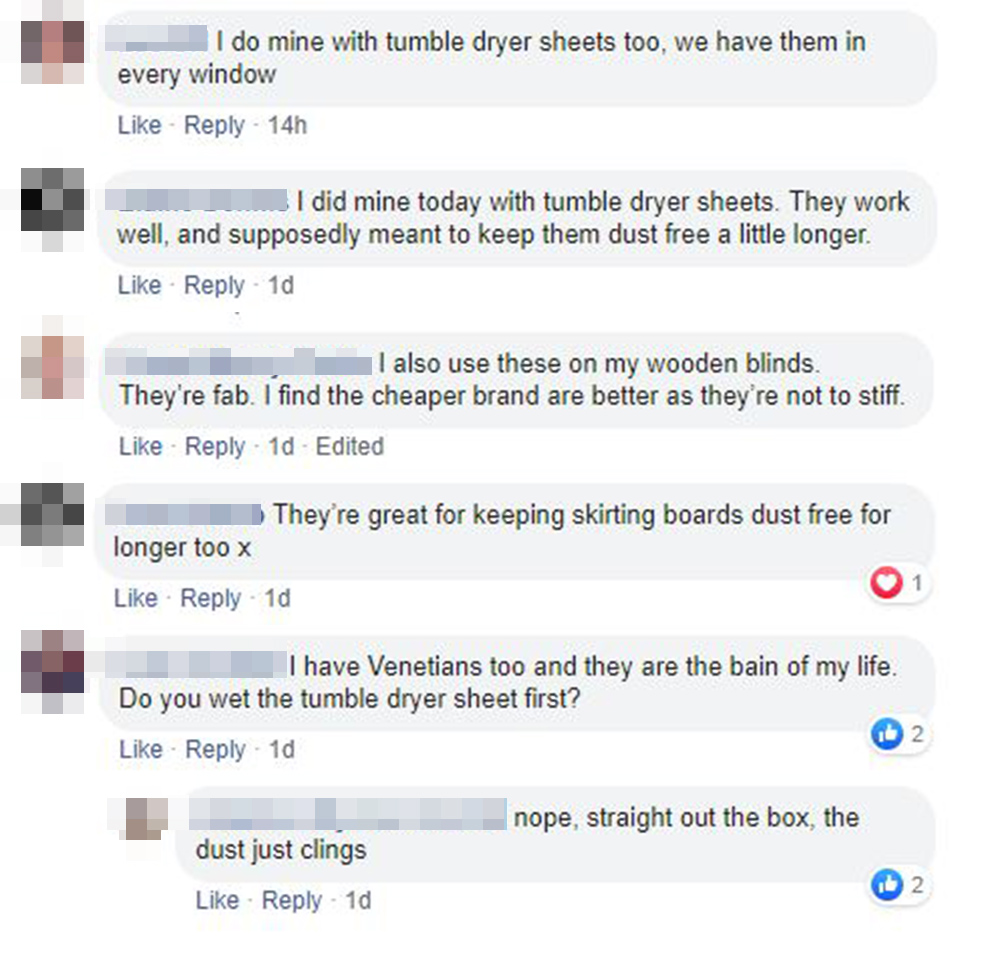 In other news we told you about the thrifty mum who revealed how to remove the most common stains from clothing – using beer, eggs and hairspray.

Plus, these husbands have shared snaps showing the hilarious reality of living with a pregnant woman.

And this mum has been celebrating her baby’s "frustrating" milestones like The Pincher and The Poo Touch – but how many do you recognise?