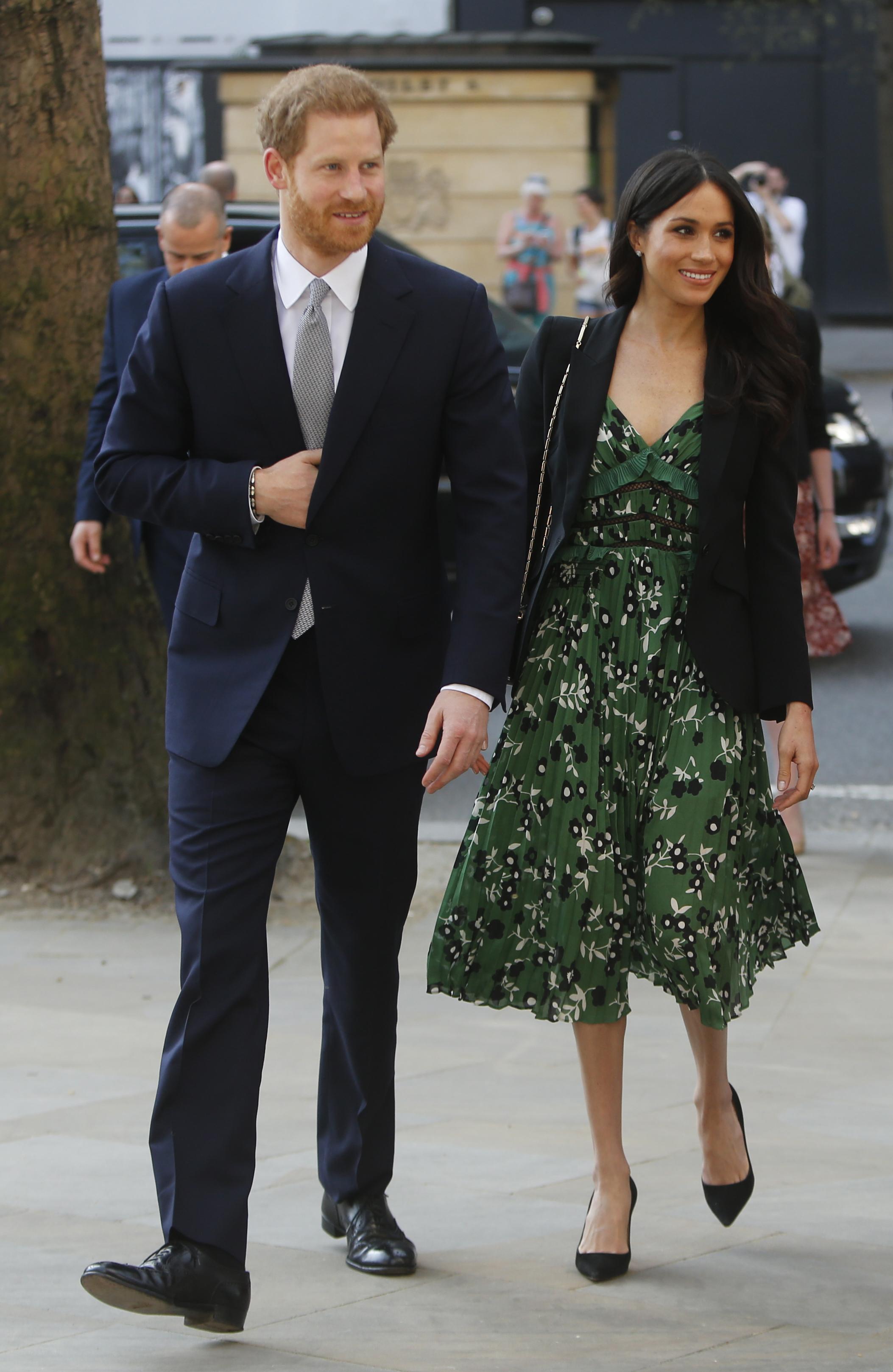 The pair previously ran a Kate Middleton fashion site, What Would Kate Do.

Amanda started it in 2012 while bored during maternity leave and “got a buzz” from identifying all the clobber the Duchess wore in public.

“We realised women were eager to find out more about Kate, her clothes and what she was doing.

"Readers were looking to find ways to add a bit of royalty and translate things Kate wore into their everyday lives.”

Christine contacted Amanda about wanting to help out.

They got on, did good work and have been a team ever since. With hundreds of miles between them, they have never met in person.

Amanda said: “We do work some very random hours – sometimes one of us is awake in the middle of the night, or sometimes we call in a team member to help when we’re both exhausted!

"We do cover every event live though, so we’ve become quasi night owls and morning people all at once.” 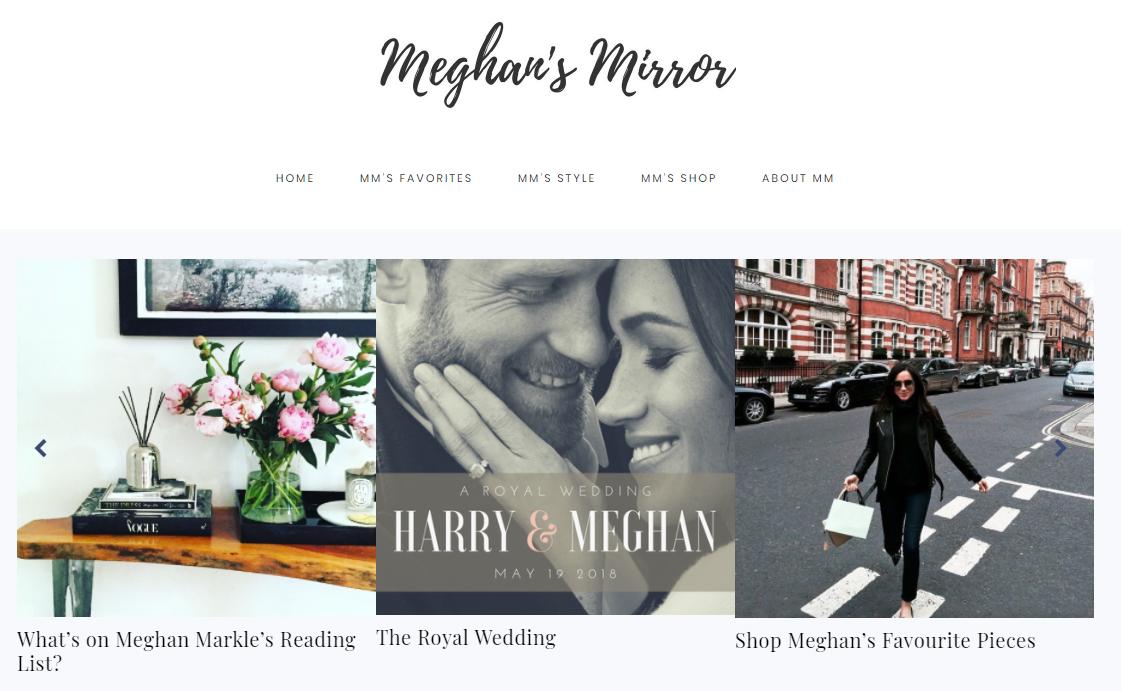 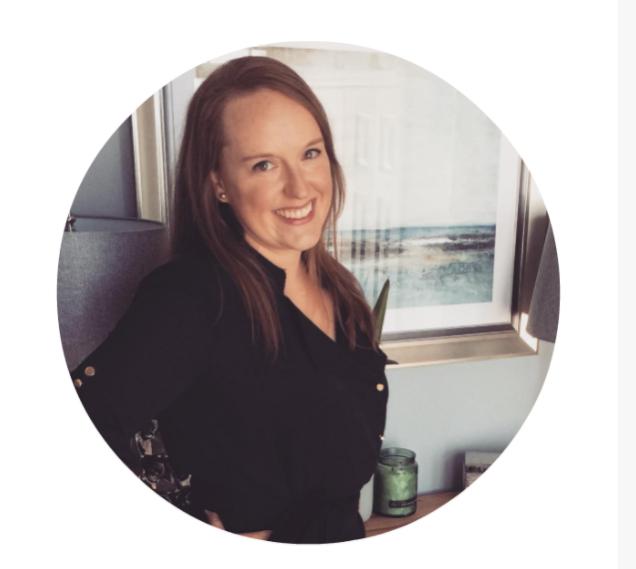 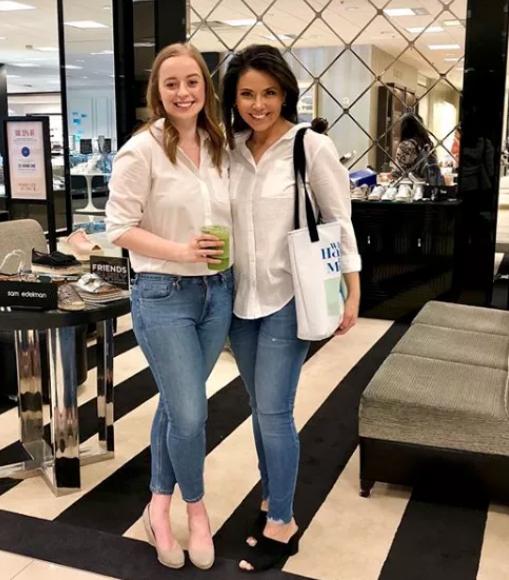 They use an “incredibly active” iMessage feed, emails and FaceTime to communicate.

It was during one of their chats that they decided to launch a second blog, Meghan’s Mirror, in the summer of 2016.

They recognised Meghan, both are avid Suits fans, heard rumours that she was dating Prince Harry and knew their Kate audience were already interested in her style.

Amanda said: "Meghan’s great sense of personal style and her message of living an inspired lifestyle was enough for us to be passionate about her. Prince Harry only added to her allure.

"We decided to take a leap of faith in the relationship between Meghan and Harry and started Meghan’s Mirror in October 2016 officially launching in November 2016.

"We noticed that women were curious about the pieces Meghan wore.

"While there are so many people interested in Meghan’s exact wardrobe there are many others who seek inspiration from the shape, style, colour, texture ideas or expression of her clothing. That’s where we come in. 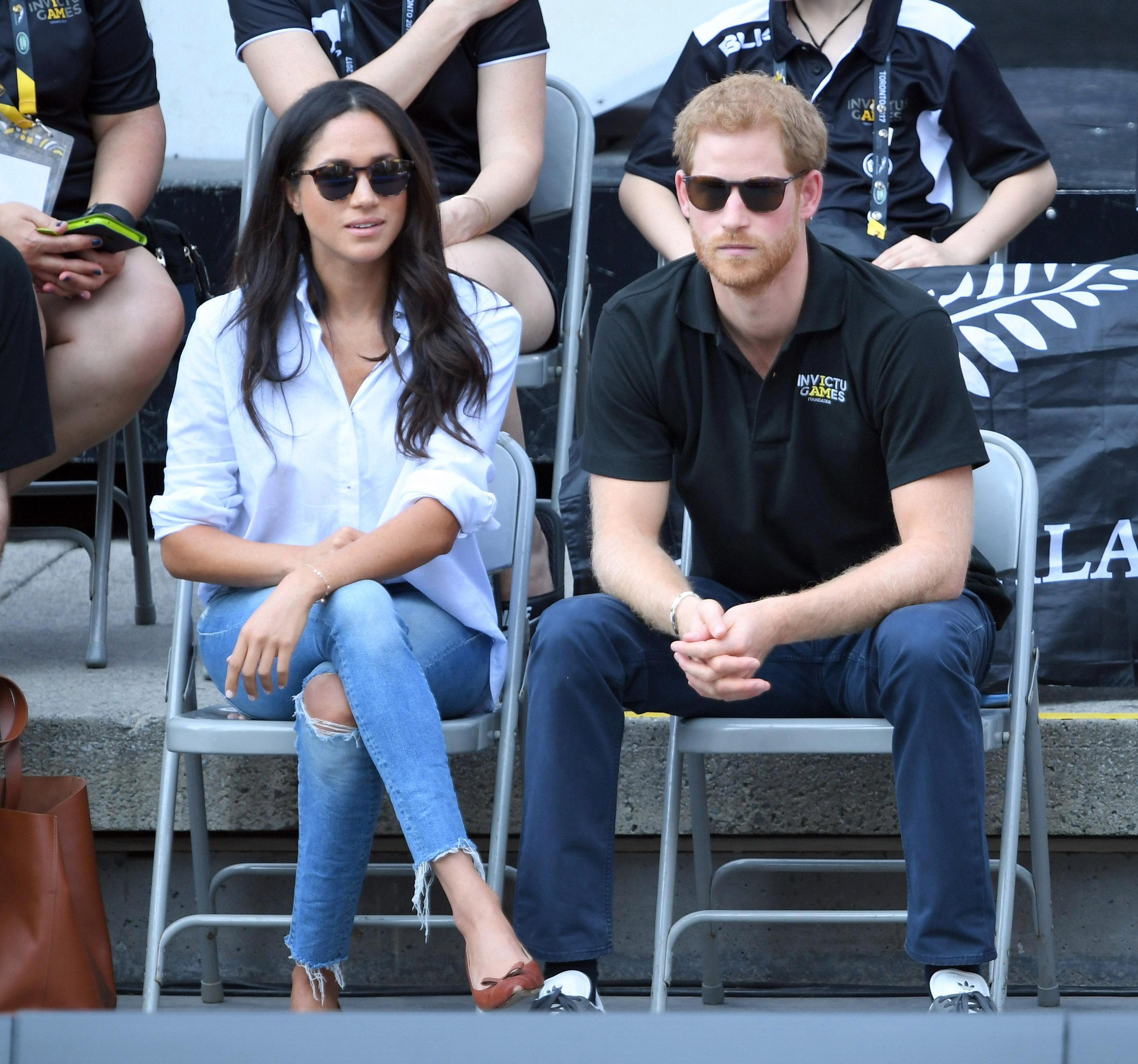 "We’ll tell you what Meghan was wearing – a glimpse into her mirror if you will – and  how you can get the look with the help of our professional stylist team and our famous MirrorMeg options.”

Identifying each and every part of Meghan’s outfit is no easy feat.

Amanda and Christine work with a team of 10 to 15 – this includes editors, administrative teams, fashion stylists, technical experts, writers and research analysts.

They have “incredibly strong” PR and brand contacts and receive operational notes from Kensington Palace.

The website now attracts 200,000 readers a month, who are based in the UK, US and Canada, as well as more unexpected regions including Iran, South Africa and Afghanistan.

They are making money from the site but “prefer to not divulge our financial position or operating models”.

Amanda said: “Meghan is a bi-racial, American divorcee who is marrying into the British Royal family.

"It’s unheard of! So many little girls out there have never had a role model look like them, from extremely modest beginnings like them or have shared so much of themselves with them like Meghan previously had on social media.

"It’s those women who have grown into a whole new audience for the platform of the Royal Family and that make us so excited to introduce Meghan to them.” 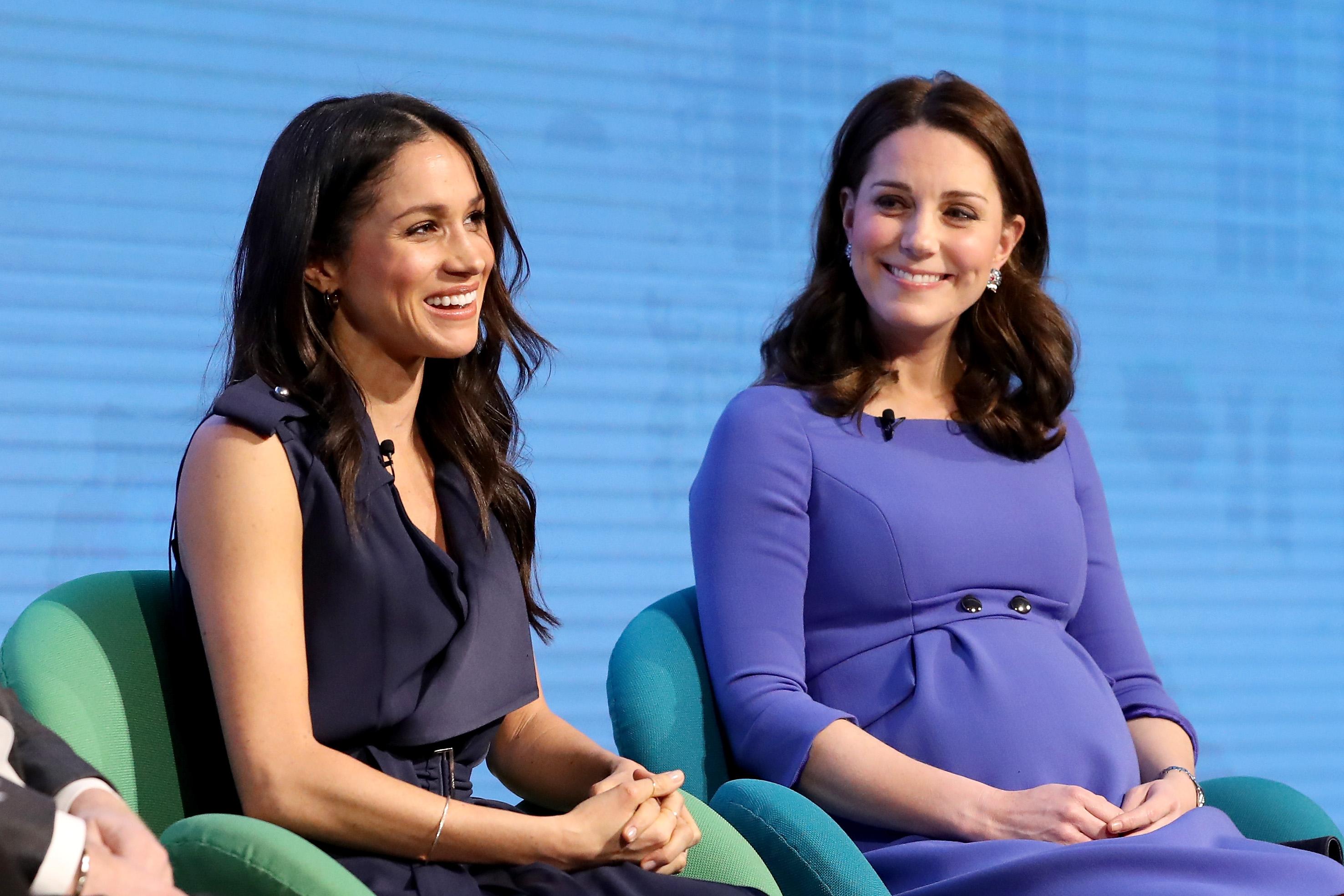 Amanda says the thrill in tracking Meghan’s wardrobe choice is because her style is so relatable.

The most popular post on Meghan’s Mirror to date has been the Erdem dress Meghan wore to a wedding in Jamaica.

She said: “We absolutely have sought inspiration from Meghan’s style – and have several pieces she’s worn in our own personal wardrobes.

"I have Meghan’s The Line chunky knit sweaters, while Christine can’t get enough of Meghan’s Finlay & Co. sunglasses.”

Amanda says there are very obvious differences between Meghan and Kate, but they share one major thing in common.

“Meghan is a blend of California cool, modern minimalist and lover of the neutral basic.

"Kate is a English country aristocrat look, perfected over the years of being member of the British Royal Family," she said.

"We think that the only overlap the two women share is their understanding of the power of the fashion they are wearing. Kate is known for adding local designers when she travels and is seen as an ambassador for British fashion.

"Meghan is very similar, paying homage to designers from her adopted hometown of Toronto and Canada while also being aware by virtue of her acting experience of the power of a look.”

They are eager to see what dress she'll step out in tomorrow, and will be on hand to comment on every minute outfit detail.

Meanwhile, here we reveal Meghan Markle’s life in handbags, from a cheap canvas tote to a £1k Zodiac clutch adorned with crystals.

Here's how to achieve glowing skin like Meghan Markle, according to her facialist Sarah Chapman.

Prince Harry and Meghan Markle’s wedding secrets revealed… from the cake to music and even that dress.