He told me he feels really excluded from his friends because they ALL have the game, they play together on teams and it’s all they talk about. 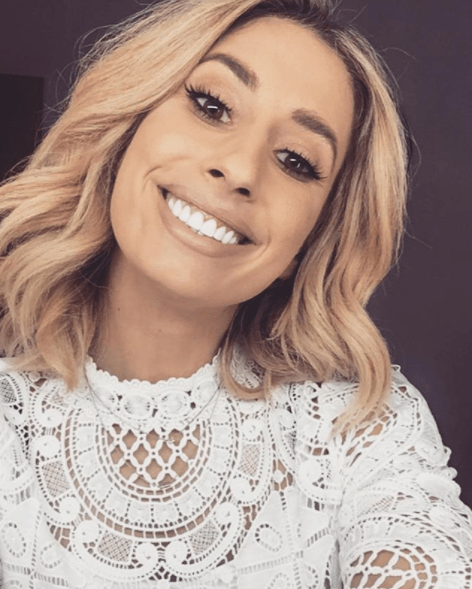 At first I thought he was exaggerating – surely everyone can’t have this game? But I spoke to his friends’ parents and it turns out they do! All the kids are playing it and none of the mums think it’s bad or that their children are too young.

So, I thought, “right, I’m going to have to give this a try myself”. I feel to really understand a video game, and whether it’s right for your child, the only thing you can do is play it.

I called my brother, who’s 13, and asked him for help – a scenario I often find myself in when it comes to anything computer related because he is a Jedi at these things.

He gave me his log in details, taught me all of the controls, told me the concept of the game and – hey presto! – I was in… 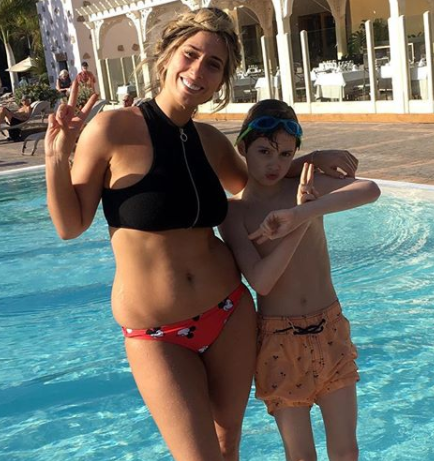 I randomly parachuted out of some sort of airbus onto an island with lots of different buildings on it. My first stop, without knowing anything about the game, was a place called Tilted Towers. Big mistake. Huge. I was eliminated from the game without even pressing a button!

Ok, let’s try again. This time I waited until the last stop on the airbus thing and parachuted as far away as possible. Woo! I was alone and loving life, sweeping up every treasure chest and ammo box in sight. What I didn’t realise was that a storm was forming. As I blissfully danced around the baron terrain, a purple fuzz filled the screen and before I knew it – bam – I was booted out again.

Grrrrr! Ok, I’ve got it now. Don’t go to Tilted Towers and stay inside the white line… here we go again! Oh dear, this is quite good fun…

I drop but make sure no one is near me because, honestly, I’m not ready for contact. I try to get hold of some good loot. I hide every time I hear footsteps or gunfire. The circle gets smaller and I have to follow the line so hiding is no longer an option. I start doing a strange crawl thing in an attempt to make less noise and hide in every bush I see along the way. 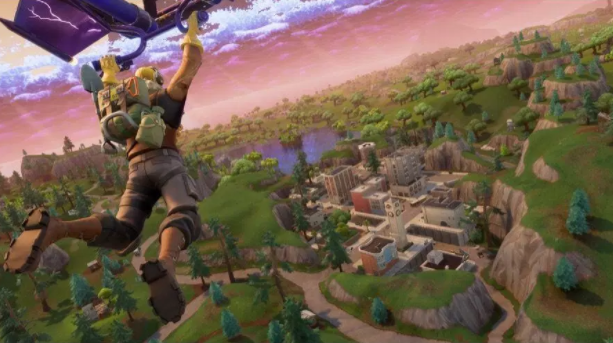 Ok, wow, turns out if you hide a lot, staying in the game and getting down to the final 10 players isn’t difficult. I’m so happy with myself. My heart is racing, I could win this. I’m amazing, I’ve mastered this game!

Oh no, this circle is ridiculously small now. I’m hiding in a small brown shack thing behind what looks like a telephone. I have a few seconds before I need to run into the tiny pin of a storm circle.

There are five people left and I am actually winning. Time to go. I make a run for it into the circle. Kapow! I’m eliminated AGAIN. I didn’t even see anyone, let alone get a chance to eliminate them. Where were they? Who are they? Why am I so bad at this game? And how is everyone else so good?

Josh gave me some advice early on: “You’re going to be rubbish so play with a squad and you have a chance of winning”. Now, I’ve never ever played a game interactively with people I don’t know because it FREAKS ME OUT. But I was desperate to get to the end of this game and maybe pick up a few tips from other players.

Fornite is the new video game which its makers, Epic Games, are calling the biggest in the world, with 3.4 million reported users as of February.

The lack of age restriction and gruesome content is worrying parents – but what exactly is Fortnite?

Fortnite is an online video game set in a dystopian world where 98% of Earth's population suddenly disappears, living conditions become difficult, and zombie-like creatures roam the Earth – the player is among the remaining 2% whose job it is to survive.

After the apocalypse, 'survivor bases' were set-up and each player is in charge of looking after these bases before trying to find a way to return Earth to normal.

Fortnite also includes a mode called Battle Royale, in which 100 online players are put in a battle field to fight until death until one player remains.

The video game welcomes players aged 12 and above.

The now hugely popular game was revealed in 2011 but only released last year.

Since its release it’s been available to play on gaming platforms such as PlayStation 4, Xbox One, as well as PC and Mac.

At the beginning of March developers announced they would be rolling out a mobile-friendly version for iOS and Android phones.

Epic said: “We believe this is the future of games. The same game on all platforms.

“Console quality graphics and action. Play when you want, where you want…”

After 20 minutes of staring at the home screen trying to work out how to put it on squad mode I was “readying up” with three random people.

Josh was wrong – to see how truly terrible you are at this game, just go on squad mode. They all jumped out at Tilted Towers, my worst nightmare. I got shot straight away and had to be revived by one of the players on my squad. This happened five times during the game. I was an absolute hindrance.

I may have completely ruined my brother’s Fortnite reputation – but I loved it! I thought I’d only been playing for 10 minutes and all of sudden it’s midnight! What happened?

I wake up feeling a little groggy. I walk into the bathroom to brush my teeth and find myself looking around for ammo. Somebody walks towards the door, I shuffle into the corner so that I can make sure I see whoever is approaching – I’ve officially gone mad. Phew, it’s only Zachary. I mean, of course it’s Zachary! Who on earth else would it be? 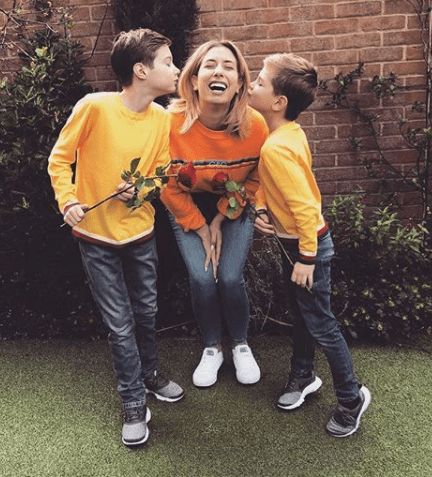 Zachary walks in to join me and begins brushing his teeth, too. I start thinking about last night. What I could have done differently, how I’m going to improve…

Zachary looks up at me with wide eyes, “So, mummy am I allowed to play?”

Sugar! That’s why I started playing in the first place. I’d completely forgotten the whole purpose of trying the game. This wasn’t supposed to be my game. Oh no, is it good? Is it bad? Can he play and stay safe from the dangers of online gaming? Waaah!

The only answer I feel would be appropriate at this point… “I’m still not sure darling, I’ll have to give it another go tonight.” Someone send HELP!

Last week Stacey revealed that, like many mums, she wets herself when she laughs too much or gets on a trampoline.

She also revealed that boyfriend Joe Swash comes last in her life.. and she's not sorry