Home » Fashion » World's first 'WEARABLE' contraception gets green light – but would you trust it? 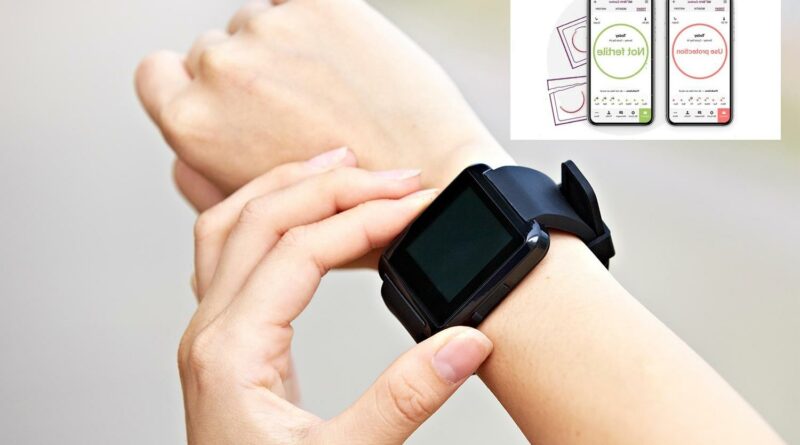 THE WORLD’S first "wearable" contraception has been given the green light.

But would you trust the device to prevent a pregnancy? 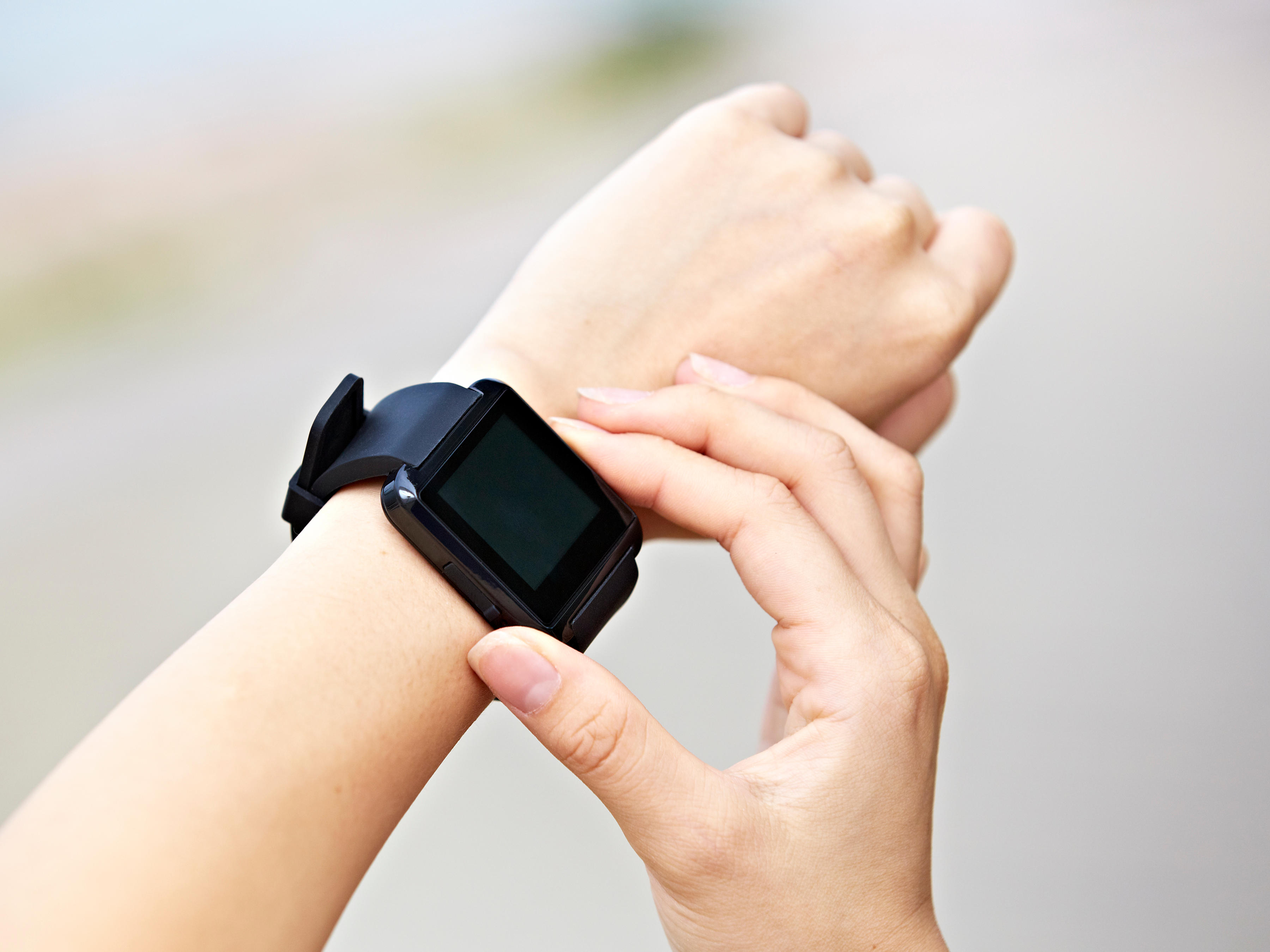 Until now, women who use Natural Cycles have needed to take a temperature reading with a thermometer every morning and input it into the phone app.

The app, which collects data over time to help with reliability, then tells women whether they are safe to have unprotected sex.

Now, the FDA in US has now given the go-ahead for Swedish firm Nature Cycle to rely on wearables already used by millions of people to read temperature.

Natural Cycles has not revealed what these could be, other than “popular consumer wearables already on the market”.

That could include devices like FitBit, Apple Watch and Oura Ring – which all monitor body temperature as a feature.

The Oura Ring has already been confirmed as part of the pilot, having been studied in tandem with the phone app in 40 women.

Results showed the app was successful in tracking the womens’ fertility using the Oura Ring with the same accuracy as a thermometer.

The company said it had plans to build its own device too.

It has also been granted the same clearance by health authorities in Europe, but the MHRA has yet to grant the same approval in the UK.

How does it work?

A woman’s temperature changes throughout a month, giving an indication of where in the menstrual cycle she is, and whether she is fertile or not.

There are around nine days of the cycle where a woman is most likely to get pregnant.

It is a natural method of birth control, as opposed to the dozens of medicinal options that alter a woman’s hormones.

If a woman knows she is fertile, she can either chose to stop having sex or use a condom. 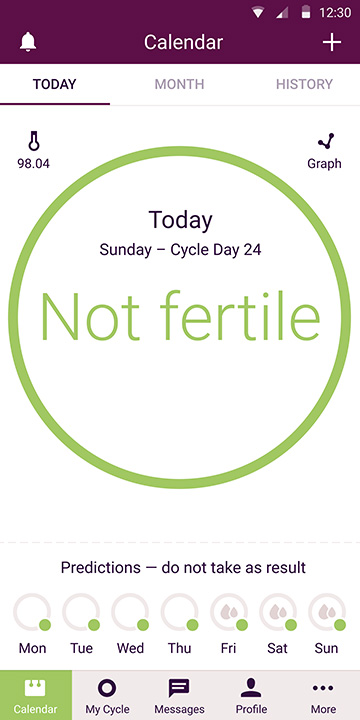 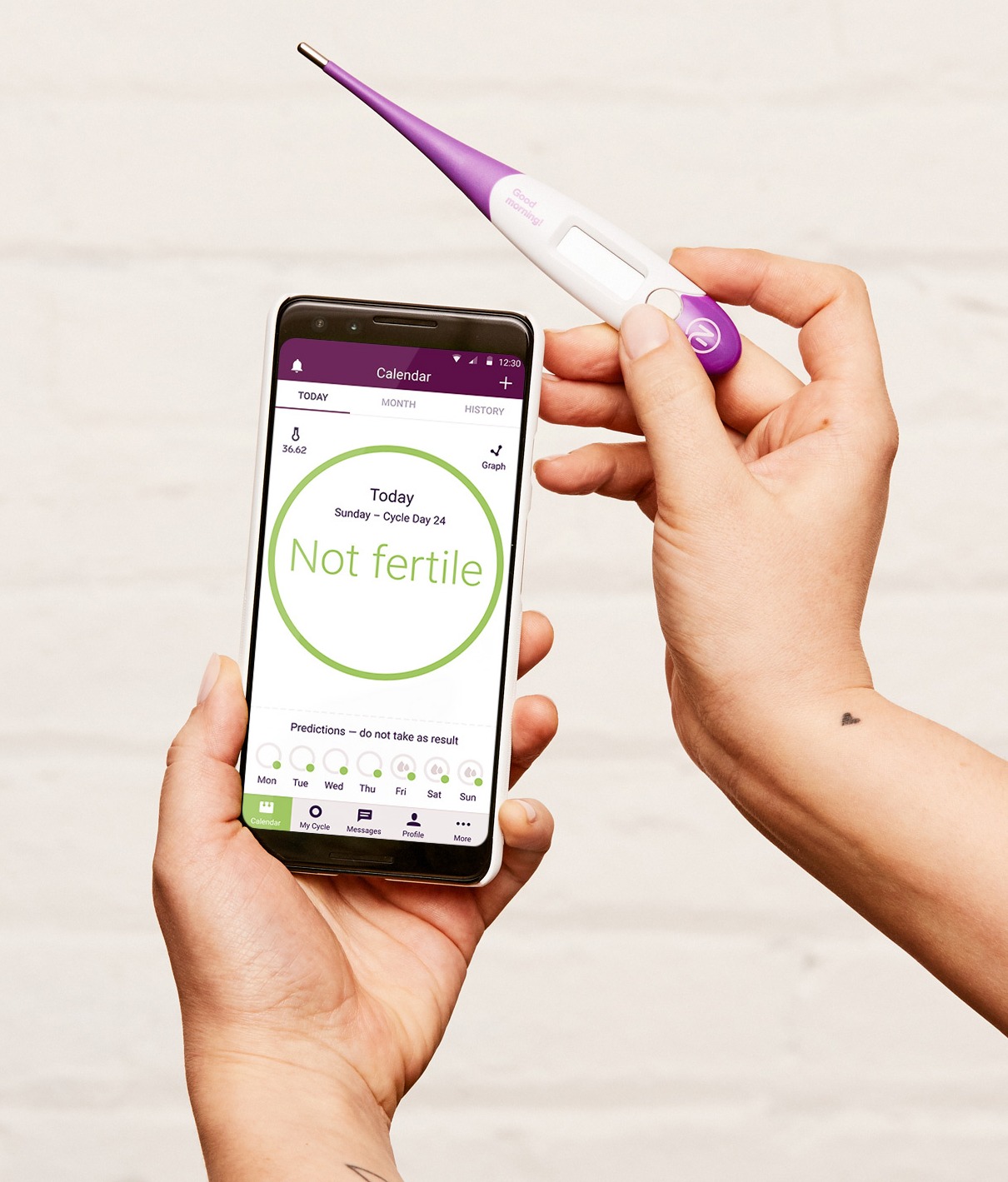 Although this natural method has been around for decades, it has become more accessible in recent years due to phone apps which easily record data and put them into algorithms.

But not everyone is confident in its accuracy, however.

Natural Cycles is shrouded in controversy.

Dozens of celebrities have been criticised for being paid to promote Natural Cycles, considered by some as ”risky”.

Natural Cycles was also stung by a ban of a Facebook advert in 2017, after the UK's Advertising Standards Authority warned it “not to exaggerate” it’s efficacy.

But digital birth control could spell the end of having to remember to take a pill every day.

It could also bring hope to women who are fed up with the side effects of contraceptive methods such as the coil or implant.

All birth control methods have side effects, as well as benefits such as a to improve skin, mood or PMS symptoms.

However, there is a recent move away from conventional contraceptives that play with a woman’s hormones.

Instead women are looking toward what the NHS call “natural family planning”, involving “identifying the signs and symptoms of fertility during your menstrual cycle so you can plan or avoid pregnancy”.

Fertility can be measured by daily body temperature, the length of the cycle, and changes to discharge. 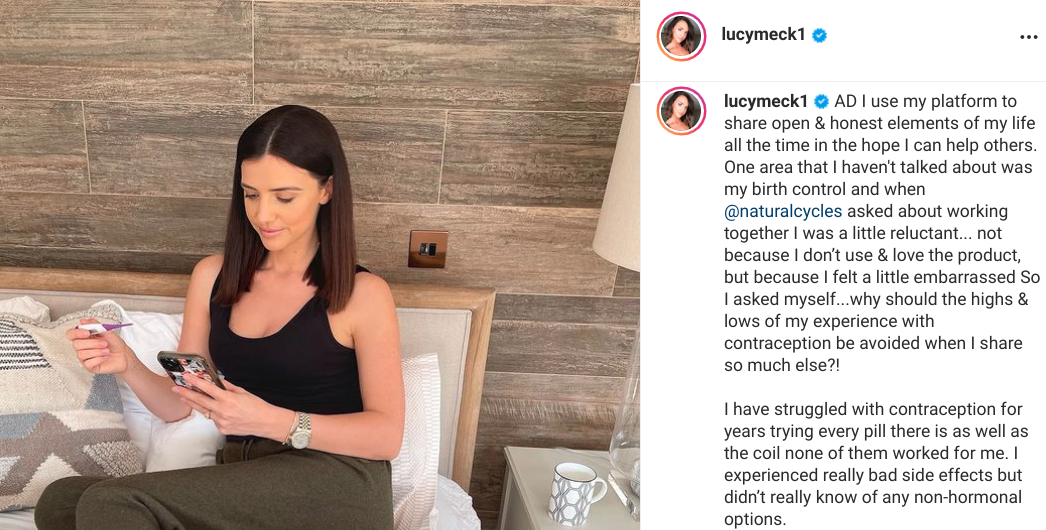 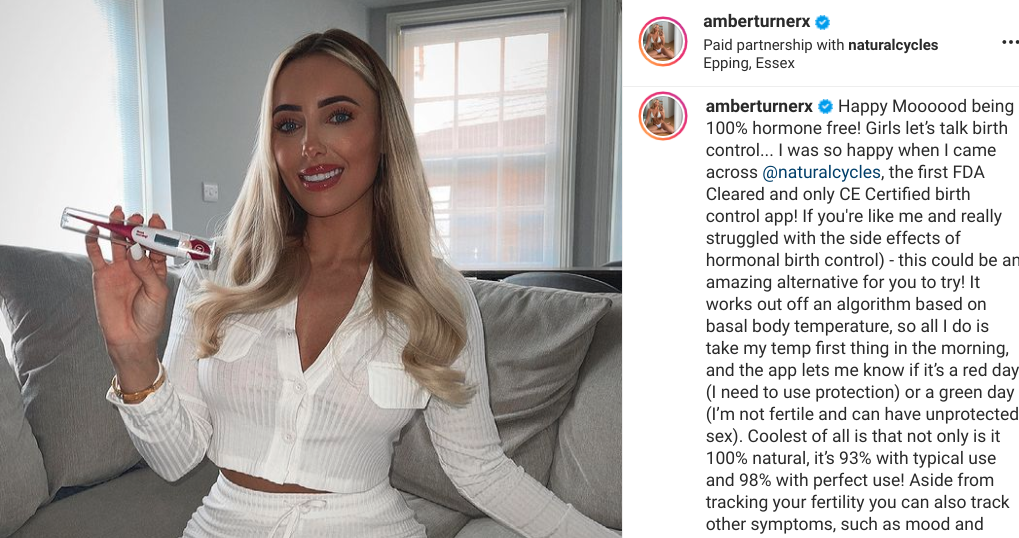 The NHS says if instructions are followed currently, this method can be up to 99 per cent effective – similar to the coil, Pill and implant.

But get it wrong or fail to follow the plan properly, and more women get pregnant.

Natural Cycles claims to be 93 per cent effective with “typical use” and 98 per cent with “perfect use”.

Some women have reported to the media they have become pregnant while using the app. But it is unclear if rates of pregnancy are more common than for other contraceptives – of which none are perfect.

It goes without saying if you chose this method of birth control, it has to be taken very seriously.

It is not for the faint hearted as the NHS says it takes a lot of practise to get familiar with your cycle and keeping daily records.

Things like stress, travel and illness can also disrupt your natural signs of fertility.

The temperature method is used because there's a small rise of around 0.2C in body temperature after ovulation – the day a woman is most fertile.

Three consecutive days of a higher temperature than all of the previous six days means a woman is unlikely to get pregnant.

But any old thermometer won’t do, including those for the ears – it has to be one designed for family planning.

It is not clear at this stage how wearables match up in terms of efficacy because larger scale studies will need to be undertaken.

The advantages of tracking your own fertility is that it doesn't come with any side effects and you don’t need to constantly see a GP about birth control.

The NHS even says it could “increase feelings of closeness and trust” in a relationship.