FABULOUS whisked Zack Smith and Alice Bernard off for cocktails at The Alice House in Queen’s Park, London.

Our love gurus Alix Fox and Paul Thomas Bell watched the romance unfold and revealed the secret signals the pair gave off that shows how they really felt. And their tips might just help you with your dating dramas…

Alice, 27, is a singer and life art model from Tunbridge Wells, Kent. She says: "I'd never have matched with Zack on Tinder because he’s a lot younger than me, but I was instantly attracted to him. 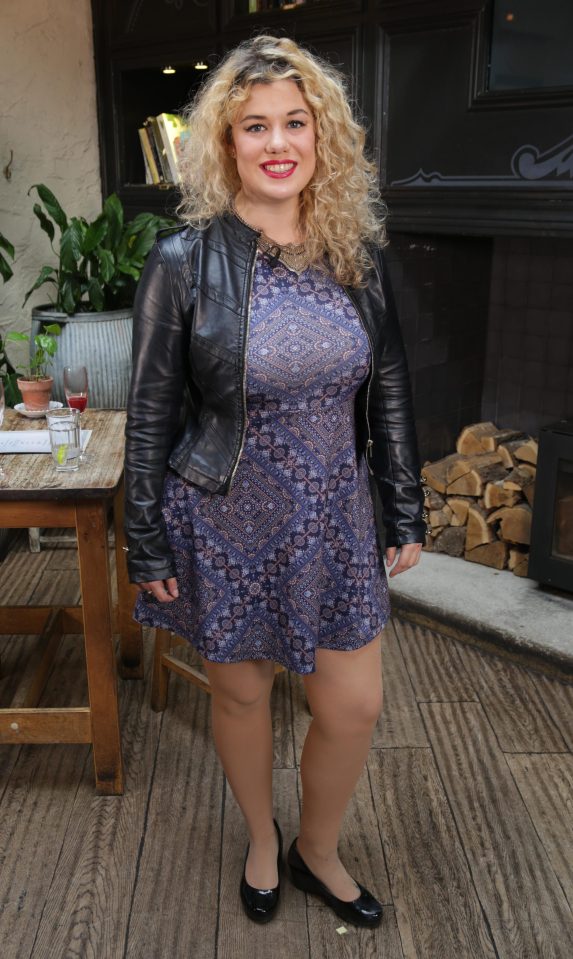 “He had a big, warm smile, was instantly chatty and seemed confident beyond his years. For a 23-year-old he has done really well for himself – he runs his own event company, has his own place and appears to be a bit of a name on the Essex scene.

“I’ve been single since splitting with my boyfriend of eight years in 2014. I’m a singer, guitarist and life art model, and that caused a bit of tension between us. When I told Zack about my work he looked surprised, but just said, ‘Wow, that sounds cool’. That makes a change, guys usually say, ‘Can you send me a picture?’ It’s so childish.

“I haven’t had much luck on dates recently and have met dozens of no-hopers. One guy took me to this really swanky place in London –  a round of two drinks was £20 – and at the end of the night he said he’d lost his wallet, lumping me with the huge bar bill! I was not impressed.

"I just want a guy who makes me laugh, is tall and has a decent head of hair. Is that too much to ask?

“Despite a positive first impression, it quickly became clear that Zack and I didn’t have much in common. He boasted that he has celebrity mates and loves going out every night to get wasted. Now, while I love going out, I am definitely over that binge-drinking stage.

“It was also a bit awkward when I told him I hadn’t passed my driving test yet. He took the mickey out of me, which was a bit uncalled for. And he seemed baffled by the fact I travel away for work a lot. I think he needs a girl who will be around more to give him attention.

“Although Zack and I clearly lead very different lifestyles I did enjoy meeting him. He said he’s really close to his brother, which is nice as I’m close to my family. We also both like animals – he has a dog called Gucci – and we chatted about our goals in life. He’s very driven and wants to be retired by the time he’s 35! That shocked me.

“At the end of the date Zack gave me a kiss on the cheek and then we went our separate ways. I need someone who is ready to commit and is more grown up, so you won’t see me partying in Chigwell any time soon.”

Zack, 23, is a social media influencer and entreprenuer from Essex. He says: "Alice is definitely not my type, and I wouldn’t want to date a nude model – what’s mine is mine! I tried to keep my cool when she told me about her work. 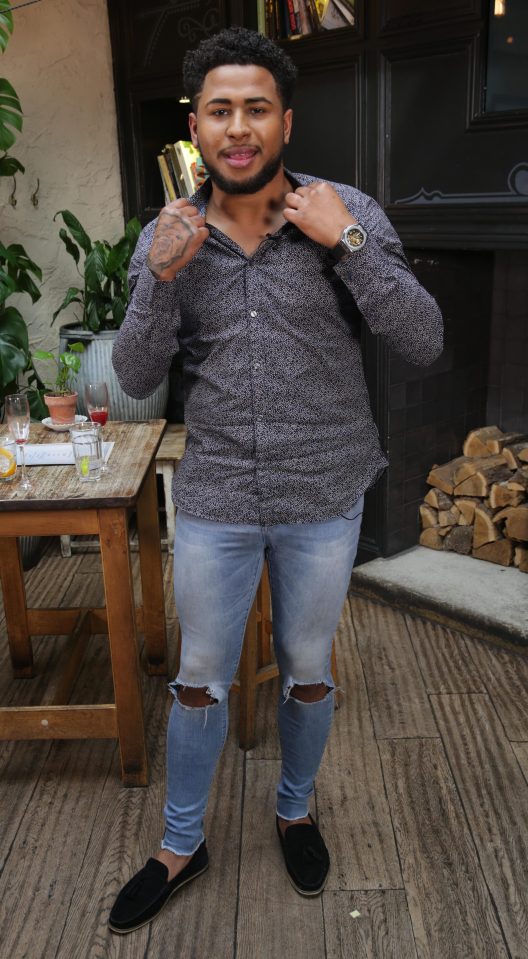 “She seems like a lovely girl, but we didn’t connect at all. I think there were times when I wound her up a bit, especially when I made fun of her not being able to drive. I even joked at one point that I'd like to go on a date with her younger sister.

“I’m only 23 but I’m very mature for my age and I think I’m ready to settle down. I’m the last single guy out of my friends – my best mate has a kid, and my other pal has been with his girl for five years. I’m the last man standing!

“I was in a seven month relationship – my longest yet – with a model from Leeds, but we struggled to do long distance so called it quits two years ago. Alice has come out of an eight year relationship, and I think that highlighted the age difference between us.

“Her lifestyle seems very different to mine, too. I’m always out partying with the likes of Amy Childs and Holly Hagan, and I’ve been asked to go on TOWIE. I meet a lot of celebrities through my work, and have organised events for the likes of Celine Dion, Robbie Williams, Take That and Elton John. 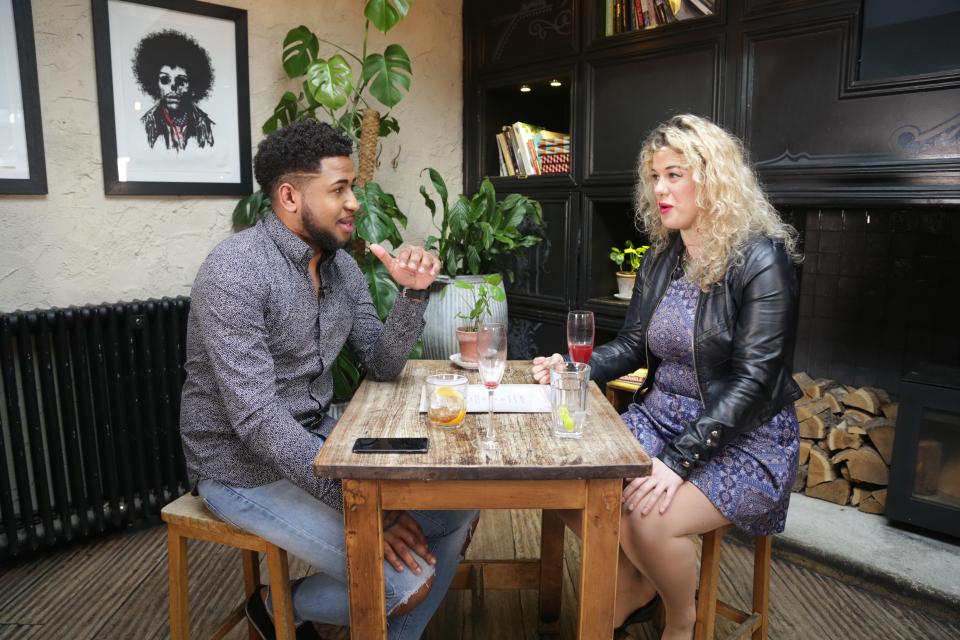 Girls slide straight into the DMs – I even get men messaging me, too

“But, despite my business success, it has 100% impacted on my love life. It’s a trust thing. Since becoming an Instagram influencer three years ago I’ve been asked out on a lot more dates. Girls slide straight into the DMs. I even get men messaging me too – one asked if he could lick my toes! Girlfriends get annoyed that I get a lot of attention but it doesn’t mean I reply to all the messages.

“Alice seemed pretty shocked that I want to be retired by the time I’m 35. I’m very driven so I need someone who is similar to me. We’re not a match.

“I’m really hoping to find the love of my life soon and build our empire together.  I’m always out partying but I haven’t found the right girl… yet.” 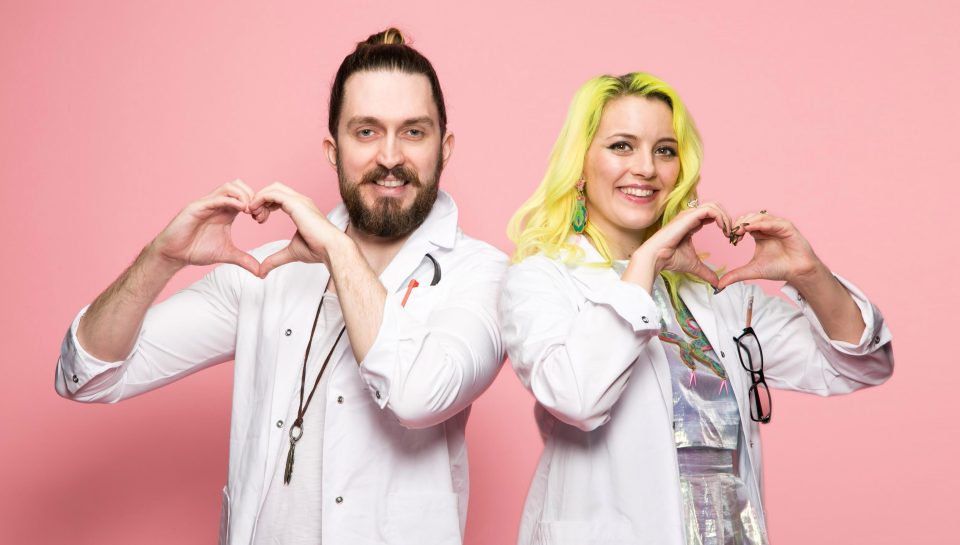 Alix says: “Alice is a fascinating woman and has got a lot to give, but she looks like she needs some reassurance. She’s clearly had some bad experiences in the past. At the start of the date she kept her hands clasped together and kept staring down into her G&T – both are signs of nervousness. Zack seemed quite perturbed by the amount of travelling Alice does for her work, I think that put him off. Zack is clearly a character. At one point he described his own business achievements as 'amazing', which was hilarious. I don’t think they’re a match.”

Paul says: “Judging by his facial expressions there were definitely cheeky thoughts running through Zack’s head when Alice revealed she is a life model, but, fortunately, the gent in him stopped him saying anything. I do feel like Zack is looking for a bit of romance. He’s clearly a passionate person. He gestured with his hands a lot when talking about his work, which shows he was really trying to get a point across. Alice told him she is looking for a partner with a good sense of humour, to which he said ‘tick!’ It was so cringe it was hilarious. I really like Zack, I imagine he’s a good boyfriend, but not right for Alice.”

Do YOU want to find love with Fabulous?

Fabulous is looking for fun-loving singles of all ages to whisk off on a romantic blind date. We’ll pair you with a brilliant match and even chuck in a couple of cocktails to help get the conversation flowing.

All you need to do is tell us how the date went – including any cheeky snogs – and be photographed for the website.

To find love with Fabulous – or to nominate a lonely-heart pal – fill in the application form here.

A relationship expert will pair you with a date based on your personality and preferences.

You need to live in the UK and be aged 18 or over.

Catch new Love Lab episodes every Wednesday. And, watch an extended version of Zack and Alice's date on our YouTube channel.