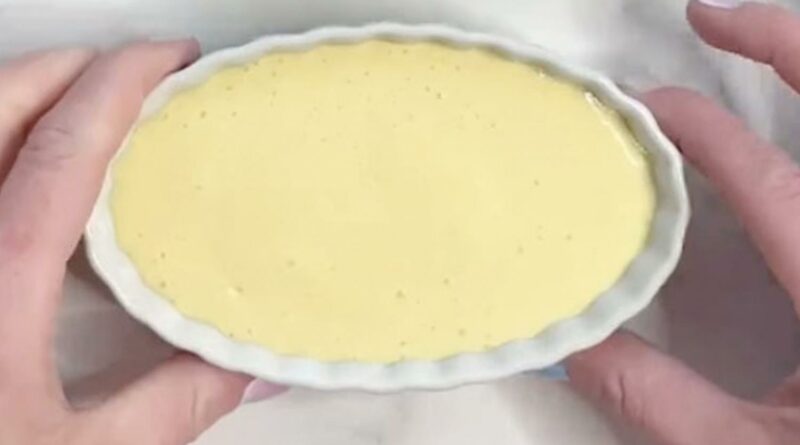 ANGEL Delight holds a special place in most people's heart.

Your mum would make it as a special treat after dinner on school nights, thanks to its incredibly easy to put together recipe. 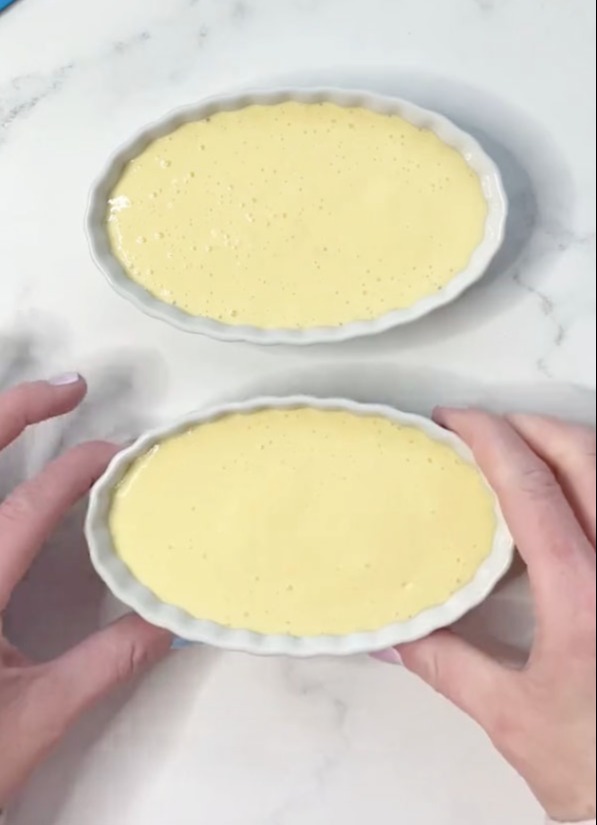 The British delicacy is mousse like in texture and comes in a variety of flavours fromclassics such as strawberry, banana and chocolate, to more superior combinations like butterscotch and mint chocolate.

The classic pudding was released back in 1967, but one woman has shown how we've been making it wrong all this time, and the right way will instantly make it seem gourmet compared to the traditional way of making it.

TikTok user Ally, posted the updated recipe to her account sugarpusher, where it has gone viral with over 300k views.

Ally who is from the US compared the British dessert to America's Instant Pudding, but admits it is superior in its texture and flavour.

Ally wanted to experiment with the pudding and asked herself if she could turn it into a Crème Brûlée, a custard treat with caramelised sugar on top.

She begins by making angel delight to the packets instructions, mixing one sachet with 300ml of cold milk and whisking for two minutes.

She then pours the mixture into two ceramic tins and put it in the freezer for 20 minutes, although she recommends chilling them for a longer time.

Once the pudding was set she sprinkled caster sugar on top and used a blowtorch to caramelise and harden the sugar.

The results offer an instant gourmet version of the dish that honestly wouldn't look out of place at a dinner party.

Users were stunned by the result and couldn't wait to try it, one user wrote: "Oh no you DIDNT!! This is GENIUS!!!"

"OMG this is a fabulous idea! Off to buy ramekins to try this for dessert tonight, banana is the superior angel delight flavour." Exclaimed another user.

A third person commented: "OMG, you're bonkers for the banana flavour but I love this and need to try this!" 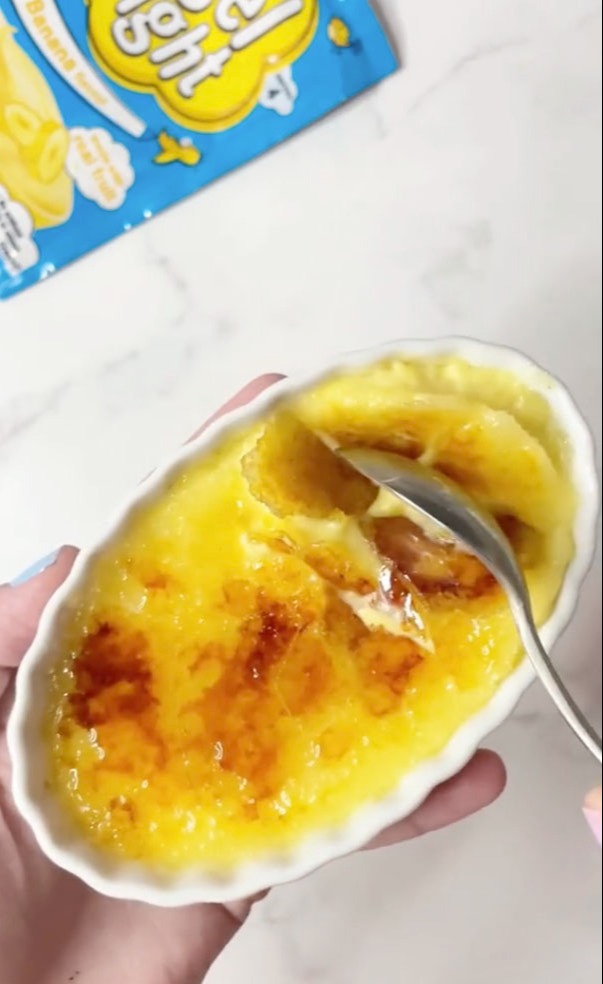 For more desserts, check out this two-ingredient recipe for Nutella flavoured soufflé.

Plus a chef reveals the correct way to cook jacket potatoes, here's how to get crispy skin with minimal effort.

Meanwhile, check out these nine top tips for cooking your pasta spot on.