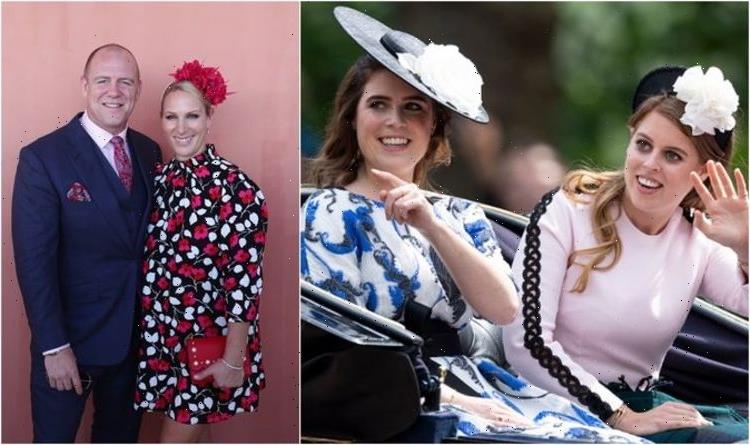 Zara is Princess Anne’s only daughter, and the eldest granddaughter of the Queen and the late Prince Philip. She married professional rugby player Mike Tindall in 2011 after dating for eight years from 2003. Zara and her older brother Peter Phillips were raised without royal titles, which enabled them to enter ordinary professions and live semi-private lives without a lot of press intrusion.

A new study by global brand Pretty Little Thing revealed which female member of the British Royal Family is the biggest style ‘influencer’, by analysing search volumes in the UK and US.

Despite her style coming from over 25 years ago, Princess Diana was revealed as the biggest royal style influencer, while Meghan Markle and Kate Middleton came in second and third respectively.

The late Princess of Wales received a whopping 217,500 searches for her style, which includes iconic pieces such as her ‘revenge’ Little Black Dress in 1994 and her Instagram-worthy gym gear.

The Duchess of Sussex received a huge 148,550 searches for style inspiration, followed closely by the Duchess of Cambridge with 145,400 searches.

However, the member of the Royal Family who received the least number of searches for their style was Zara Tindall, receiving a mere 220 searches.

This was a lower number than her own mother, Princess Anne, who came fourth after Kate Middleton, receiving 6,890 searches.

Princess Beatrice received 2,380 searches, while Sophie, Countess of Wessex trailed behind with 1,830 searches.

Her Majesty the Queen followed after with 1,540 searches, with Princess Eugenie just behind with 1,340 searches.

This leaves Zara Tindall in 11th place with just 220 searches for her style, leaving some royal fans baffled at why her style receives such few searches compared to other female members of her family.

This means Zara Tindall is most well-known for her Olympic achievements.

Similarly to her mother who is often praised for being the hardest working royal, Zara probably likes that she is most well-known for her accomplishments.

While Zara’s style choices may not be as attention-getting as those of her cousins Beatrice and Eugenie, she does have a refined style that is respected by many fashion designers across the country.

The equestrian royal loves wearing laidback casual styles, but when she dresses up, she dresses to impress.

In 2019, Zara told The Telegraph the Princess Royal taught her everything she knows about dressing for important occasions.

Zara said: “Through the years, whenever going to an occasion, the main lesson that my mother taught us was just to make sure that you look presentable, clean and tidy. That was always handed down to us.”

While Zara insisted fashion is not her priority, preferring to dress casually while at home with her children, she did reveal she has an extravagant walk-in wardrobe