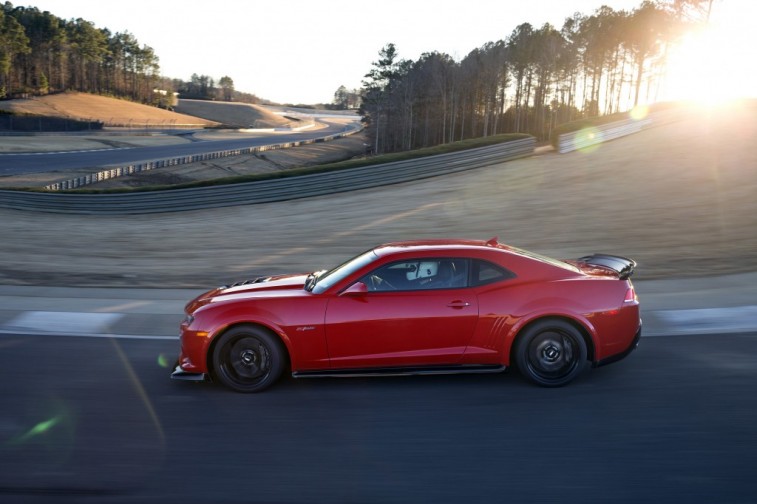 So what makes a legitimate kick-ass classic car? How does a particular vehicle end up on a pedestal above all others, sanctioned by a stamp of approval that basically says, “I may be old, but dammit if I’m not awesome as well”? What gets labeled as a classic car remains a highly debatable subject.

While some may label an automobile as classic based upon its age, others tend to refer to a vehicle as such due to the rarity of a certain trim line, or if it was only made available with particular package options. There’s really no clear-cut answer, and for many purists it’s a combination of all three of these things that help a machine reach the upper echelon of car stardom.

But while many automotive enthusiasts tend to glance in the rearview mirror, admiring the sanctioned classics of yesteryear, we’ve focused on the future because nothing says “brilliant” quite like being in a modern automobile that you know will one day be collectible. Ignore all of the modern mobility updates and semi-autonomous driving scenarios; those attributes do a damn good job of eliminating the connection a driver feels when they are working in harmony with an automobile.

In a future where self-driving automobiles dominate the landscape, and the manual gearbox is little more than a dated device designed for standpat petrolheads, there is one silver lining that cannot be ignored: Automotive enthusiasts will have one hell of a nice crop of aging performance cars to choose from. Here are 10 options from Chevrolet that we think will make for collectible classics in 20 years or fewer. 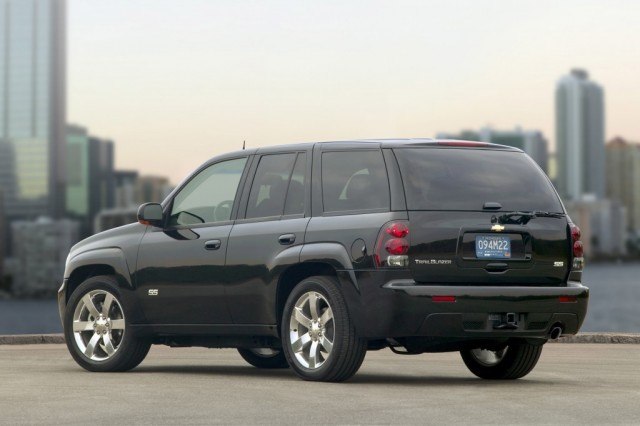 Starting off is the Trailblazer SS, an unassuming SUV that doubles as a prime example of what a sleeper should look like. No gregarious wing, staggered alloy wheels, or obnoxiously loud over-sized exhaust here, just a slightly lowered ride height, some air intake ducts up front, and a cold air intake lurking beneath the front bumper.

Utilizing a hulking 6.0-liter engine that produces 400 pound-feet of torque and 385 horsepower, the LS2 V8 out of the Corvette, Pontiac GTO, and Chevy SSR from that period does a damn good job of transforming the ordinary into the extraordinary. With its stiffer suspension and firmer bushings, limited slip filled 9.5-inch rear axle, larger rotors, and Corvette brake pads, it’s pretty obvious why the short-lived TrailBlazer SS finds its place here.

It may not have the most robust GM engine in it, but the appeal of the Grand Sport Corvette remains undeniable. First seen as a full-blown track car in 1963, the Grand Sport has transformed into a vehicle that takes the regular Stingray’s naturally aspirated LT1 6.2-liter V8, and attaches it to the optional dual-mode exhaust system as standard fare, along with a dry-sump setup off the Z51. While this means it still produces far less than a Z06, with 460 horsepower and 465 pound-feet of torque, power numbers are not what will make this model one of the classics someday.

Measuring 3.5 inches wider than a regular ‘Vette, the Grand Sport boasts both the body panels and the suspension setup from the Z06, and comes with all of the appropriate plaques and badging. For an additional $7,995 buyers can also get the track focused Z07 package, which gives you stiffer suspension settings, massive carbon-ceramic Brembo brakes, 19-inch front and 20-inch rear Michelin Pilot Super Sport Cup 2 tires, as well as a front splitter and carbon-fiber ground effects.

Only 10,000 of these trucks were supposedly ever built for the 1990 model year, and back then it wasn’t even a model, but a factory option. Complete with clay-like colored cloth upholstery, floor mats, an AM/FM stereo with a passenger side mounted cassette deck, cruise control, power windows and locks, and air conditioning, this was a snazzy truck in its heyday.

Externally, the 454 SS came equipped with a front air dam and fog lights, decals, and was only available in black. The motor that was packed into this pickup was the same unit that powered the 3500 work truck from that period, and although its fuel-injected engine only was able to muster 230 horsepower, it generated a respectable 385 foot-pounds of torque. The 454 SS Silverado cost $18,295 new in 1990, and once adjusted for inflation averages out at around $33,465 today.

Unfortunately, this pickup also came with GM’s “needle-less gauges,” which were difficult to read and prone to failure over time, and with 7.4 liters of displacement, fuel efficiency returns of 10 city/11 highway were made worse by a three-speed automatic. While ABS was also only available on the rear wheels, and the truck’s “tuned” Bilstein gas shocks were not very helpful, this oddball pickup will likely still become a classic someday, based purely upon its scarcity and nostalgic appeal.

Chevrolet says that the 2017 ZL1 coupe with a 10-speed automatic can hit 60 in 3.5 seconds, and dominate the quarter-mile in 11.4 seconds, all to the tune of $62,135 for a hardtop or $69,135 for a convertible. Utilizing GM’s sensational magnetic ride dampers, an electronic rear differential, and specialized Goodyear summer tires, the latest model is also 220 pounds lighter across the board than the old model, allowing it to come to a complete stop from 60 miles per hour in just 107 feet.

Add in a cut-out sport exhaust system, specialized Brembo brakes, and a multitude of GM alloy wheel options and you suddenly have a performance machine that has a laundry list of desirable upgrades. Considering that this refreshed Camaro is being heralded as the most attractive generation to date, and that it can still be had with a sharp manual gearbox, and it starts looking like this future classic is on showroom floors today.

Car and Driver recently said that the oil-cooled, permanent-magnet electric motor in the Spark will one day be remembered as “the small-block of the electric segment.” It may only have 82 miles of range, but with a DC fast-charge option landing at around $750 a pop to allow full charging in 20 minutes or 50% in 12, the notion of getting 240 volts after seven hours of waiting is about to be erased forever.

The Spark EV may weigh 600 pounds more than its gasoline counterpart, but all that girth sits fairly low and to the back of the chassis over the rear axle, thus leaving interior and cargo space uninhibited. The Spark EV also sits more than 2 inches lower than the gasoline version. It has an almost perfect 50/50 weight distribution, four-wheel disc brakes on all four corners instead of drums in the rear, and a staggered rear tire setup that is notably wider. Although its sportier springs, re-valved dampers, and various other suspension components help make the Spark a lot more fun to drive, it’s the Spark’s power band that wins it a spot here: Featuring 140 horsepower and a whopping 327 pound-feet of torque, this miniature automobile is basically a demonic roller skate on steroids. Factor in its limited production numbers, and we believe that history will be kind to Chevy’s torque-rich compliance car. 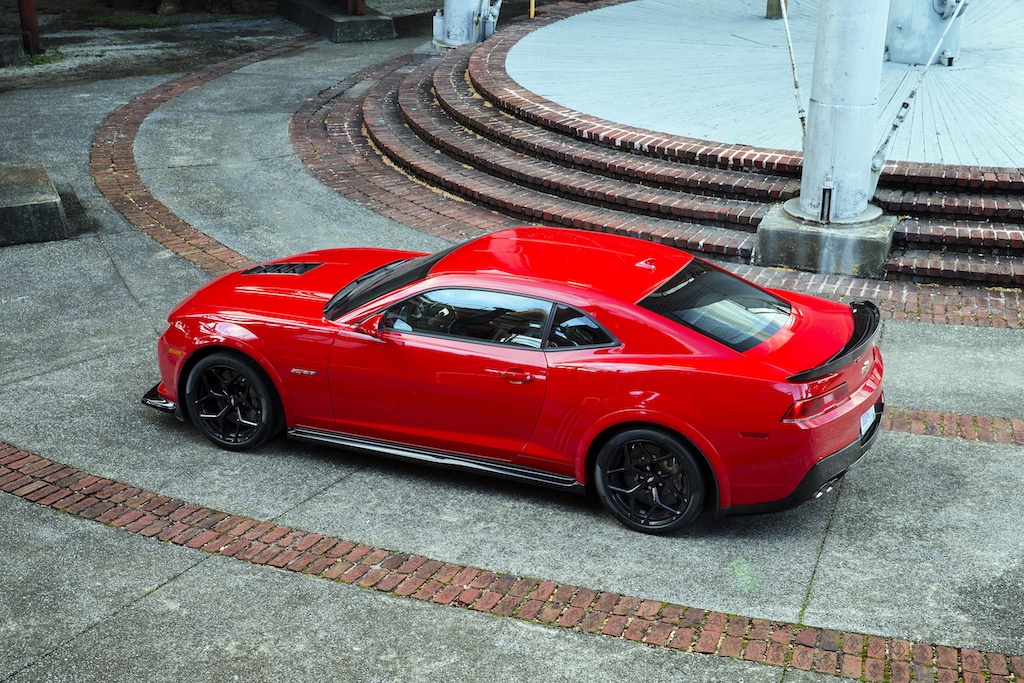 Weighing 300 pounds less than a ZL1, and easily powered by its 505 horsepower 7.0-liter engine that only comes mated to a six-speed manual, the Z/28 has changed a lot since it first emerged on the automotive scene decades ago. Sporting a one-off suspension system and 19-inch wheels, it can pull more than a full G on the skidpad, and it supposedly spanked the Nürburgring faster than the latest Porsche 911.

The Z/28’s port-injected LS7 comes filled with redesigned high-compression pistons and titanium connecting rods that have been revised for improved durability, as well as a cold-air intake, free-flowing exhaust headers, and an all-new dry-sump oiling system. With 481 pound-feet of torque on tap, and an aero package that looks downright sinister, the Z/28 is already a collectors’ car that can only mature like a fine wine with time.

What starts off with exposed carbon fiber trim pieces, a matching hood, black mesh wheels, and loads of suede and microfiber, takes a high-gloss carbon fiber interior, and is completed with sill plates that match an individually numbered C7.R interior plaque. With Magnetic Ride Control and Performance Traction Management on tap to keep all 650 horsepower in line, you can see why Corvette’s product and marketing manager, Harlan Charles, refers to this special-edition model as an “important part of Corvette’s legacy.”

Based around the 1500 Z71 platform, and utilizing a slew of aftermarket parts from collaborators and GM itself, the Special Ops Silverado pickup offers a naval-inspired spin on American truck design. As for the vehicle’s graphics, Todd Parker, director of design for Chevrolet Accessories, says that they were chosen to give “tremendous depth to the Silverado’s body, while reinforcing the nautical heritage of the unique camo design.”

The Impala SS badge was reportedly resurrected at the 1992 Detroit Auto Show as a concept car designed by GM designer Jon Moss. The vehicle was low to the ground, and came powered by a 8.2-liter engine which was later replaced by a 5.7-liter LT1 small-block V8 that made 260 horsepower and 330 pound-feet of torque.

Outside of that major change, the vehicle remained almost identical cosmetically to the concept car, which in essence was a high-performance version of the Caprice. By utilizing the Caprice police package as a base platform, Impala SS buyers were able to gain access to equipment typically reserved for law enforcement and government agencies. But GM wasn’t content with calling it quits there, so it tossed some sport-tuned suspension, a large capacity reverse-flow cooling system, and over-sized four-wheel disc brakes at the equation. Then along came a transmission cooler, dual exhaust, a higher-output electrical system, and a slew of mechanical alterations. The Impala nameplate has been dragged through the mud and back, but if there’s one redeeming model, it’s the 1995 V8-powered SS. 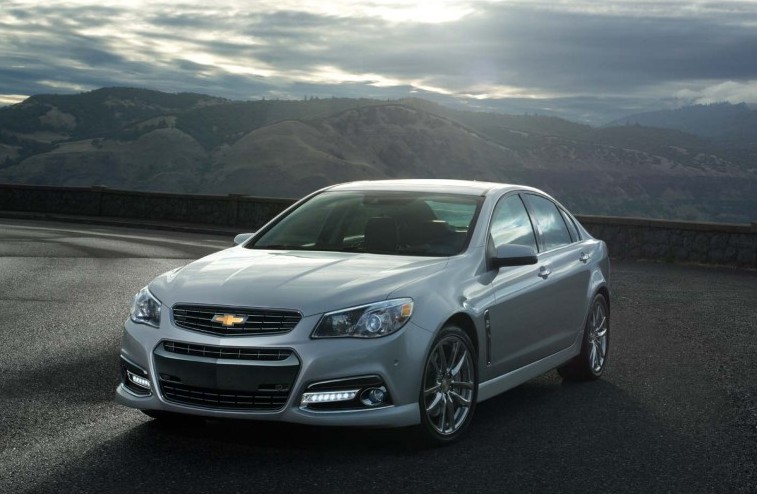 Even with its relatively dated LS3 engine, the SS is no slouch with 415 horsepower and 415 pound-feet of torque on tap — which can be had with a six-speed manual gearbox at no extra cost. According to Motor Trend, 60 miles per hour can be reached in just 4.5 seconds with this puppy, and quarter-mile pulls are conquerable in 12.9 seconds.

With GM’s tried and true magnetic ride suspension enabling it to overcome its nearly 2-ton weight problem, the obscure sedan is one of Chevy’s future classics. This pick in particular is a nice daily driver option and, even if you aren’t looking for a future collectible classic, would make for an outstanding around-town automobile today since they can be found all day long for surprisingly low prices. Considering how criminally underrated it is, chances are it’ll be a rare find two decades down the road.