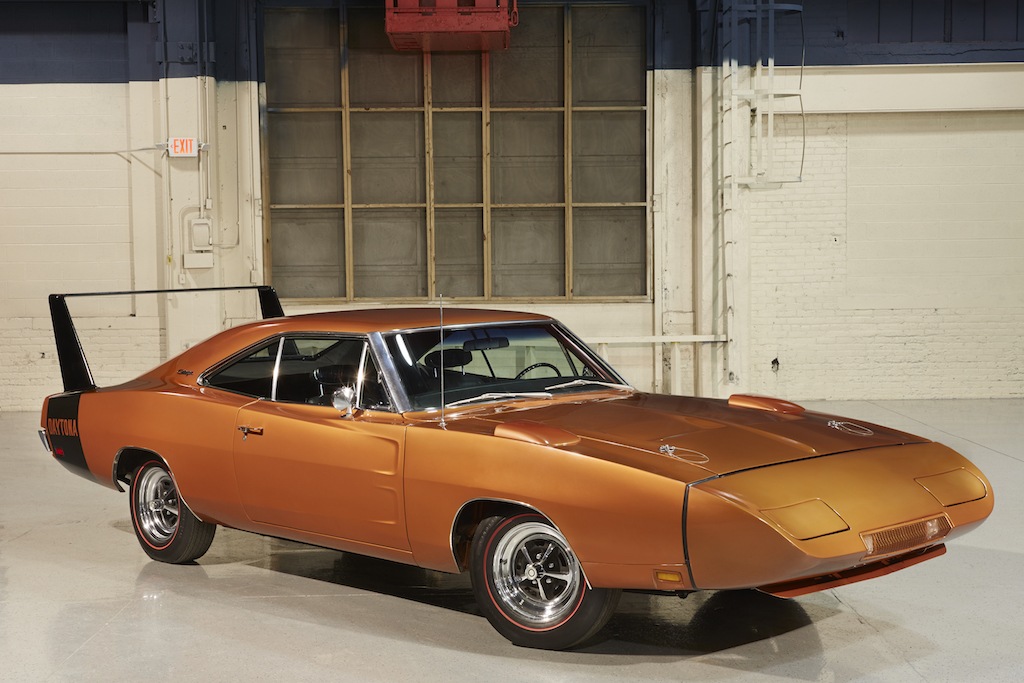 Thanks to movie franchises, such as The Fast and the Furious, XXX, or, well, just about anything with Vin Diesel in it, there’s this idea you can jump into a classic muscle car, outrun any cop car, and tear up the streets. Now here’s the reality check: Classic muscle is nearly a half century old, and to put it mildly, a lot has changed. Case in point: The 1970 Chevy Chevelle SS396 is one of the most coveted muscle cars of all time — you know, the red and black one you see at every car show. The hot Chevelle made 350 horsepower and could go from zero to 60 in 6.8 seconds. In other words, it would get completely embarrassed by the new Focus RS, which gets 350 horsepower from its turbo four and makes the zero to 60 jump in 4.6 seconds. And that’s not saying anything about the other areas where the Focus has beaten the Chevy, such as quality, construction, reliability, fit and finish, handling, and safety. 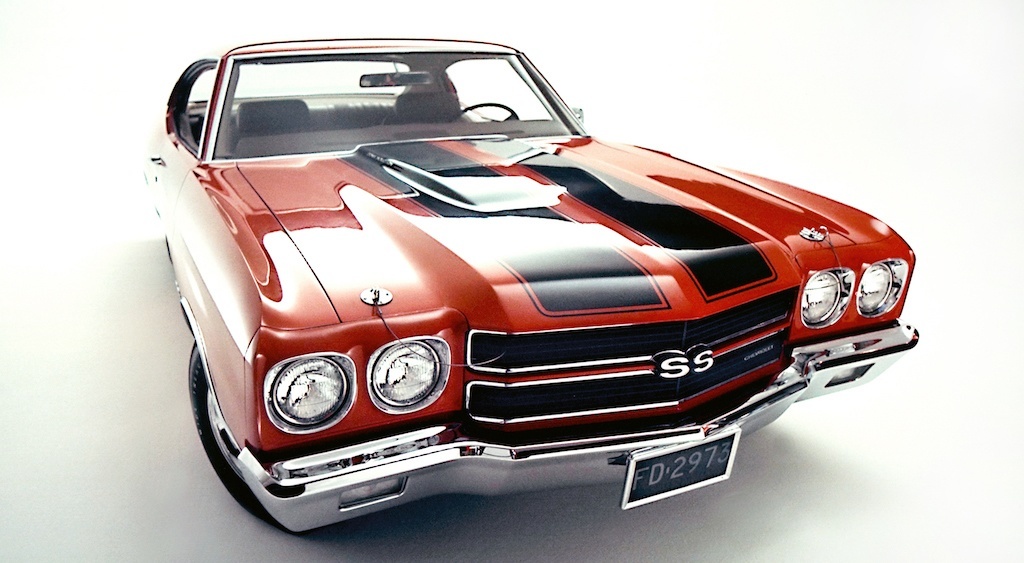 So the good old days aren’t exactly transferable to the 21st century. That’s OK. Today, you see all kinds of restomod updates on classic iron. Inside many classic muscle cars lies newer technology, such as disc brakes, power steering, electronic ignition, and revised suspension components. These modifications keep the spirit of the car intact and ensure the car gets driven, which, after all, is what it was meant to do. But preservation has become increasingly important in collector car circles, and we completely understand why. Keeping a car as it was when it rolled out of the factory makes it an important link to our automotive past. But if you’re going down that route, be prepared to make some compromises because they don’t drive like modern cars. We took a look at the muscle car era and came up with 10 cars that despite their reputation were just fundamentally flawed. Some can be fixed with a little modification. Others are too valuable to fix at this point. Either way, here are 10 classics that likely will leave you wanting for more if you ever find yourself behind the wheel. 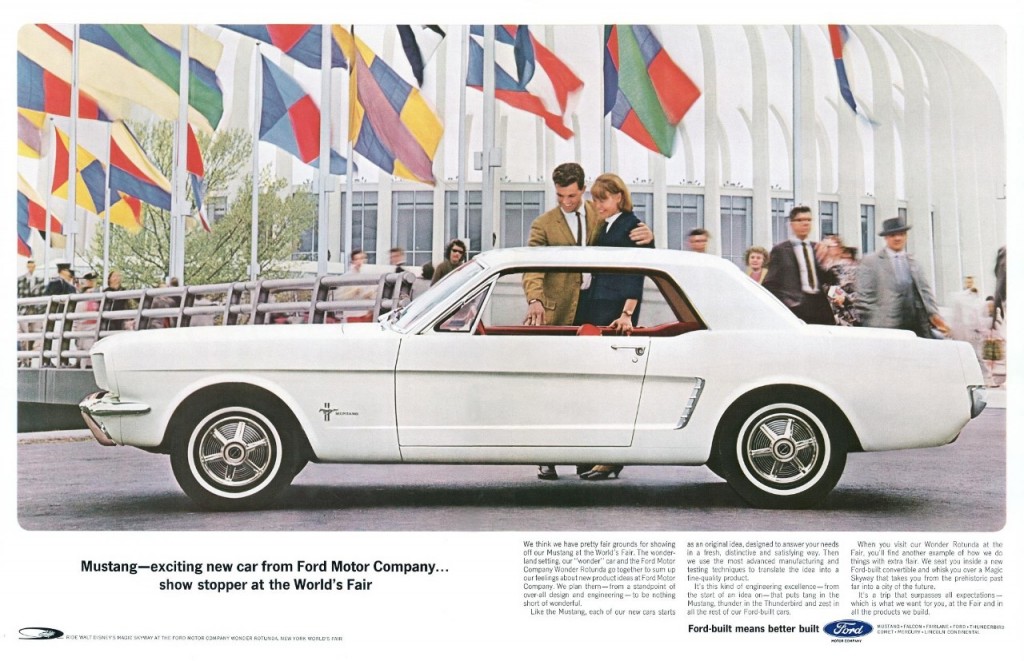 It’s the iconic first-generation Ford Mustang — the Carroll Shelby, Steve McQueen, Gone in 60 Seconds Mustang. Yes, the Mustang was one of the most popular cars of the ’60s and could be had with fire-breathing V8s. But the vast majority of the 2.9 million produced came with the base engine: Ford’s bulletproof old inline-six. Available as a 170 (1965 only) and later a 200-cubic-inch six-pot, the Thriftpower pumped out a wheezy 120 horsepower (the 170 made 101), making the majority of Mustangs anything but sporty. We’re all for historical preservation, but we can’t get mad whenever we see a vintage six-banger ‘Stang that had a V8 transplant. 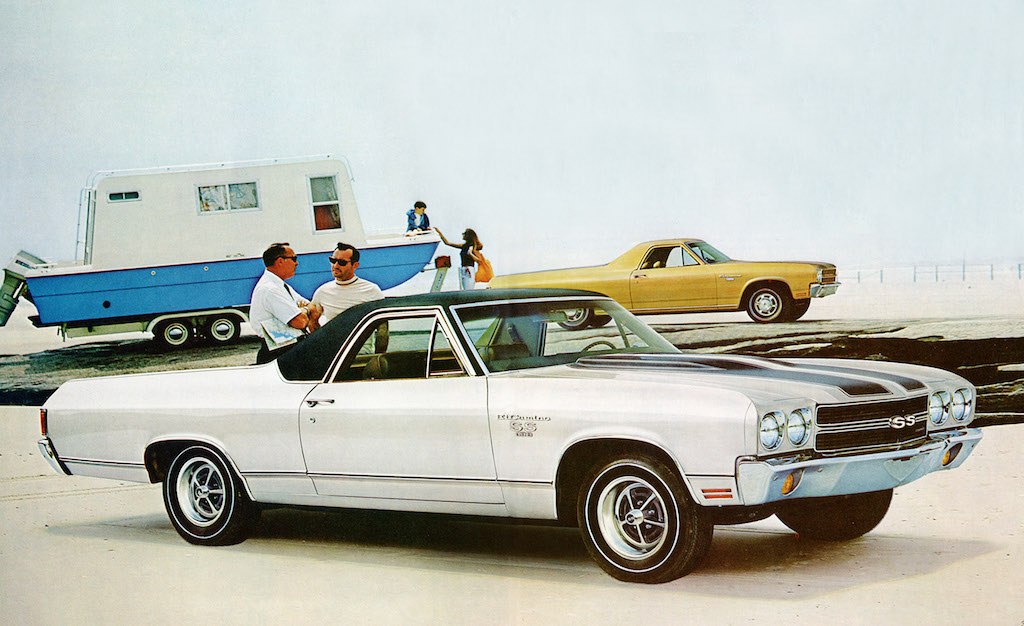 Is there any badge in Chevy muscle car lore that doesn’t excite gearheads like SS? How about when it has the magic numbers 454 under it? For a few brief years, the El Camino was available with the big block 454-cubic-inch LS6 V8, pumping out an impressive 365 horsepower. But all those horses went to the rear wheels, and unless you’re hauling anything in your trucklet, there’s no weight back there. So as cool as they were, the big block El Caminos could be a real handful to drive.

The Torino has that undeniably cool ’70s-era big car vibe about it. It’s muscular and imposing, with wide Coke-bottle fenders and an undeniable presence. Plus, it became an icon as the coolest cop car on TV thanks to its role on Starsky and Hutch. Although there’s long been a market for these big coupes, there’s no hiding that they came from the depths of the Malaise Era. With numb steering, awful fit-and-finish, a 2-ton curb weight, and a maximum 260 horsepower from a massive 7.5-liter V8, the Torino is more of a looker than a performer. 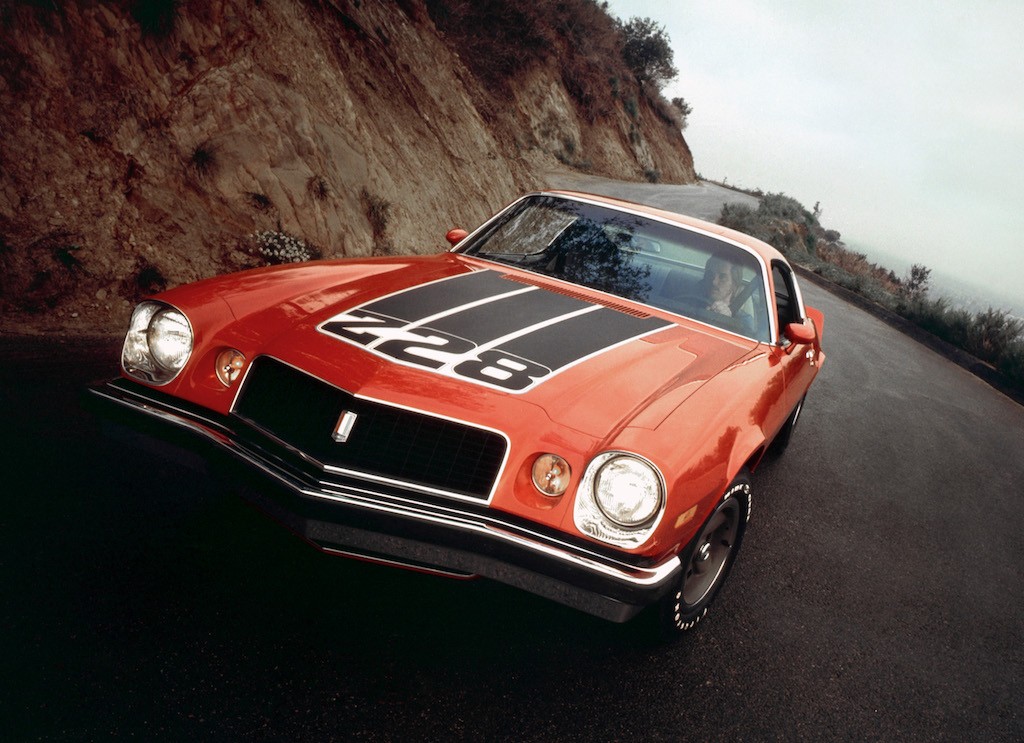 If you had to pick the worst year for Chevy, it was 1975. Thanks to the oil crisis, rising insurance rates, and new safety and emissions regulations, the brand’s performance lineup was in tatters. The ’75 Z28, the hottest one you could buy, came from the factory with a 155-horsepower, 350-cubic-inch V8. Saddled with heavy, ugly chrome bumpers and awful build quality, this is a Camaro to avoid — unless, that is, you have a project in mind and can use one as a blank slate. 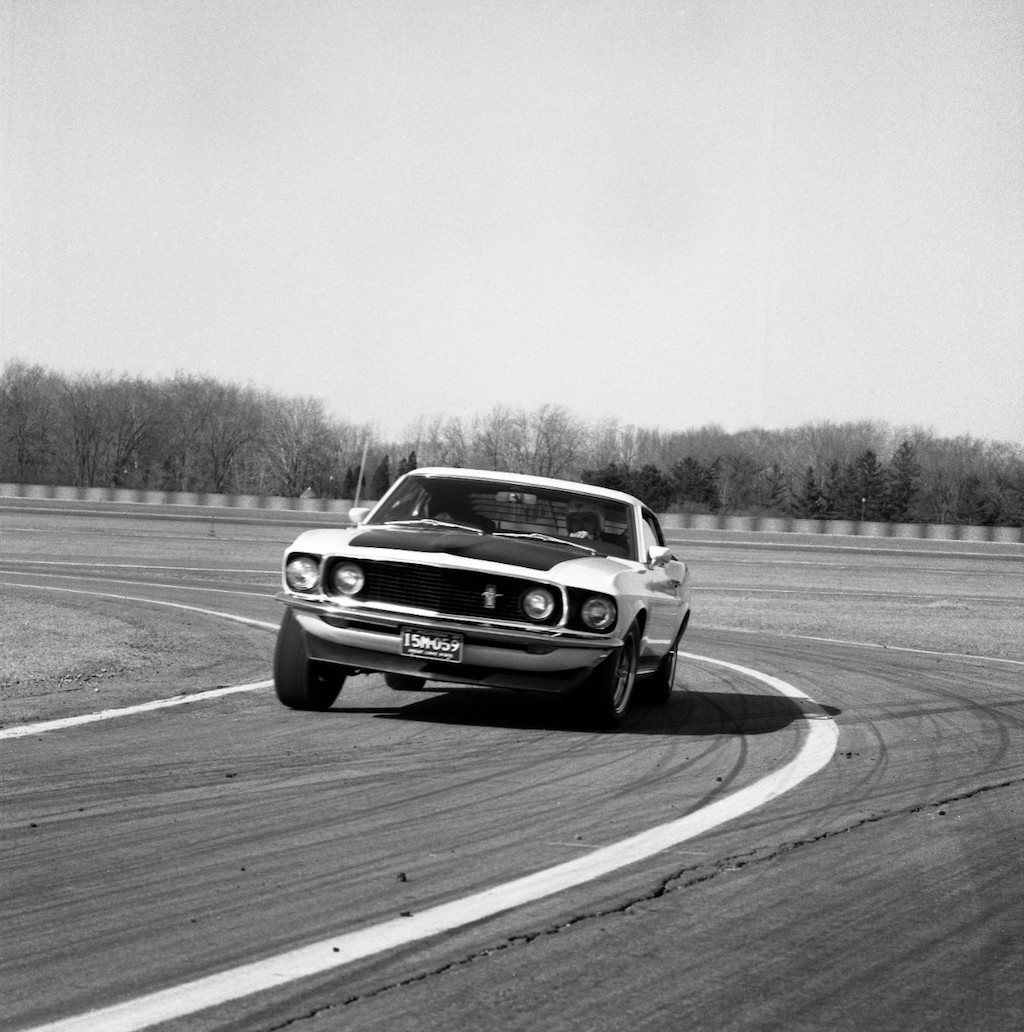 When Ford brought the Boss 302 back in 2007, it was heralded as a return to the good old days. But was it? The original Boss was designed to be a ringer on the race track. It was a 300-horsepower heavyweight to take on the Hemi-powered Mopar cars and COPO Chevys. But with all that power came great responsibility. The 302’s 4.9-liter engine loved to eat pistons, sometimes as often as every 20,000 miles. It’s amazing any of these cars have their original engines left. 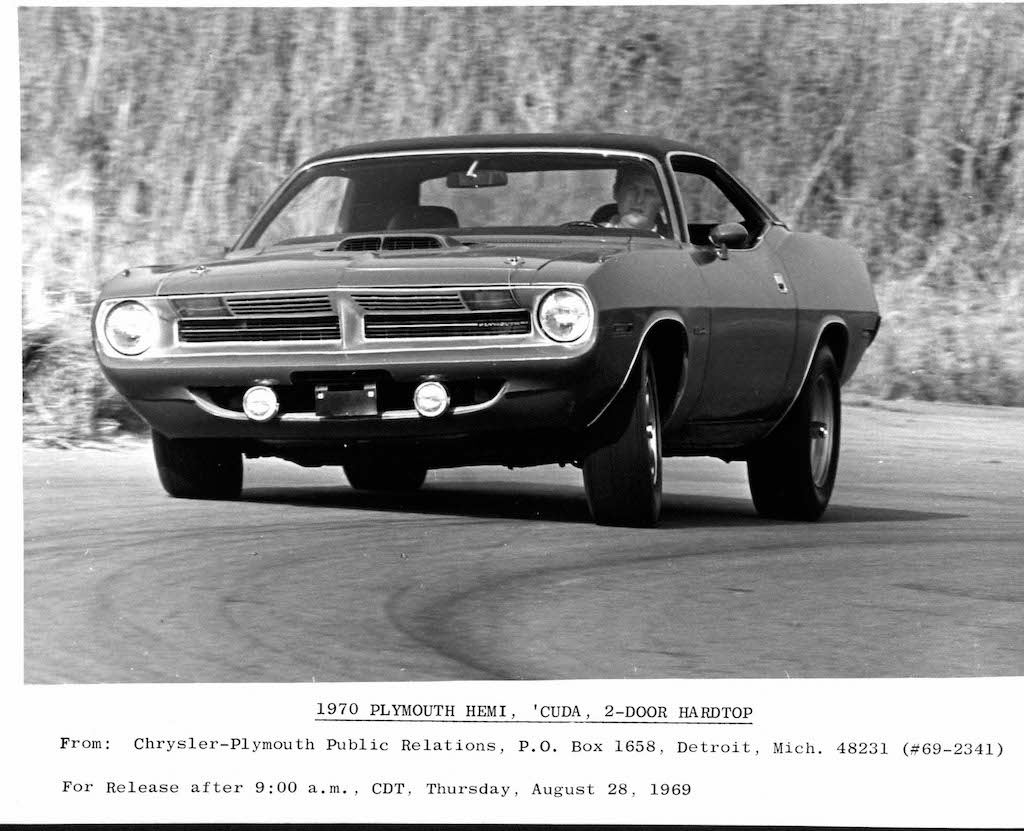 The Hemi ‘Cuda turned into a star last decade when it became one of the first muscle cars to regularly trade hands for more than $1 million. On one hand, it’s one of the best-looking performance coupes of the era, and it’s rare. Plus, its 426-cubic-inch Hemi engine delivers 425 horses, 490 pound-feet of torque, and has legendary racing pedigree. But it’s also plagued with vague steering, tons of body roll, and build quality that would be appalling today. Most surviving examples have been restored to better-than-factory condition. There’s a very good reason for that.

The Charger is hands down the meanest-looking muscle car of the ’60s, and it had plenty of power to back it up. But watch the classic Bullitt car chase. How did those drivers not lose their lunch dealing with all that body roll on hilly San Francisco streets? There’s a reason American performance cars have the long-held reputation for not being able to take corners. The classic Charger, with its tall ride height, massive front and rear overhangs, and skinny bias-ply tires, is a prime example.

When it launched in 1968, the Javelin was American Motors’ first true pony car. The Javelin looked great, and by the time the second generation rolled out, it looked even wilder. The 1971 to 1974 model looked downright sinister, but by the mid ’70s, American Motors started to hit hard times. The Javelin’s interior was laden with squeaky, brittle plastic and typical Malaise Era build quality.

The Daytona was a performance milestone. Designers built the car with aerodynamic aids to dominate NASCAR, and it could reach 200 miles per hour in stock form. But with its massive front beak, the car was almost 19 feet long, making it an unwieldy daily driver. Despite being prized as collectibles today, we wouldn’t be surprised if the majority of surviving Daytonas have had some kind of repairs done to their trademark beaks. 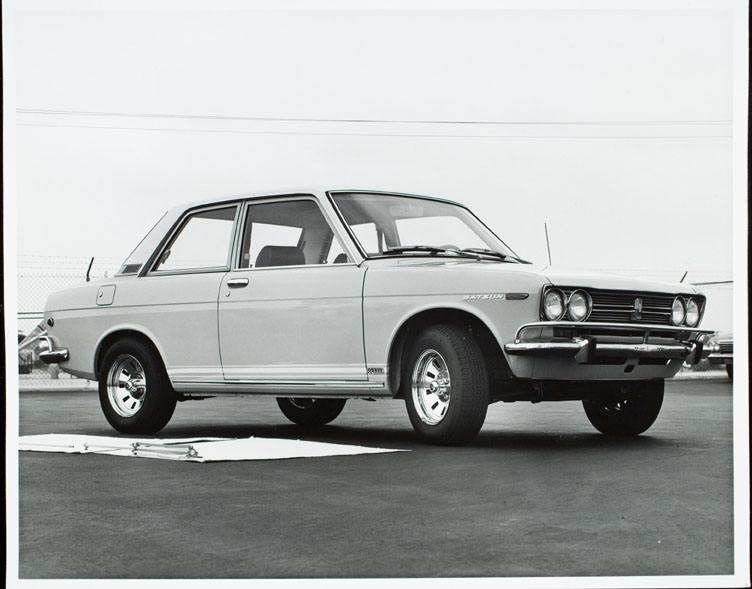 The Datsun 510 is anything but a muscle car, but it was instrumental in showing thousands of gearheads there was an alternative to “there’s no replacement for displacement” at the height of the muscle car era. The 510 was a sporty, quick, affordable little car, and it earned the nickname, “The poor man’s BMW 2002.” But unlike the Bimmer, which was a great driver’s car right out of the box, the 510 needed a bit of love to get there. Datsun pioneered a factory-backed performance parts division. As a result, most surviving examples have at least a few well-needed modifications. A drive in an unmodified original might leave you wondering what all the hype is about.