From creating a budget version of a Big Mac to dodging the sugar tax on drinks, these are the cleverest ways to knock a few pounds off your meal. 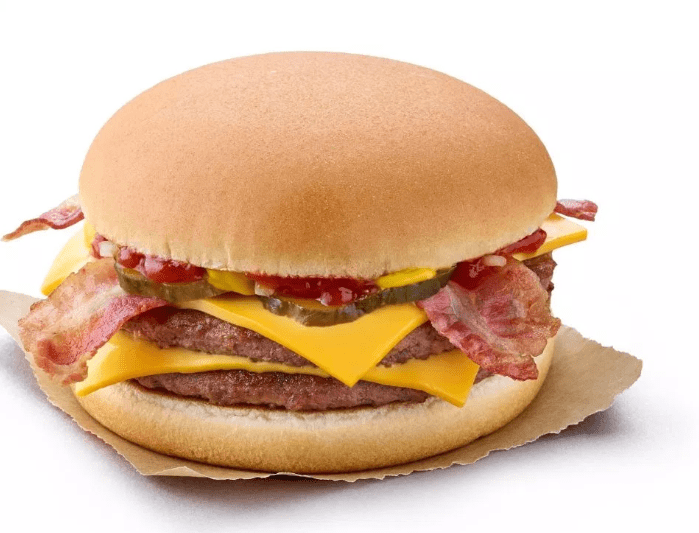 For some of the tips, you may need to use one of McDonald's self-service kiosks which are in more than 1,200 branches in the UK or its app as they allow you to customise your order.

The tips are the latest addition to the mysterious McDonald's secret menu, which features Frankenstein creations such as the Mc Surf and Turf burger which combines a Fillet o Fish with a beef burger, usually a Big Mac.

It's not really so secret anymore but there are still some new ways of customising McDonalds' regular menu and turning its items into something special – and save money at the same time.

Just recently The Sun Online showed you how to get a Big Mac and fries for half price – forever. 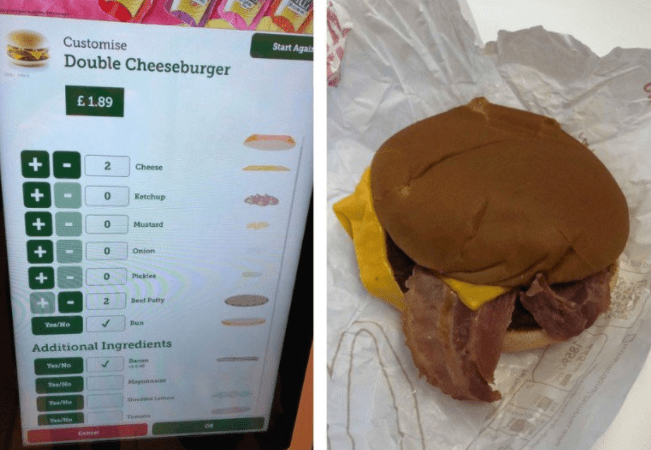 McDonald's and Burger King have very similar menus but there's one way that McDonald's doesn't sell nationwide that its rival does: the £4.39 Double Bacon Cheeseburger.

McDonald's has launched a £1.99 version in 64 branches this year as part of a trial – but Coupon Kid Jordon Cox thinks he has come up with an even cheaper way to get your hands on the burger.

The 21-year-old MoneySavingExpert blogger, of Brentwood, Essex, said you need to order a £1.49 Double Cheeseburger and add bacon for an extra 40p. 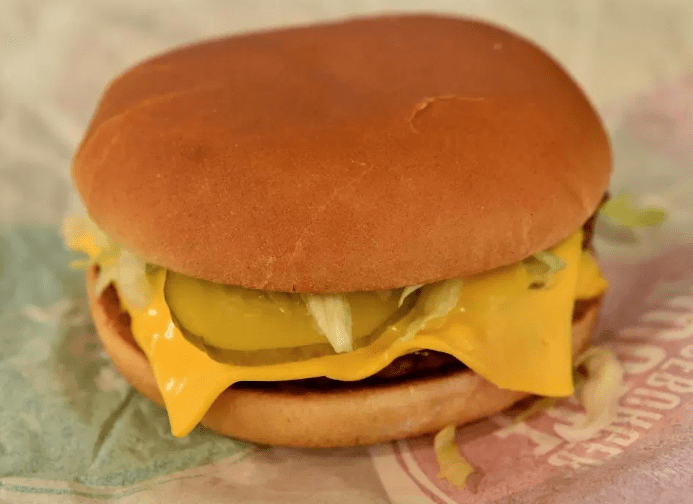 You can build a budget Big Mac for a fraction of the cost of the signature sandwich.

Order a double cheeseburger but ask to substitute ketchup and mustard for the special sauce and add shredded lettuce.

SPONSORED: How Switchcraft could save you £100s a year

Once you're signed up it continues to search for better deals and automatically moves you onto the cheapest one – and Switchcraft say it could save you £518 a year.

So, how does Switchcraft work?

£5 cashback is paid into your bank account within 4 months of completing the switch. Pre-paid meter customers will receive a £5 Amazon voucher. Promotion ends 31/12/18. Open to those 18 and over. UK residents only. Click here for full T&Cs.

NewsUK has a brand partnership with Switchcraft.

It might look a bit sub-par and it crucially won't have the third slice of burger bun but it tastes like the real deal.

How to get free extra toppings on your burger

Jordon Cox reveals: "On the new self-order screens, or the McDonald’s app, you can add extra ketchup, mustard, onion, pickles, mayonnaise and/or shredded lettuce for free to any burger.

"If there's already one of those ingredients in the burger, you get double the amount, or if it’s not normally in there – it’s added in for you."

But you will have to pay extra for cheese and bacon.

How to get extra toppings on your McFlurry for 20p

McDonald's ice cream fans who've been left disappointed by a lack of sauce and sprinklings will be delighted to know that they can get an extra shot at a bargain price.

For 20p more, you can ask for extra toppings including extra sauce.

Save 30p off ice cream

Jordon reveals that you can save money on soft-serve ice cream by opting for a 59p Mini McFlurry instead of an 89p Ice Cream Cone at the fast food giant.

You can ask for a McFlurry without any bits if you want it plain (though why you would want to is beyond us).

Jordon Cox points out that you will get about 10g less ice cream in the Mini McFlurry but you will save a few pennies. 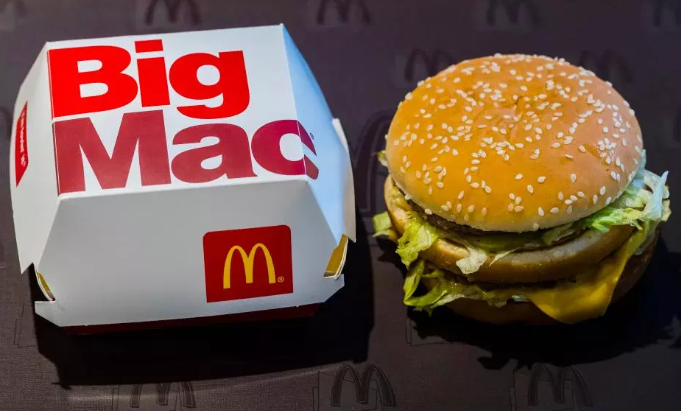 To get your hands on the deal, you first need to buy something from the menu at the fast-food chain, as we revealed back in August.

There’s no minimum spend either so the cheapest item you could purchase is a mini McFlurry ice cream (Crunchie, Dairy Milk or Oreo) for 59p.

It's the receipt you're really after so hold on to it and visit the McDonald’s Food For Thoughts website.

Here you need to tap in the 12-digit code printed on the bottom of the receipt and how much you spent.

You’ll then be asked to fill in a short survey sharing your feedback on the fast-food chain.

When you've done that, you’ll be given a five-digit code to write on your receipt and take with you on your next visit.

How to get £2.20 off a McChicken Sandwich 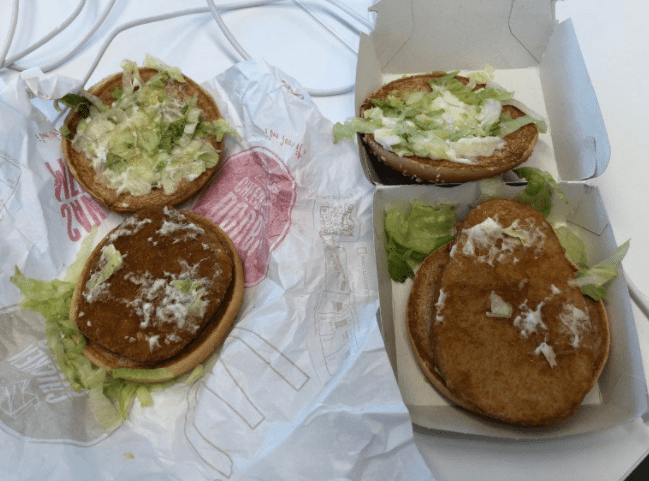 McDonald's McChicken Sandwich normally costs £3.19 – but you can save £2.20 by ordering the very similar 99p Mayo Chicken, according to the Coupon Kid.

Side-by-side, the two burgers don't look very different at all.

McDonald's says on its website that the sauces in the two burgers are different.

Other than that though and it's hard to tell the two apart – so if you don't mind having "cool mayo" instead of "sandwich sauce," opt for the cheaper option instead.

Avoid the sugar tax at McDonald's

McDonald's has pushed up the price of Coca-Cola by 12 per cent due to the new sugar tax.

It adds on an extra 8p for a small, 12p more for medium or 14p more for a large Coca-Cola.

But it only affects Coca-Cola, according to Coupon Kid Jordon.

If you order any other sugary drink at the fast food giant, the tax is not added on. 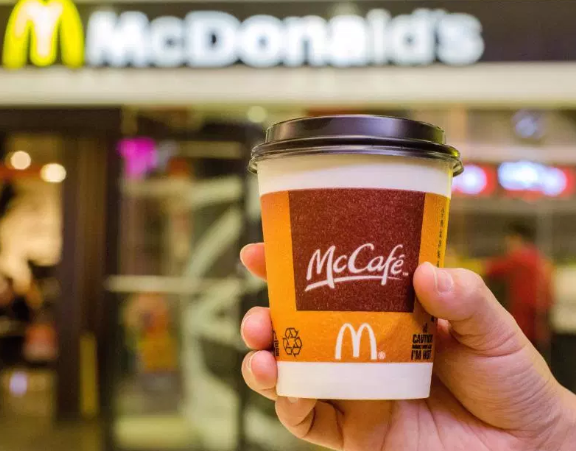 There's a sneaky new way McDonald's fans can get their hands on not one, but TWO free hot drinks using the fast-food chain's new app.

Normally, for every six cups of coffee – or any other McCafe hot drink you order in store – you get the seventh free.

You just need to save up the stickers on each coffee cup on your loyalty card until you have six.

The McDonald's app, which launched this month, runs the same offer – so if you buy six hot drinks using the app, you'll get the seventh free.

But if you save the sticker on the disposable cup each time you buy a cuppa using the app, you'll eventually end up with six virtual stickers on the app AND six real-life stickers.

This means you can get not one but TWO free hot drinks – and McDonald's has confirmed to The Sun that this hack really works. Back in March, a Sun reader discovered you can triple the size of your McMuffin for just £2.80 by using a customise feature on the self-service till.

Paul Steele, from Bow in East London, paid £6.99 for his blockbuster breakfast menu at McDonald’s.

The standard double sausage and egg McMuffin menu costs £4.19, including a breakfast side and drink.

Without any add-ons it comes with two patties, one round egg and one slice of cheese.