Home » 11 Celebrities Making More in Retirement Than Ever Before 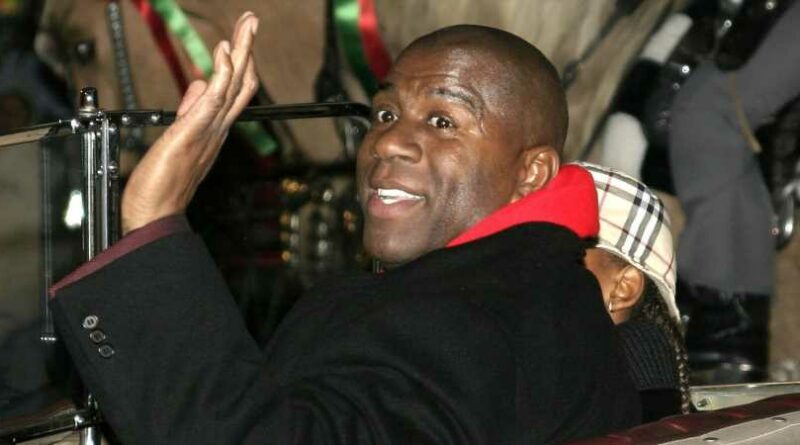 Celebrities often make millions throughout their career. Some choose to retire at an early age to pursue other dreams and ambitions. Others, claim to have retired many times over and that awesome role pulls them back in. Though they’ve already made millions, some celebrities go on to earn more in retirement then they’ve ever made before through clothing lines, restaurants and other businesses. Check out who we might not see on the big screen or in the sports arena but are still raking in the dough.

The former heavyweight boxing champ retired in 1997 and his sideline business of health grills skyrocketed into a $8 million per month profit. After two years, Foreman sold the grill to Salter for a $138 million profit. In all, Foreman made an estimated $200 million from the grill, more than he made in prize money during his boxing career.

We all remember the adorable stars of Full House back in the 1990’s. When they walked away from acting however, the twins launched a series of fashion lines. First, partnering with Walmart and then announcing their own clothing lines including The Row, Elizabeth & James, and Olsenboye, the pair generated a reported $200 million a year in sales and climbing. Today, their net worth is $400 million according to LoveMoney.

In 1996, the superstar started his journey to becaming a WWF legend, but it wasn’t until he retired in 2004 that the real money poured in. Johnson’s string of successful films such as the Fast and Furious franchise, Moana and Jumanji: Welcome to the Jungle and the earnings from his talent made him the highest-paid actor in 2019. He’s now commanding $20 million per movie and has a line of clothing with Under Armour, making far more than he ever did with WWF.

The professional skateboarder made a name for himself when he was the first to perform a 900-degree trick. However, Hawk continues to rake in the dough from lucrative ventures after his 1999 retirement. Still an avid supporter of pro-skaters, Hawk has his name on a series of video games, that were hugely popular until 2015 and made the star $100 million. Those same video games have been remade and enhanced for a new generation, released last fall.

The supermodel walked the runway for the likes of Chanel, Dior and Givenchy and was the face on the cover of many magazines. She was a Victoria Secret Angel from 1997 to 2005 and then retired from her life of modeling. That’s when her career really took off. Banks produced and hosted “America’s Next Top Model” since 2003, hosted an Emmy Award-winning talk show for five years and is now hosting “Dancing With The Stars”. Ten years ago, she was easily earning $30 million a year and has an estimated net worth of $90 million.

She debuted her first album in 1999, starred in “Newlyweds: Nick and Jessica” from 2003 and 2005 and began appearing in movies such as Dukes of Hazzard. When she walked away from her music career (and her husband), Simpson changed courses and became a fashion icon. Annual sales from her clothing line were estimated at $1 billion before she sold her stake in the company in 2016. Recently, Simpson released her tell-all memoir, “Open Book” which sold a half a million copies in the first three months.

The NBA legend retired from the Los Angeles Lakers in 1996 and began a lucrative business career. Johnson is part owner of the Los Angeles Dodgers, owns 105 Starbucks stores and smart business deals and investments has led the star to earn more than $1 billion.

From actress to princess, Markle walked away from her starring role in “Suits” to marry Prince Harry. Becoming the Duchess of Sussex meant retirement for the Horrible Bosses star and since then, Markle has gained more fame and finances from the transition than ever before, according to Finance 101. Today, Markle and Prince Harry reside in California and have one son, Archie and another on the way.

The Fantastic Four actress was an A-lister in the early 2000’s, but once she began a family, her focus changed to launching The Honest Company. Natural and eco-friendly supplies for infants and for the home, Alba’s company began reaching into more homes than perhaps her acting career did and skyrocketed her net worth to $200 million.

A post shared by The Andy Griffith Show (@theandygriffithshow)

“The Andy Griffith Show” star brings back good memories for those that grew up watching him, but Howard is now a top-notch director with award-winning films like Apollo 13 and A Beautiful Mind under his belt. You may seem him in a few cameo’s here and there, but for the most part, the famous director has left acting behind for a more lucrative career behind the camera.

When Temple retired from acting at the age of 22, she asked about her money, only to find out of the $3 million she earned in dozens of films, only $30,000 remained. According to The List, the rest had gone to her parents and other family members. Over the next 60 years she launched a highly successful political career, serving as a United Nations delegate and U.S. ambassador to both Ghana and Czechoslovakia. At the time of her death, her net worth was $30 million.