Dating in 2018 has its pros and cons, and sitting at the top of both lists is the complete transparency of it all. We can vet our dates more easily now than ever before: Skimming a person’s resume on LinkedIn, sifting through years of spring break photos on Instagram, capturing every conversation (seriously, every conversation) with screenshots — screenshots we then tuck into our dating archives to be analyzed for weeks, maybe even years, to come. I had two relationship experts analyze my texts with my dates to see what their findings would reveal about my connection with each one.

See, I have a pretty bad habit of passing my phone around the brunch table (or study lounge, or group text), asking every one of my friends what a guy’s messages might imply about our hypothetical, budding relationship.

“I feel like, he’s just not as excited about this as he should be, you know?” I’ll ask, which usually leads to a few firm reminders that it’s just a first date (and the majority of the texting population is a bit more conservative with their use of excited ALL CAPS MESSAGES than I am).

In addition to the reminders that I should probably lay off the caps lock, these in-depth text analyses also mean that I sometimes — cough, always — walk up to dates with a set of pre-conceived notions about a person I’ve never even met, about a relationship I haven’t even entered. But is that habit a healthy one? Am I helping or hurting my own chances of hitting it off with these guys?

I turned to two relationship experts and asked them to analyze my text exchanges before or after my first dates with three different fellows: Tom, Will, and Rory. I’d stumbled across each fellow in the same way (on dating apps, because of course), though their dates had completely different outcomes.

Here’s what Lori Salkin, senior matchmaker and dating coach at SawYouatSinai.com, and Dr. Fran Walfish, family and relationship psychotherapist, author of The Self-Aware Parent, and co-star on WE tv’s Sex Box had to say on the matter. I won’t tell you how the dates ended just yet, but — spoiler alert! — these pros know their stuff. 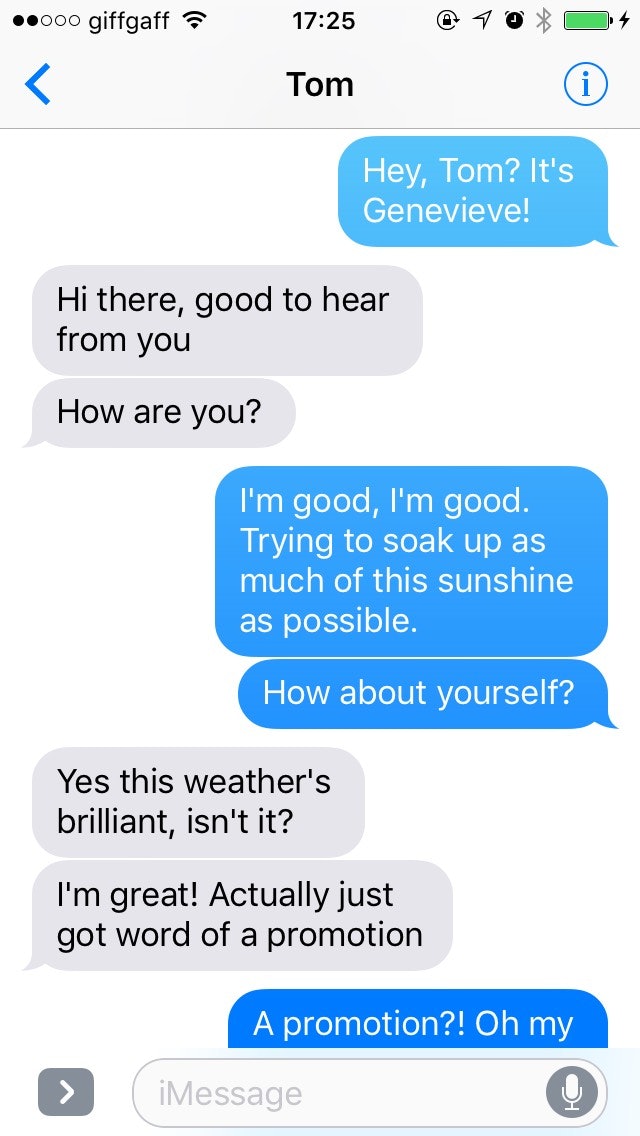 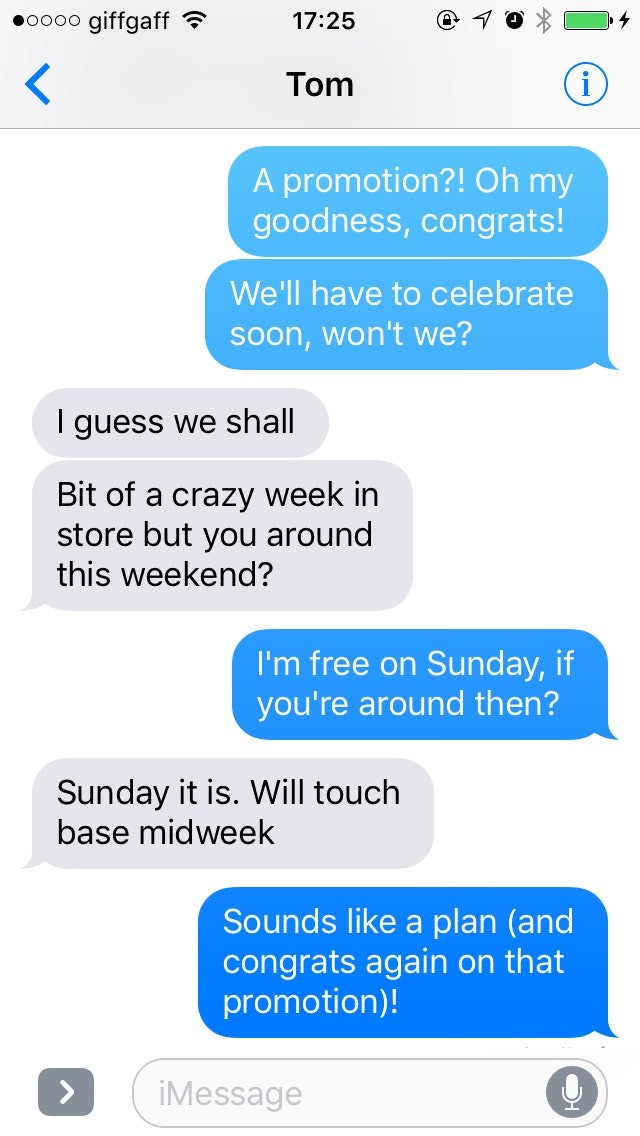 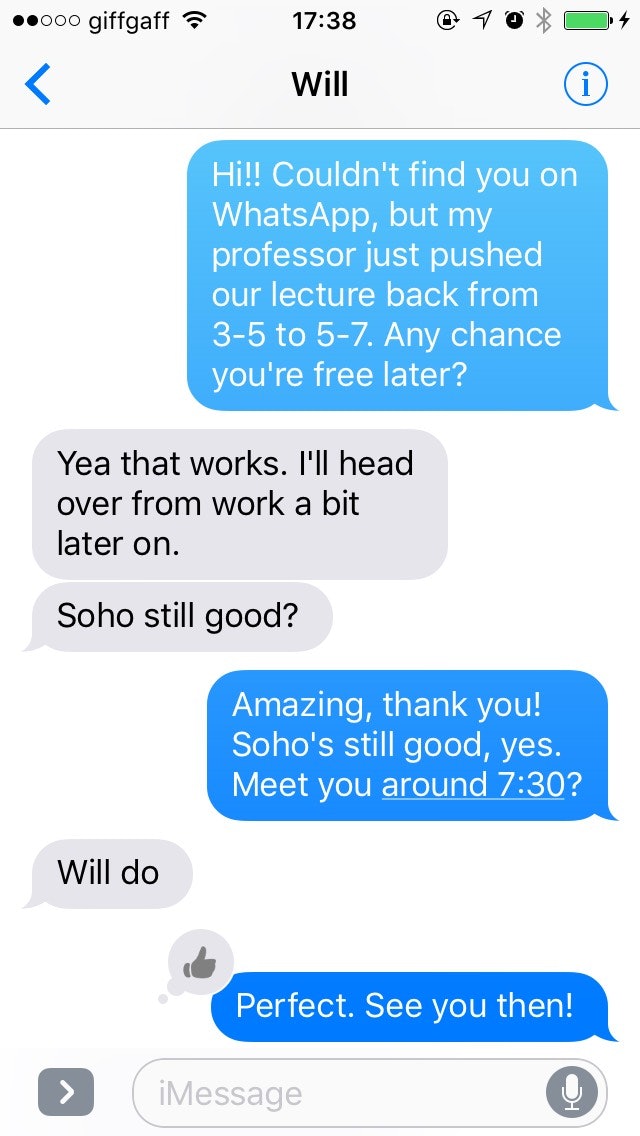 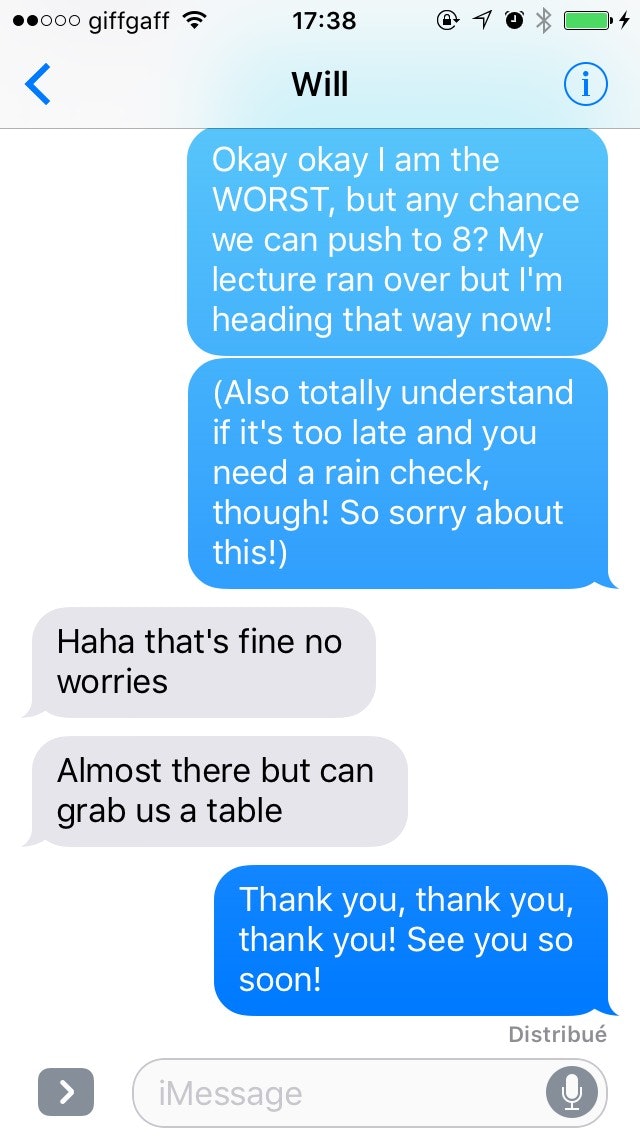 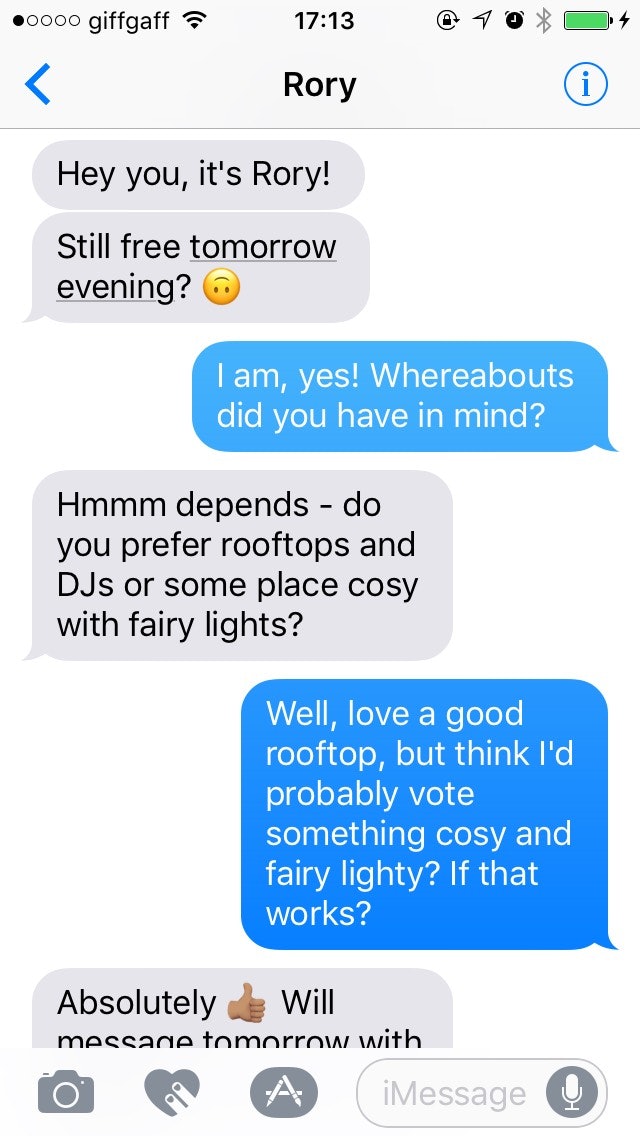 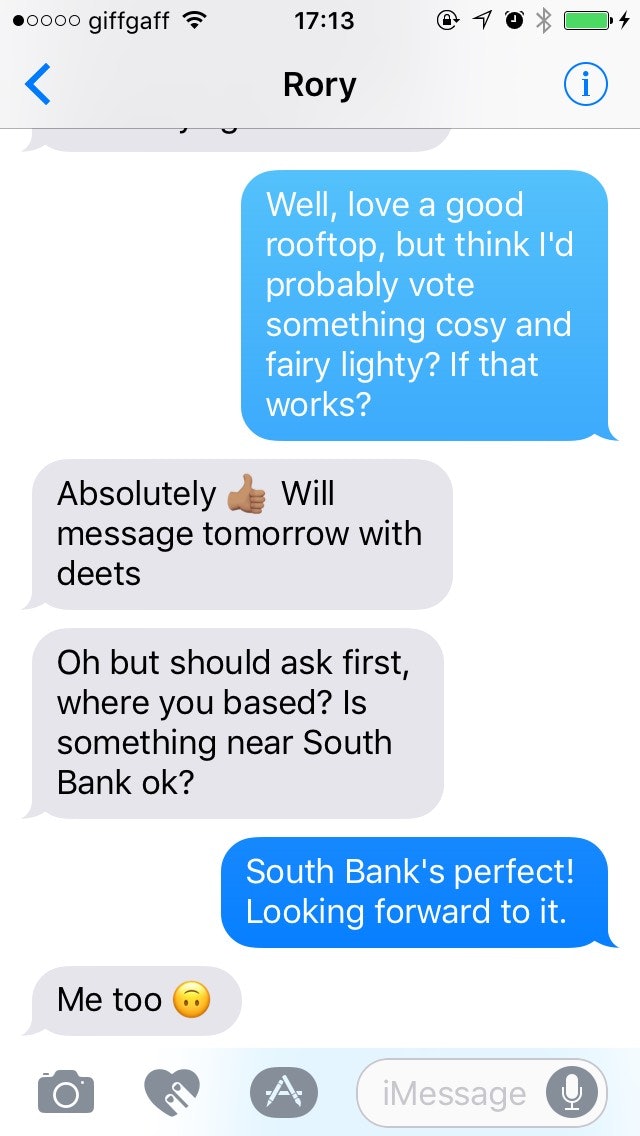 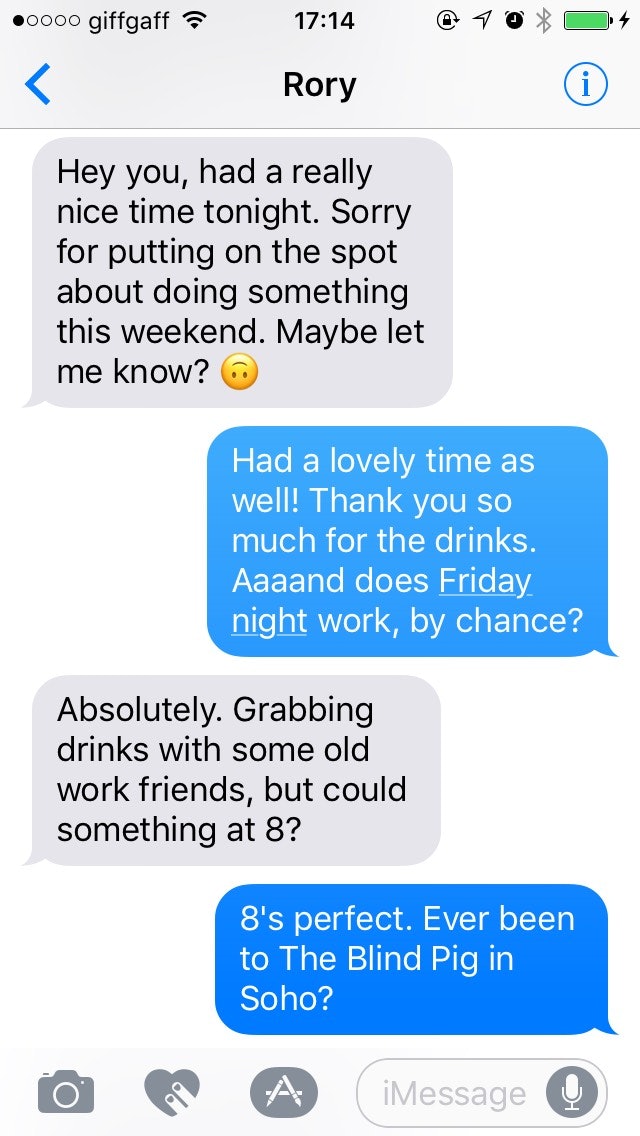 Both of our experts were completely on the money when it came to pretty much all of these dates.

Tom, who Salkin called “braggadocious,” and Dr. Walfish pinned as seemingly “self-absorbed," was exactly that. He def wasn’t following the “old-school rules of dating.” He spent most of the night describing the ways in which he was “crushing” it at work, and when the check arrived, said, “You’re covering this, right? As a celebration?”

I’m not sure if this was the result of some majorly misplaced BDE (we, obviously, did not make it far enough into a pseudo-relationship for me to find out), but this guy clearly had no interest in wooing me, which our early texts pretty clearly suggested.

Will, whose few messages indicated he was an “open and willing” potential partner, was… way too cool and chill for me. He’d taken a semester off in college to go surfing in southeast Asia, played guitar in a friend’s indie rock band, and seemed like the type of guy who would have a Mandala tapestry draped behind his bed. Admittedly, I was drawn to his cool, calm, and collected disposition in the moment, but I think he was overwhelmed by my — well — very uncool, un-calm energy. This date served as yet another reminder that opposites don’t always attract, no matter what Paula Abdul might have us believe.

Finally, Rory, who Dr. Walfish dubbed a “good guy," definitely was (well, is) a good guy. He was the only one of these fellows who shot me a post-date text and made plans to go out again, and again, and again in weeks to come. As Salkin pointed out, our eager energies matched each other’s pretty nicely, which likely explains why our date was the only one that ended with a semi-happily-ever-after (or the start of one, at least).

Honestly, I kind of expected the results of this little experiment to be inconclusive. I thought Lori Salkin and Dr. Walfish would explain that there wasn’t enough to read into from these messages – that nothing could really indicate how our dates would turn out. But the truth is, there is something to be said about the way someone communicates even before you’ve met IRL. You’ll never really know how well you and your date connect until you speak in real life, of course, but you can definitely get a sense of their personality in these early exchanges.

Check out the “Best of Elite Daily” stream in the Bustle App for more stories just like this!