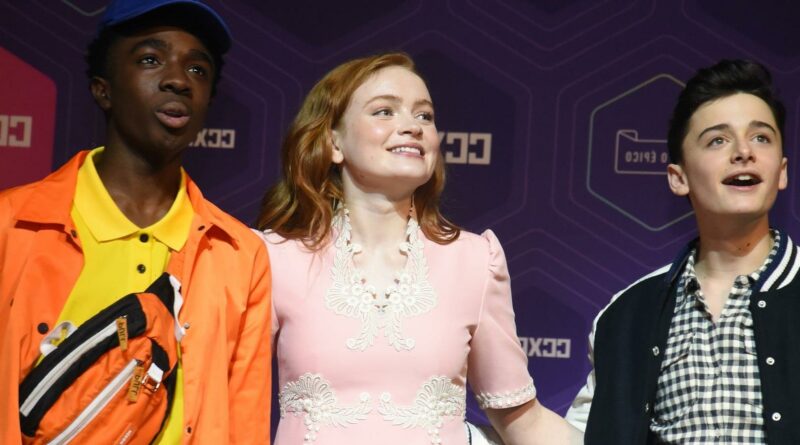 Since the 90s, teen and tween actors like Zac Efron, Miley Cyrus, Victoria Justice, Miranda Cosgrove, and Ariana Grande have become famous through their brilliant performances on the screen. With changing times, the big screen does not discriminate between actors based on their age, and the new-age teen actors gather gigantic fame and wealth from a tender age. Seeing their career trajectory, it can only be assumed that they have a long career lined with success ahead.

Here are some of the richest and most popular actors in 2021.

A post shared by S K A I (@skaijackson)

Skai Syed Jackson, who is currently 19 years old, already made history after being ranked as Times’ ‘One Of The Most Influential Teens’ in 2016. She is particularly famous for her role as Zuri Ross in Jessie, a popular sitcom that aired on the Disney channel.

She also appeared in the reprise sequel of Jessie called Bunk’d. Other than that, Skai is known for her performance in shows like K.C. Undercover and Marvel: Rising: Initiation. In 2021, her net worth is calculated as a grand $500,000.

Oleff has acted in I Am Not Okay With This, Once Upon A Time, and Shake it Up!. Oleff is among the richest teen actors worldwide, with an extravagant net worth of about $1 million.

Sadie Sink, another 19-year-old actress, is already one of the most dashing teen divas in Hollywood. She is most fondly remembered for playing the role of Maxine ‘Max’ Mayfield in the science fiction youth drama series Stranger Things, which was released on Netflix. However, she has also been a part of some other splendid projects.

Sink has acted in movies like Eli, The Glass Castle, and Chuck. In addition, she has appeared on TV shows like Unbreakable Kimmy Schmidt, American Odyssey, and Blue Bloods. No wonder Sadie has already amassed a great wealth amounting to $1 million.

McKenna Grace was born in Grapevine in Texas in 2006 and had been acting since she was 6. She has worked in a lot of movies and shows but is best known for playing the character of Jasmine Bernstein in the Disney XD sitcom called Crash & Bernstein.

Grace is also pretty well known for her short roles on shows like Netflix’s Haunting Of Hill House and Hulu’s The Handmaid’s Tale. Some of her other projects were Annabelle Comes Home, Captain Marvel, and Troop Zero at the age of 14. Grace has an impressive net worth of about $2 million in 2021.

Every Marvel fan remembers the little boy who saved Tony Stark’s life in Ironman 3. That little guy, played by Ty Simpkins, is currently 19 years old and is already one of Hollywood’s most successful teen actors.

Simpkins moved on to significant movie roles like the ones like in Insidious and later in Insidious Chapter 2. He has also acted in Jurassic World, released in 2015, for which he received the Saturn Award. Ty presently has an estimated net worth of about $2 million.

Disney aired a show called Andi Mack in 2017, and the character of Jonah Beck, played by Asher Angel, made him a famous face in Hollywood. Angel has also acted in shows such as Criminal Minds: Beyond Borders. He also blew the audiences’ minds with his performances in Shazam and On Pointe on the big screen.

Asher Dov Angel was born in 2002 in Phoenix, Arizona, and his first performance was in the movie Jolene that came out in 2008. He is currently 18 years old and has a million-dollar fortune.

Noah Cameron Schnapp is among the famous child actors who became a household name after his role in the super-hit sci-fi teen drama Stranger Things by Netflix. He played the role of Will Byers on the show, and his performance is regarded as one of the most critically acclaimed.

Noah has also acted in Liza On Demand and movies like Bridge Of Spies, Waiting For Anya, and Hubie Halloween. At the age of 16, Noah has already amassed a net worth of about $3 million.

Finn Wolfhard is Noah’s crewmate on the show Stranger Things. Finn is also among the main child characters of Stranger Things and plays Mike Wheeler.

The Canadian actor is a versatile personality who has also mastered singing, screenwriting and directing besides acting at just 18. He is also known for winning the Screen Actors Guild Award for ‘Outstanding Performance By An Ensemble.’ His net worth was recorded to be a hefty $3 million in 2021.

Olivia Rodrigo became famous after playing the role of Nini Salazar-Roberts on High School Musical: The Series, a Disney Plus show. Born Olivia Isabel Rodrigo in 2003, the teen actress is also a singer and songwriter.

Her other performances include her role of Paige Olvera in Bizaardvark, another show on the Disney channel. She recently turned 18 and already has an impressive net worth of about $4 million.

Last but not least, Millie Bobby Brown has achieved success one after another. Her first breakthrough came with her role on Stranger Things, but that was just the beginning. Later, she also starred in a movie called Enola Holmes, released on Netflix.

Millie has landed the opportunity of acting alongside legends like Henry Cavill, Sam Claflin, and Helena Bonham Carter. The British actress is currently 17 years old and is already the richest teen actress with a net worth of $10 million. Her musical abilities have also contributed to her undying fame. She is also famous for playing Madison Russell in Godzilla vs. Kong and Godzilla: King Of The Monsters.

Looking at the careers of these child actors, it is evident that many more great things await them in the near future. It is an exciting time for the Hollywood industry to have such young talents grow up all groomed and prepared to take on bigger challenges as they grow.

READ NEXT: 2021 Net Worth For The Hottest Up & Coming Musical Artists