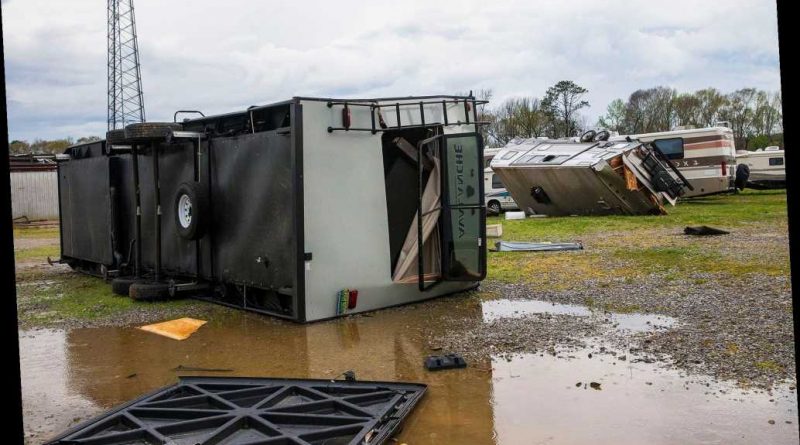 25 tornadoes were reported across several states on Wednesday as a line of storms continue to move further into the Southeast, leaving millions at risk of dangerous weather conditions.

According to ABC News, Alabama, Oklahoma, Mississippi and Louisiana all had reports of tornadoes on Wednesday, after the National Weather Service (NWS) declared a rare Level 5 "high risk" of severe thunderstorms in the states.

Alabama and Mississippi both experienced severe damage to homes and businesses. According to CNN, two people were injured in southwestern Alabama as their home was destroyed.

No deaths as a results of the storms have been reported.

According to The Washington Post, this was the first time since 2012 that a high risk of severe weather has been declared during March by the Storm Prediction Center. In total, at least 45 million people will be under threat from severe storms on Thursday, CNN reported. Risk of strong winds, dangerous lightning, hail and tornadoes are all expected, per the National Weather Service.

"Review your severe weather safety procedures for the possibility of dangerous weather today," the Weather Service said in an advisory. "If a tornado warning is issued for your area, move to a place of safety, ideally in a basement or interior room on the lowest floor of a sturdy building."

According to ABC News, the highest threat for tornadoes will be in the Carolinas, particularly in Charleston, South Carolina as well as North Carolina's Raleigh and Wilmington.

Other isolated storms are possible on Thursday from southeastern Ohio into the central Appalachians of Appalachians of West Virginia and Virginia, according to the National Weather Service.