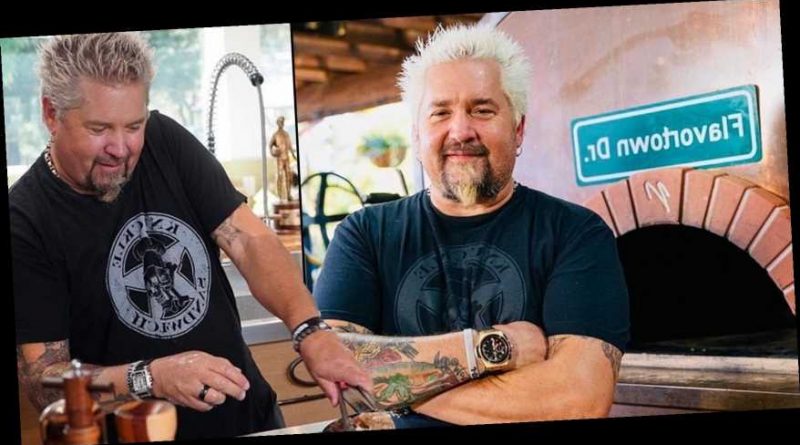 When the pandemic hit America, many people were left jobless, or with significantly reduced work hours. The restaurant industry suffered one of the biggest hits, with many restaurants being forced to close their doors, or operate as ‘take away’ counters only. Renowned celebrity chef, Guy Fieri, wanted to give back to the community of restaurant workers, so he decided to raise funds which would help some of those struggling to pay their bills and provide for their families. Over the spring and summer months of 2020, Guy Fieri teamed with the National Restaurant Association’s Educational Foundation (NRAEF), and raised over $22 million to help those most affected, according to ABC News.

In the initial months of the campaign, over 60,000 people had applied to receive some relief funds from the fundraising mission. The initiative provides a one time relief fund of $500 to accepted applicants, according to CNN. Though millions were raised, the demand for relief was huge, and they are no longer accepting new applicants. Guy Fieri teamed with several different brands and organizations to accelerate the donations.

Guy Fieri certainly has a lot of connections in the food and restaurant industry, as he has been the face of popular Food Network show, Diners, Drive-Ins And Dives since 2007. His franchise also includes hit foodie shows Guy’s Grocery Games, Guy’s Big Bites, and Guy’s Ranch Kitchen, all popular Food Network programs. His enthusiastic personality and signature spiky, bleached blonde hair have made him one of the most popular faces of the network. Fieri reached out to Uber Eats, PepsiCo., TikTok, Netflix, Constellation Brands, Wingstop Restaurants Inc., Cargill, Ecolab, Moët Hennessy USA, Robin Hood Foundation,  and The Coca-Cola Company for help with the relief fund. Having these large corporations back the fund gave him an enormous advantage; the more companies that signed on, the more the fund was talked about, and the more people were donating.

4 The Public Was Encouraged To Make Donations

While much of the funding for the relief checks came directly from big name brands, the public were also very much involved in coming to the rescue. 100% of proceeds donated by the public were awarded to those in need. An astonishing 90% of the recipients used their relief checks to go towards their rent or mortgage payments, and almost 80% of the recipients had an annual family income of less than $50,000, according to the National Restaurant Association Educational Foundation.  Almost 60% of the recipients were aged between 21-35 years old, and 60% identified as female. Restaurant workers such as chefs, servers, and management were all eligible to apply for the relief fund. The funds were distributed to people in all states, and those who had either lost a job, or had a significant cut to their wages were eligible for the fund.

Another fun way that Guy Fieri got his fans involved in donating to the relief fund was to promote various giveaways throughout the campaign. Personalized ‘Flavortown’ coolers designed by Igloo, as well as other Flavortown merch were all up for grabs. This was a great way for his fans to get involved in the cause, while also taking chances at winning fun prizes. With over 1.7M Instagram followers, it’s no wonder the relief fund shot up so quickly!

Guy used his social media platform to spread the word about the fundraising campaign. Since he has so many online followers and fans, he was able to get the word out quite effectively. The hashtags #restaurantreliefamerica and #RaisetheREFR were also circulated to help promote the philanthropic mission. Celebrity endorsements, such as an Instagram video posted by Brett Michaels in April 2020 certainly also helped the word get out.

1 Giving Back To His Community

Guy Fieri definitely feels like the restaurant industry is home, as he has spent his entire career dealing with restauranteurs and industry staff. It’s clear that this personal connection made a huge impact on the way he got involved in the mission. With so many jobs lost, and millions of people desperate to regain some sort of financial security, this was definitely a super successful campaign! Guy Fieri is such a staple in the food and restaurant industry, and the fact that he has used his celebrity and fame to help those in need is a testament to the type of person he is! This initiative was a huge success, and definitely helped a lot of people out who were in need of additional financial support during some very tough times.