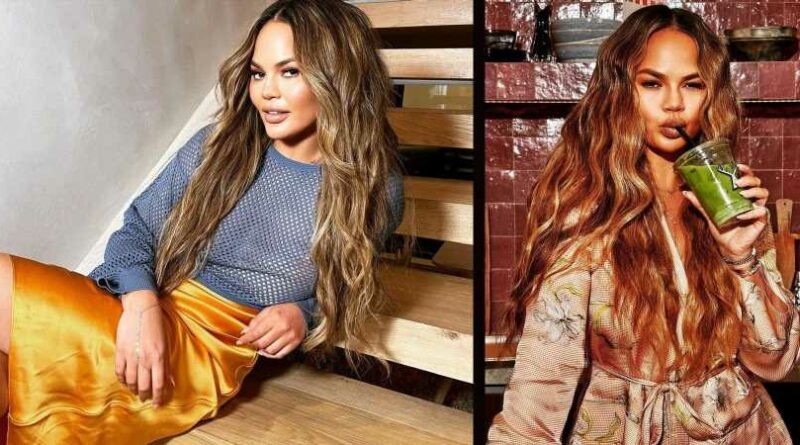 Chrissy Teigen has seen the ups and downs of fame as she has shared her life with her fans on social media. She’s among the many celebrities that are comfortable sharing their personal life online, and by doing so, she seems to increase her followers and fan base. She has upwards of 34.9 million followers on Instagram alone, and 13.6 million followers on Twitter, each of which is a potential customer each time she launches something new. Teigen happens to be a business mastermind, with a variety of different business ventures and revenue streams in the works. Women’s Health Magazine recognizes that she manages to stay current, and keeps successfully growing her already massive $75 million net worth.

The foundational elements of Chrissy Teigen’s wealth and fortune were hinged on her supermodel status. She made her debut on the cover of Sports Illustrated Magazine in 2010, and has since been one of the most recognized swimsuit models in the world. Her stunning beauty and incredibly seamless ability to comfortably model bikinis and swimwear has resulted in Teigen being one of the highest paid models in the entire world. According to Nicki Swift, she was ranked number three on the Forbes “list of ‘the world’s highest-paid models’ in 2017 as well as 2018.” To put this in perspective, Teigen’s earnings were just a bit behind that of Gisele Bundchen and Kendall Jenner, earning millions of dollars for each appearance.

Her work includes the 2007 Maxim calendar, multiple covers for Sports Illustrated Swimsuit, and Cosmop0litan, to name a few.

Being the business-minded woman that she is, Teigen has turned her passion for cooking into a lucrative source of income. She has published her Cravings cookbooks with huge success. In fact, Cravings: Hungry For More made it to the New York Times Best Sellers list, increasing Teigen’s earnings with this boost of recognition.

According to Women’s Health; “her first book, Cravings, sold more than 400,000 copies, and was one of the top two cookbooks of 2016. With a list price of $29.99 that works out to around $12 million in sales. Her second cookbook, Cravings: Hungry For More, sold around 150,000 copies in the first two months after publishing.”

Teigen features her recipes and mouth-watering images on all her social media channels, and of course, uses this platform to segway into selling her very own line of cookware. Teigen’s kitchenwear collection is available for sale through Target, and has been flying off the shelves since it first launched. This line includes pots, pans, plates, and all kinds of kitchen necessities that fans excitedly scoop up.

Understanding the value of TV appearances has ensured that Teigen remains well paid, and well recognized. She has a bubbly, very charismatic personality that draws in the audience, making her highly sought after as a host and judge on popular television shows. Chrissy Teigen’s most loyal, long-time fans remember the days that she appeared as a back up briefcase girl on Deal or No Deal, back in 2006, at the same time that Meghan Markle was on the show as well.

She has co-hosted Lip Sync Battle with LL Cool J and been a judge on Bring the Funny, each of which paid her an astronomical amount of money.

She has also appeared on MTV’s reality series called Snack-Off, The View, FabLife, as well. Her own show called Chrissy Teigen’s Hungry and Cookies and Cocktails has earned her well over $13 million.

Most celebrities take advantage of trading their image for an endorsement fee, and Chrissy Teigen is no stranger to the concept. In fact, she relishes in the moment. She has earned millions of dollars by modeling for and speaking on behalf of huge brands such as Gillette, Olay, Gap Factory, UGG Austraila, Nike, Venus, and so many more. She has even appeared to represent her own cosmetic palette for Becca and joined forces with Pampers at one point as well.

Taking part in their campaigns has proven to be an incredibly lucrative, multi-million dollar venture for Chrissy Teigen.

Perhaps one of the most fun and exciting income streams embraced by Teigen is that of commercial participation. She and her husband, John Legend, have starred in commercials for Google Assistant as well as Target, Pampers, and Hulu.

In fact, when it comes to Hulu, Teigen has seen an incredible amount of success. In 2019, she gave a special incentive to all of her fans, allowing them access to Hulu subscriptions for half price for a full six month period. She has gone on to host her own show on Hulu and has big future plans with them that are slated for future release.