Home » Lifestyle » 7 Celebrity Couples Who Got Engaged During The Summer, Because Love Is In The Air

Summer may be known as wedding season, but it could easily be called engagement season, too. Maybe it has something to do with the inherent romance in the air this time of year, thanks to spontaneous road trips, skinny dipping under the stars, and stealing a smooch (or more) on a private beach. Or, maybe it’s merely the heat that has many people fantasizing about forever with their person. Regardless, there are so many celebrity couples who got engaged during the summer, which serves as further proof that it’s a super popular time of year to put a ring on it.

According to the Brides 2018 American Wedding study, summer weddings have dwindled by more than 20% since 2017. However, more and more couples are opting to get engaged in the summer. In fact, July and August are tied for the second most popular months to pop the question — right after December.

Last summer alone, there was a slew of celeb engagement rings to lust over. Like, who could forget Ariana Grande and Pete Davidson’s summer proposal? Their relationship may not have ended in a happily ever after, but still, Davidson reportedly popped the question in June of 2018 after just a few weeks of dating (and Ari did get some smash hit songs out of the ordeal, to boot #ThankUNext).

That’s not the only whirlwind affair between two stars that resulted in a summertime proposal, either. Blame it on those romantic summer vibes, eh? Here are a handful of other celebrity couples who got engaged during the hotter season. 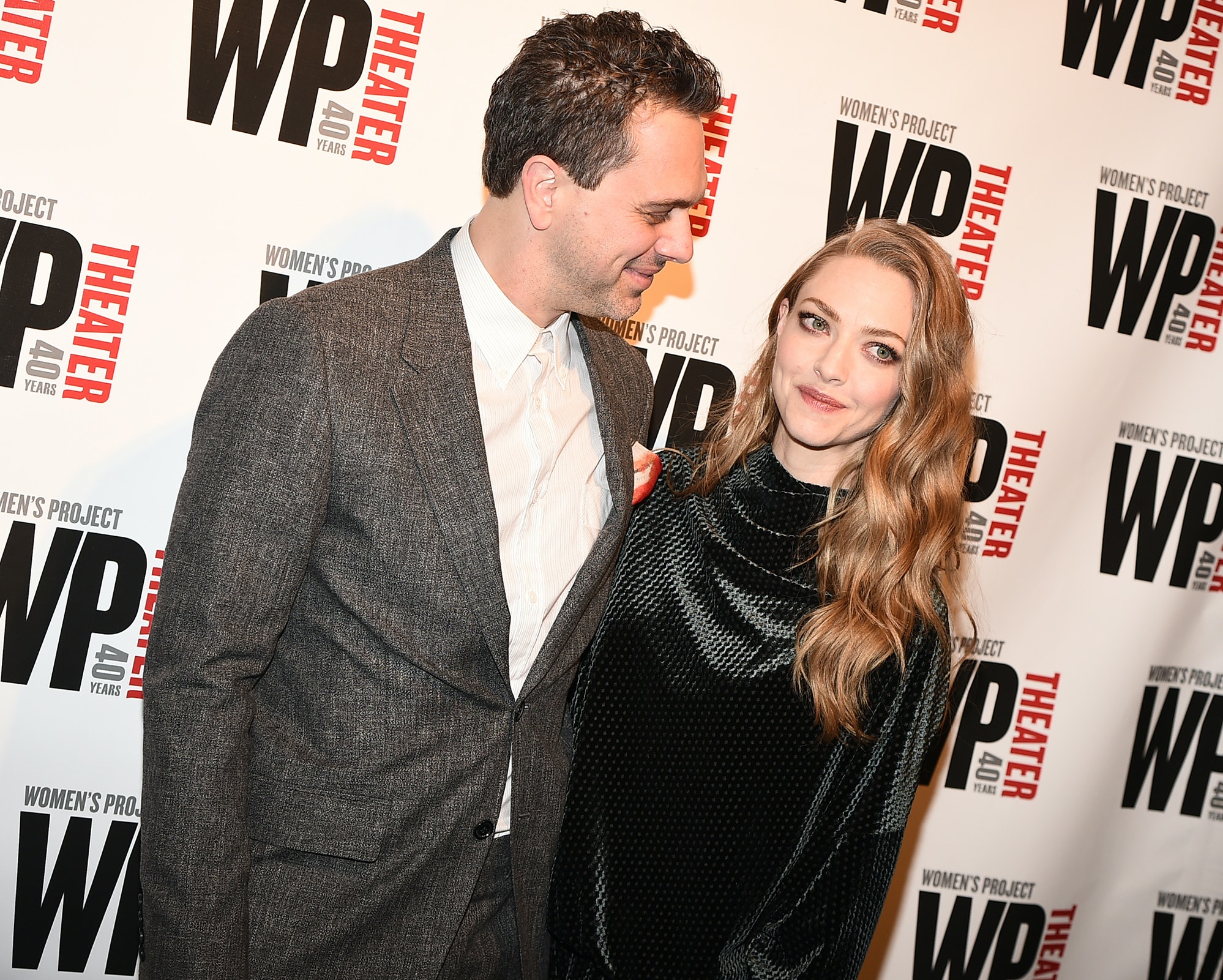 Amanda Seyfried and Thomas Sadoski have already started raising a family together — but before they said "I do," they were merely co-stars in the off-Broadway production The Way We Get By. By the time they were filming The Last Word, however, they were officially dating.

The engagement rumors started circulating when the Mean Girls star was spotted with a ring on her finger while taking her pup for a stroll around NYC. Before long, reps for the two stars confirmed their engagement to Us Weekly. The duo secretly tied the knot in a small California community in the Santa Monica Mountains, and TBH, their wedding couldn’t have been more chill — rather than having a traditional wedding reception, the two enjoyed a casual brunch at their local café on Sunset Boulevard in Los Angeles. 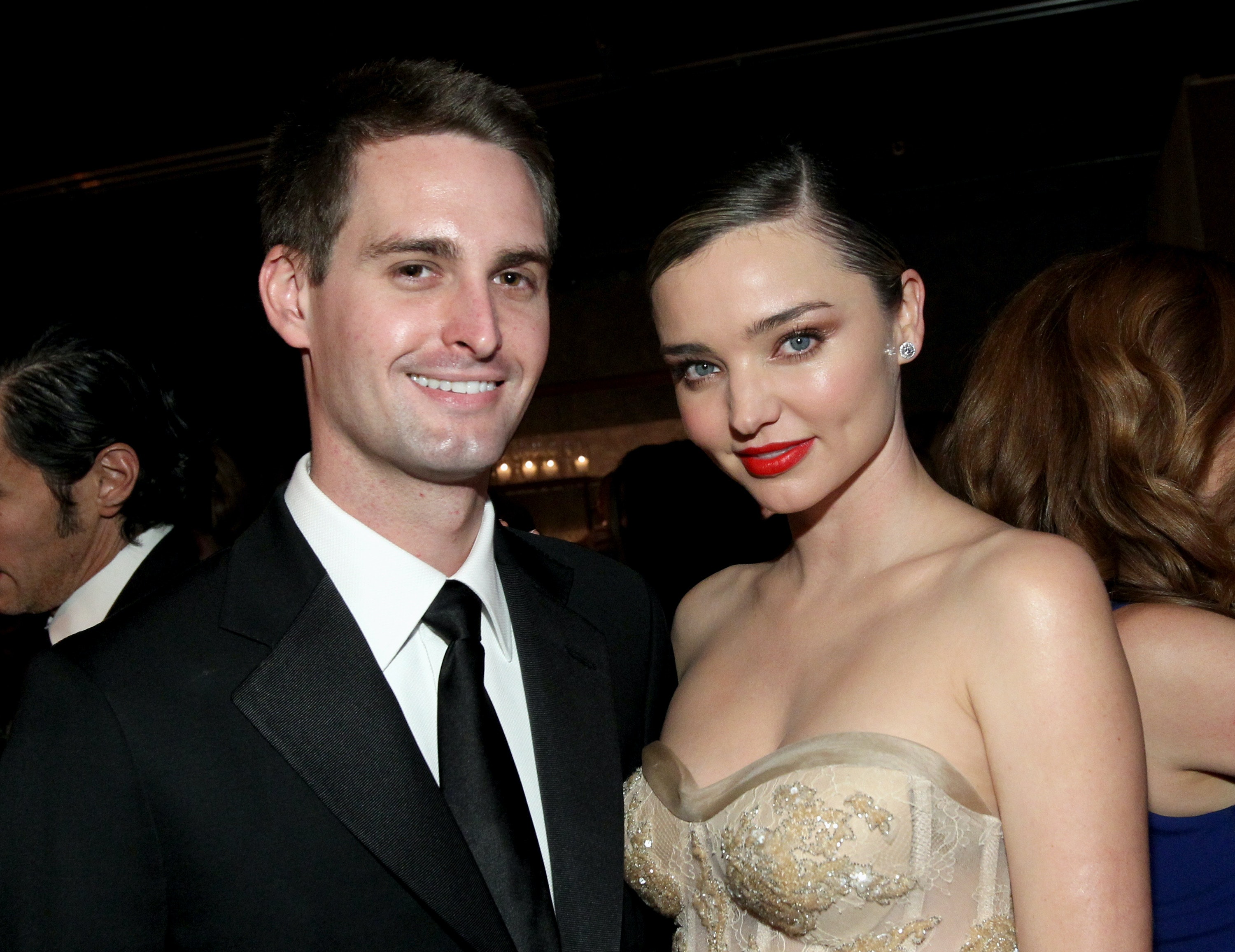 While Miranda Kerr may be in a long-term relationship with the founder of Snapchat, Evan Spiegel, she took to Instagram to announce her engagement in July 2016. The Victoria’s Secret Angel did add some bitmojis of herself and her beau, however, on top of a black-and-white photo of the ring on her finger. Kerr’s engagement ring was just as stunning as one might expect, considering she would be marrying a self-made billionaire — with a classic round center diamond flanked by two baguette diamonds on each side. She simply captioned the photo, “I said yes!!!” 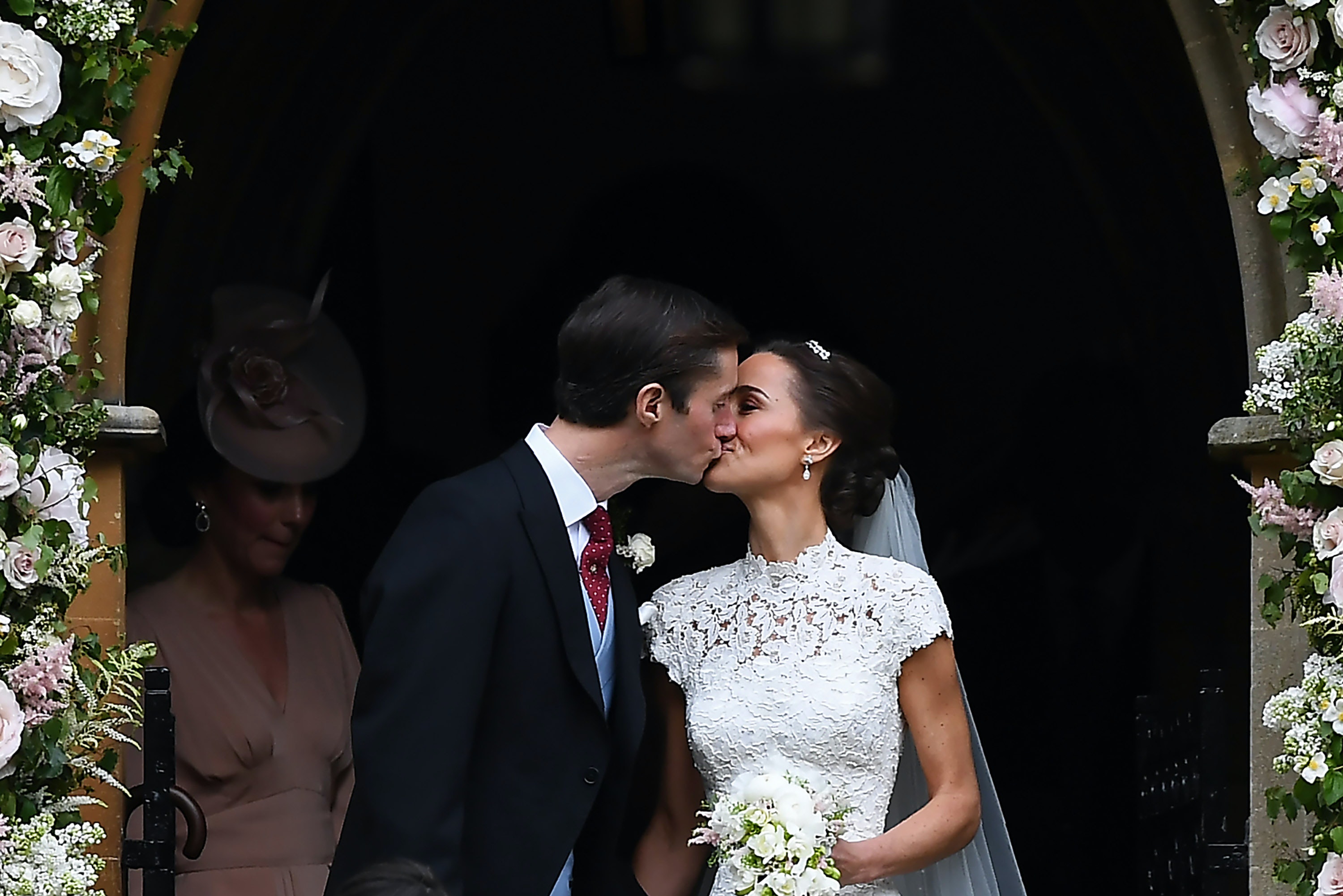 Pippa Middleton rose to fame — and earned the nickname “Her Royal Hotness” back when she was a bridesmaid at her older sister’s royal wedding in 2011 (blame it on the curve-hugging McQueen gown — #flawless). But the socialite and younger sister of the Duchess of Cambridge soon got the glory of being a bride herself: She was engaged to her on-again, off-again boyfriend James Matthews, a financier, on July 17, 2016, a year after they began dating again. According to The Daily Mail, Matthews got down on one knee and pulled out a jaw-dropping sparkler while they were taking a romantic stroll in the Lake District of England. The Daily Mail also reports that Matthews went the traditional route and sought out the consent of his potential father-in-law before popping the question. When Justin Bieber and Hailey Baldwin took a trip to the Bahamas in the summer of 2018, they weren’t just taking a typical romantic getaway — it’s a trip the two stars will no doubt remember forever, given that Bieber popped the question on their tropical vacation. According to TMZ, eyewitnesses claimed that Bieber proposed in front of other patrons at a restaurant who were salsa dancing the night away. First, however, his security asked everyone to put their phones away because “something special was about to happen.” Understatement of the year, folks. Did I mention that the rock, which features a massive oval-shaped diamond, is reportedly worth half a million dollars?

Much to fans’ delight, both stars individually broke their engagement news via social media. In a lengthy heartfelt Instagram caption, Bieber wrote, “Hailey I am soooo in love with everything about you! So committed to spending my life getting to know every single part of you loving you patiently and kindLY… My heart is COMPLETELY and FULLY YOURS and I will ALWAYS put you first! You are the love of my life Hailey Baldwin and I wouldn’t want to spend it with anybody else.” Baldwin, meanwhile, tweeted, "Not sure what I did in life to deserve such happiness but I am so utterly grateful to God for giving me such an incredible person to share my life with!” Karlie Kloss dated businessman and investor Joshua Kushner for six years before they tied the knot, but were only engaged for three months, so apparently, they were pretty eager to spend the rest of their lives together — starting ASAP. And while the couple have been pretty private about their relationship in general, Kloss opted to announce her engagement via Instagram (seeing a trend here?) in late July 2018. The supermodel and entrepreneur captioned the sweet selfie of her smooching his cheek with a loving note: “I love you more than I have words to express. Josh, you’re my best friend and my soulmate. I can’t wait for forever together. Yes a million times over.” According to Harper’s Bazaar, the eye-catching ring features a cushion-cut diamond set on a band studded with pavé diamonds. If you listen closely to the lyrics of Ryan Hurd’s song “Love In a Bar,” you’ll catch a glimpse into how he fell in love with fellow country star Maren Morris. And according to People, music is precisely what brought the two together, sparking their friendship, and eventually, their romance — which led to an engagement on July 3, 2017. The music power couple announced the news on Instagram, with a series of several shots featuring a close-up of Morris’s hand sporting her dazzling engagement bling. The caption may have been simple and to the point — “Yes” with the diamond ring emoji — but their love story is hardly basic. The duo has reportedly been friends since 2013 when they linked up for a writing session that led to their collaboration on the tune “Last Turn Home.” Ever since Nick Jonas and Priyanka Chopra walked the red carpet together at the 2017 Met Gala, all eyes were on their budding romance. Soon after, they appeared basically inseparable, and after dating for just a couple of months, news broke that they were engaged by July of that year. According to E! Online, Jonas actually closed down a London Tiffany & Co. store so he could privately peruse the diamond ring selection. Still, the stars didn’t personally confirm their engagement until August of 2017. In matching Instagram posts on August 18, they shared an adorable photo (in which her jaw-dropping ring is prominently displayed on her hand) and captioned it “Taken.. With all my heart and soul.”

To be clear, these aren’t the only celeb couples to have gotten engaged in the summer over the last few years. Ellie Goulding and Caspar Jopling, Eliza Dushku and Peter Palandjian, and Taraji P. Henson and Kelvin Hayden are just a few more sets of lovebirds that said “yes!” to a lifetime together during the warmer months. And who can blame them? Apparently, there’s just something about summer that inspires us to follow our hearts.