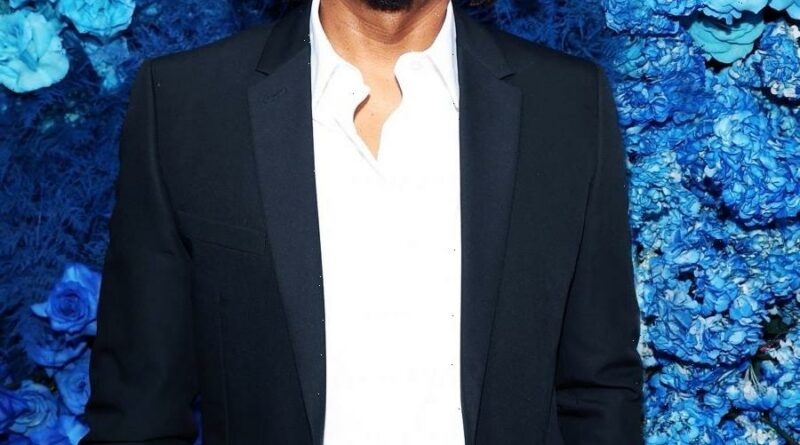 This week marked the first year of Joe Biden’s presidency and that alone is enough to make anyone logout and go lay down. Whether it was Mercury retrograde or Aquarius season, we’re willing to bet two black N95 masks that sometime this week your tolerance level fell lower than Biden’s approval rating. In case you were unable to scroll while trying to stay warm, here’s a few things you might have missed this week.

1. Jay-Z Pushes NY Law To Stop Rap Lyrics From Being ‘Weaponised’ In Court

Jay-Z, Meek Mill, Fat Joe, and Big Sean were just a few of many musical acts that are pushing for New York prosecutors to stop using rap lyrics in attempts to prove guilt during criminal trials. They are all backing the proposed Senate Bill S7527, also known as “Rap Music on Trial,” with the hopes of it becoming state law, as reported by Rolling Stone.

In a signed letter by the 4:44 rapper, obtained by Rolling Stone from his attorney Alex Spiro, Jay-Z says, “Rather than acknowledge rap music as a form of artistic expression, police and prosecutors argue that the lyrics should be interpreted literally — in the words of one prosecutor, as ‘autobiographical journals’ — even though the genre is rooted in a long tradition of storytelling that privileges figurative language, is steeped in hyperbole, and employs all of the same poetic devices we find in more traditional works of poetry.”

The legislation was first proposed in November by Senator Brad Hoylman (D-Manhattan), Senator Jamaal Bailey (D-The Bronx), and Assembly member Catalina Cruz (D-Queens) and passed through the New York Senate Codes committee on Tuesday. The bill is now headed for a full vote on the Senate floor.

3. Black Lives Matter Is Off To The Races

A video of a Texas family’s recent addition to the family is going viral. The Hatleys are the first African Americans to compete for the Quarter Horses in the state. The Hatley’s added another racehorse to their stable and gave it a name worth screaming: Black Lives Matter. Owned by her father and uncle, Keeundra Hatley Smith, told The Shade Room on Instagram, “We named him Black Lives Matter because we knew he was special and wanted to bring our culture to the sport.” And that they did, because in white-dominated sport, whether the horse is winning or losing, the announcer has to say, “Black Lives Matter.”

While Bravo fans are still recovering from the last Real Housewives of Atlanta family-related spinoff, Porsha’s Family Matters, another show is already queued up for broadcast. Grammy Award-winning songwriter and RHOA vet Kandi Burruss will star in her fifth reality spinoff on the network. The new series, Kandi & The Gang will follow Burruss’ family and staff, who all work at her down-home southern restaurant, Old Lady Gang. Viewers will see many familiar faces like her husband Todd Tucker, The OLGs (Mama Joyce Jones, Aunt Nora Wilcox, and Aunt Bertha Jones), and Kandi’s longtime right-hand and left-hand friends DonJuan Clark and Carmon Cambrice. Viewers will also be introduced to a slew of zany new characters that make up the staff of the OLG restaurant. Remember to set your reminders for the series premiere on Sunday, March 6 at 9/8c.

5. The Queen of Basketball Dies

The family of Lusia Harris, the only woman to be officially drafted by an NBA team, announced she died in Mississippi on Tuesday. She was 66. Sadly many of us are only learning of her and her greatness in her death. The Mississippi native was drafted by the New Orleans Jazz in the seventh round in 1977, but didn’t try out for the team because she was pregnant at the time. Denise Long, the first woman to attempt to be drafted in 1969 by the San Francisco Warriors, was blocked by the NBA because her gender did not meet the criteria to be drafted.

Delta State University won three straight national titles in the 1970s with the assistance of Harris. She also earned a silver medal for the United States at the Montreal Olympics in 1976. She was named to the U.S. women’s team in 1975. When women’s basketball made its Olympic debut, Harris scored the first points in the first game of the tournament.

Check out her short documentary The Queen of Basketball below.

According to the press release, “frictionless shopping,” which allows customers to walk in, grab what they need, and leave without having to wait in line or stop to scan and pay, is surprisingly not a response to the pandemic, but to autism. The couple created the business model after their oldest son was diagnosed with autism, as they quickly discovered the importance of healthy food accessibility. The market promises to provide a quick experience while serving uniquely curated products, a wide assortment of premium food, personal care products, and a “fresh, prepared foods menu with the finest ingredients,” 24 hours a day, seven days a week. TechCrunch reported users will download the app and enter their payment information. When they are in the store, they scan a code at the turnstile, and that creates the digital cart. The user can walk through the store, and a combination of 30 cameras and weighted shelves monitor and track that person’s shopping. When the user leaves the store, their payment method is charged, and they receive a receipt on the app. This kind of technological advancement at the hands of Black people makes a Wakanda reality that much more possible.

If you have your own little souls at home or are still really in touch with your inner child, then you may already be aware of the enchantment surrounding Disney’s Encanto. But for the rest of us that are late to the party, just know the children are going off for Encanto. While the animated film had a brief release in theaters in November due to Covid, it saw much wider success when it became available on Disney+ in December. The movie follows a Colombian family fighting to keep their magical gifts. Numerous viral images of brown and Black children identifying with the characters in the movie are being shared online. The most heartwarming image though is of 2-year-old Kenzo. Kenzo’s parents shared a photo on Instagram highlighting his uncanny resemblance to the film’s character, Antonio, and it is mind-blowing. Hopefully, the excitement and utter joy from all the children will motivate Hollywood to prioritize more narratives of color.