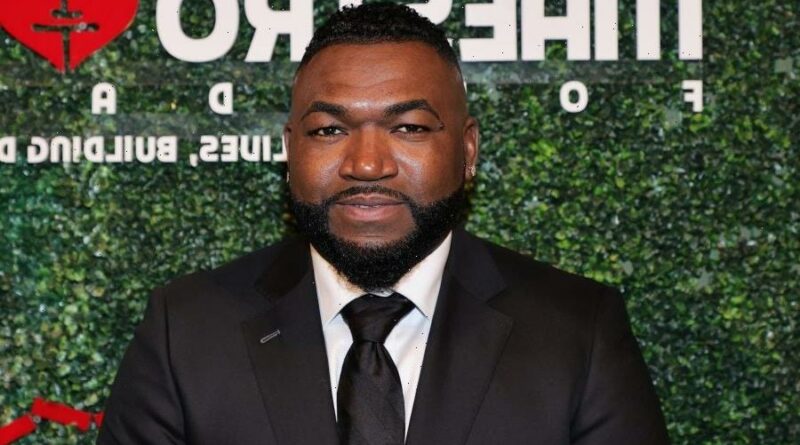 And just like that…the month of January is over. With reports of Covid-19 reinfections, a rocket booster possibly crashing into the moon, a confirmed reserved seat for a Black woman on the Supreme Court, a potential war with Russia over Ukraine, and an impending bomb cyclone headed for the northeast, it was pretty quiet week.

So, in case you were too busy trying to beat your personal best on Wordle, here’s a few things you might have missed.

1. Hellur, Is it Madea You’re Looking For?

When Tyler Perry announced in 2018 that he would be retiring his iconic character Madea, we should’ve known that it wasn’t going to be the last time we saw of Mabel Earlene Simmons. There was no way that after almost 20 years, the gun-toting, muumuu-wearing, glad-to-cuss-everybody-out elderly woman would leave so quietly. Now in 2022 Madea is back. On Wednesday, Netflix released the trailer for A Madea Homecoming, which is set to premiere Friday, Feb. 25. As Tyler Perry reprises his roles as both “Madea” and her brother “Joe Simmons,” so does Tamela and David Mann as “Cora” and “Mr. Brown” as well as Cassi Davis-Patton (Tyler Perry’s House of Payne) as “Aunt Bam.” Perry’s first Netflix original revolves arounds the family drama that ensues as Madea’s great-grandson graduates from college.

“Treat Yo’ Self” has been a self-care warrior cry since it was first uttered on Parks and Recreation by Retta’s character Donna. Now, viewers will be treated to more of Retta’s comedic genius by way of a talent holding deal with NBC. The deal was announced earlier this week that the Good Girls star will work exclusively with NBCU Television and Streaming and Universal TV to find projects she can star in across the company’s broadcast, cable and streaming platforms.

“I’ve spent most of my career working with NBCUniversal, and I was lucky to have my first series regular role on Parks, which continues to be beloved by a dedicated fan base,” Retta said in a statement. “It’s a cozy and familiar place for me.”

Former Boston Red Sox slugger David “Big Papi” Ortiz is headed to the National Baseball Hall of Fame. It was announced Tuesday night on MLB Network that Ortiz, 46, was elected into the Hall of Fame by the vote of the Baseball Writers’ Association of America. Of course, the news came with much controversy, as the beloved 6-foot-3, 230-pound gentle Dominican giant of Fenway Park was the only player selected by the association. Baseball enthusiasts questioned why titans Barry Bonds and Rogers Clemens still haven’t been inducted, despite all three players reportedly testing positive for performance-enhancing drugs. Fellow inductees Gil Hodges, Jim Kaat, Minnie Miñoso, and Tony Oliva were elected by Golden Days Era Committee, and Bud Fowler and Buck O’Neil were chosen by the Early Baseball Era Committee. The legendary seven will be inducted into the Hall on Sunday, July 24 in Cooperstown, N.Y.

4. The Brothers Are Not Okay

Hyattsville, Maryland’s mayor, Kevin Ward, died by suicide at the age of 44. News of the mayor’s untimely death from an apparent self-inflicted gunshot wound came on Tuesday. Ward previously served as city council president in Hyattsville, located just outside of District of Columbia. Ward became mayor at the end of 2020 when then-Mayor Candace Hollingsworth stepped down. Ward then won the mayoral election in May 2021. He leaves behind a husband and two sons.

ESSENCE previously reported, within the Black community, the actual suicide death rate for men is more than four times the rate for women. The staggering rates continue to prompt the community to dig deeper into mental and emotional health.

If you or someone you know is in need of grief counseling or mental health support, we encourage you to call the National Suicide Prevent Lifeline 1-800-273-TALK.

That Rihanna reign just won’t let up as she continue to put her money where her mouth is. According to the AP, on Wednesday, the Bajan pop singer-turned-billionaire business mogul’s Clara Lionel Foundation pledged $15 million to 18 organizations fighting for climate justice across seven Caribbean countries and nearly all 50 states. The pledge comes in partnership with Jack Dorsey’s #StartSmall philanthropic initiative. The grant recipients “are focused on and led by women, youth, Black, Indigenous, LGBTQIA+ and people of color to accelerate climate justice for those at greatest risk,” the press release said. Some notable ogranizations that have already been approved for grants are  Black Feminist Fund, Black Visions Collective, Movement for Black Lives (M4BL), Native Movement, and NDN Collective.

Naturally there is a brief panic when distinguished artists are trending on Twitter. Thankfully, when Anita Baker was trending this week, it was because the songbird was celebrating both her 64th birthday and her return to the stage. Baker tweeted she would be performing again in Las Vegas starting in May 2022.

The news came as a shock because in 2018, the “Angel” singer announced she would retire from music and hold a farewell concert series. She played a five-show residency at the Venetian Theatre in 2019 as part of the concert series. Just last year, Baker was almost prepared to follow in the vein of artists done wrong by their labels, like JoJo and Ashanti, and re-record her music. After fighting with her former label, Elektra, for control of her master recordings, the dispute was settled with the original music intact.

North Carolina cartoonist and co-creator of Hulu’s Woke, Keith Knight is cleverly and comically fighting back against the overwhelming stereotypical racial images online. While discussing media literacy and racial literacy with his two young sons, Knight learned that when users Googled “three Black teenagers,” the top search results were police booking photos, or “mug shots,” according to The News & Observer. In an attempt to outsmart the algorithm, the #BlackMugShot campaign was born.

Knight instructed his Black readers to post and send a picture of themselves drinking out of a favorite mug—and his non-Black readers can help too, by sharing a picture of themselves with a black mug—via the “K Chronicles” cartoon which he published last month. Now his website includes photos of over 200 people wielding mugs, most notably including Woke star and comedian Lamorne Morris.