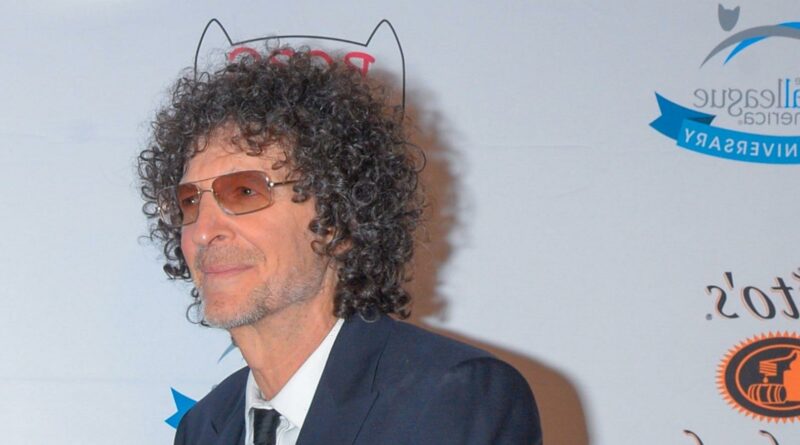 Howard Stern was introduced to the world of radio through his father, who was a sound engineer and found it as an outlet to grow out of his shy demeanor. He began conducting radio shows during college and hosted a few unsuccessful shows until he landed a job in Washington DC with his radio sidekick Robin Quivers. Through The Howard Stern Show, he became a popular figure in America, and his satellite radio show, published books, and endorsement deals have earned him a $650 million net worth over the years through the annual salaries.

From hosting a show to becoming a talent show judge, Howard Stern has experimented with every diverse field in Hollywood to become a famous personality. He fancies spending his fortune on his show staff and buying expensive homes in America.

The Howard Stern Show was broadcasted on traditional radio from 1986 to 2005, where he became a popular figure for his views and eccentric guests. In 2004, he signed a five-year deal with SiriusXM services for $500 million, which paid him $80 million in salary and $20 million in stock every year. In 2010, the deal got extended for another five years with $500 million, and later in 2015; he signed a 12-year contract with Sirius to be paid $80 million every year. As mentioned by Yahoo Finance, he signed a new five-year deal in 2020 that will pay him $120 million per year and $600 million in total.

While signing the contract with SiriusXM, Howard pays for his staff from the massive payday he earns from the show. His sidekick and best friend Robin Quivers reportedly makes $10 million a year from the show, while the producer and sound effect co-ordinator Fred Norris makes $16 million annually. Gary Dell’Abate makes roughly $6 million, and other staffers are paid $60,000-$80,000 every year.

Stern published his first memoir, Private Parts, in 1993; moreover, Simon & Schuster signed a $1-million deal with him to publish it. The book became an immediate hit and, within the first few hours of its release, sold 225,000 copies, as noted by Celebrity Net Worth. The book stayed at the Number 1 spot on the New York Times Bestseller list for 20 weeks. He has written two more books in the following years. He published Miss. America in 1995 and Howard Stern Comes Again in 2019.

Stern bought his first home in 1998, a stunning $4.9 million apartment on the Upper West Side in Manhattan, New York. He later purchased an adjoining unit for an additional $4.5 million. In 2008, he purchased two apartments below his loft for $15.1 million to expand the size of his penthouse. The radio talk-show host also has a custom mansion constructed on an empty lot in Southampton, New York, for $20 million. Additionally, Stern has a 12-bedroom mansion in Palm Beach, Florida, which he purchased for $52 million.

Known for his quick wits and talent of entertaining people, Howard Stern became a talent show judge for the seventh season of America’s Got Talent, replacing Piers Morgan. He was a judge on the show for four seasons and helped the other judges select the most talented artists out of the pool which became popular figures in the entertainment industry. He was one of the highest-paid judges on the show and earned $15 million per year, going neck-to-neck with Simon Cowell’s salary.

Becoming a well-known personality, Howard enjoyed spending his vacations hanging out with other celebrities. According to US Weekly, he went on a vacation with Hollywood A-listers Jennifer Aniston, Courtney Cox, Justin Theroux, Jimmy Kimmel, and Molly Kimmel in Mexico in 2014. In 2021, he took a two-month-long vacation from his work to take a break from his hectic schedule of taping the show three times a week.

Since signing with the service company, Howard Stern has consistently featured in SiriusXM advertisements and TV spots. He has appeared in commercials while judging America’s Got Talent, most notably in the 2012 Super Bowl TV Spot, and has also collaborated with Amazon’s Alexa concept to promote The Howard Stern Show.

Enjoying vacations in style and luxury, the judge is known to rent superyachts while taking downtime from his work. When he vacations in Palm Beach, Florida, Stern rents the 279-foot superyacht Solandge, as reported by Forbes. Along with comfortable rooms, it features a full spa, night club with DJ, infinity pool, bar with a piano, a full dive center, and water toys.

From being one of the highest-paid hosts and reality show judges to earning through commercials, Howard Stern has made millions from entertaining people over the years. He also likes to take a break by spending time with his family, spending his fortune on vacations, and paying his staff. Stern continues to host his show on SiriusXM and interviews some of the most popular celebrities in Hollywood.