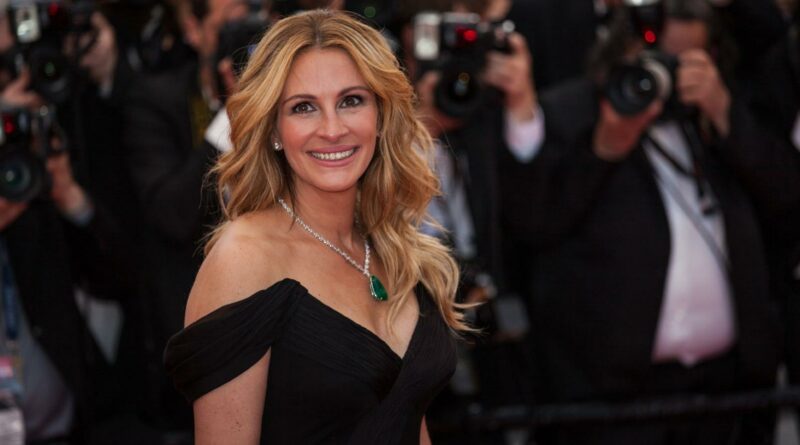 Julia Roberts has been the leading actress in Hollywood for over two decades, and the A-lister has earned $250 million, which she loves to spend on real estate and family vacations.

Julia Roberts came from a background in the world of drama as her parents co-founded an acting school for children. After graduating high school, she sighed onto modeling classes and began pursuing her career in Hollywood. She debuted in the 1988 film Satisfaction starring alongside Justine Bateman and Liam Neeson. Her breakthrough role came two years later with the blockbuster hit romantic comedy Pretty Woman which earned her an Oscar and Golden Globe nomination. Since the 1990s, Julie Roberts has continued to be the star in several notable movies, including Erin Brockovich, Flatliners, Notting Hill, My Best Friend’s Wedding, Ocean Trilogy, and many more. She has garnered a net worth of $250 million with hefty paychecks.

Julia Roberts has made millions from her brand endorsements apart from acting and producing in movies and television. The actress has spent her money buying real estate and investing in philanthropic ventures. Let’s look at how Julia Roberts earns and spends her fortune.

Julia Roberts was one of the highest-paid actresses of the 1990s and early 2000s. She collected big paychecks that were comparatively higher than other actresses. According to Parade, her most enormous salary came from the 2003 movie Mona Lisa Smile where she was paid a whopping $25 million. She made $20 million for her Oscar-winning role in Erin Brockovich and became the first actress to breach the $20 million salary mark. Julia Roberts’ other notable salary was $300,000 for Pretty Woman.

Between her busy filming schedules and raising her three children, Julia Roberts and her husband, Daniel Moder, ensure they take a much-needed break when required. The couple and their children are often spotted flitting off to exotic locations and countries. The family loves being close to the sea and took an extended break in Hawaii in 2016. Besides, they also spent the summer of 2021 on a yacht in Positano, Italy, and the winter in Sydney, Australia.

Julia Roberts launched her production company in 2000 titled Shoelace Productions. She has served as an Executive Producer on various movies and television shows since then. Roberts was the producer on the movies Kit Kittredge: An American Girl, Jesus Henry Christ, and more recently, Ticket to Paradise. The actress returned to the small screen in 2018 with the series Homecoming where she served as a producer and lead, which won two Satellite Awards.

The actress spends a significant portion of her earnings purchasing real estate properties. During the 1990s, she had a lakeside property in Montana and a penthouse in New York. Her most notable estate is a 32-acre ranch in Taos, Mexico, valued at $2.5 million in 2008, as noted by Architectural Digest. Over the years, she has bought a Malibu home for $9.5 million, a three-bedroom penthouse in NYC, land in Hawaii for $13 million, and a Victorian-style mansion in New Orleans for $8.3 million.

Known for her million-dollar smile, Julia Roberts has been a sought-after actress for brands. In 2009, she became the face of Lancôme, a cosmetic brand, and signed a $20 million for a year. After agreeing to a five-year extension, she was reportedly paid $50 million. She starred in multiple print ads and advertised the La Vie Est Belle fragrance. In 2010, she starred in an Italian Lavazza coffee commercial and made $1.5 million for a 45-second spot.

Celebrities are known to make their body parts insured for millions of dollars, from David Beckham’s legs to Keith Richards’ hands. Julia Roberts has ensured her megawatt smile, which has been beloved by audiences for decades. As mentioned by Yahoo Finance, the actress has not revealed the company where she made the insurance, but it is worth a whopping $30 million.

Julia Roberts has not only shown her acting chops in front of the screen but also ventured into voice acting during the early 2000s. In 2006, she voiced Hova in The Ant Bully and lent her voice to Charlotte in Charlotte’s Web. Roberts also had a voiceover in the romantic comedy Love, Wedding, Marriage, starring Mandy Moore. Her last voice role was in Smurfs: The Lost Village in 2017 as Smurf Willow.

As an A-list celebrity with an influential power in Hollywood, Roberts has always ensured that she uses her platform to support organizations and people when required. Her generous donations date back to the 9/11 attacks when she donated $1 million to a telethon for the victims and gave another $1 million to the American Red Cross Disaster Relief Fund, as stated by the NY Post. More recently, she has become the spokesperson for the non-profit GLSEN Foundation, which raises awareness regarding sexual orientation.

Julia Roberts also spends millions on adding expensive cars to her collection and traveling in private aviation. Throughout her career, Roberts’ movies have grossed over $2.2 billion worldwide, and she continues to be one of Hollywood’s most successful leading ladies. She was last seen starring in the romantic comedy Ticket to Paradise opposite George Clooney in September 2022.

READ NEXT: A Look At How Jack Harlow Spends His $5 Million Fortune