A rough start! Fernanda found a dirty piece of Jon‘s past on her first day in America during the Sunday, October 21, season premiere of 90 Day Fiancé. She is definitely the jealous type, and let it show almost immediately when she entered her new home. Meet the couples and find out what you might have missed during the episode below! 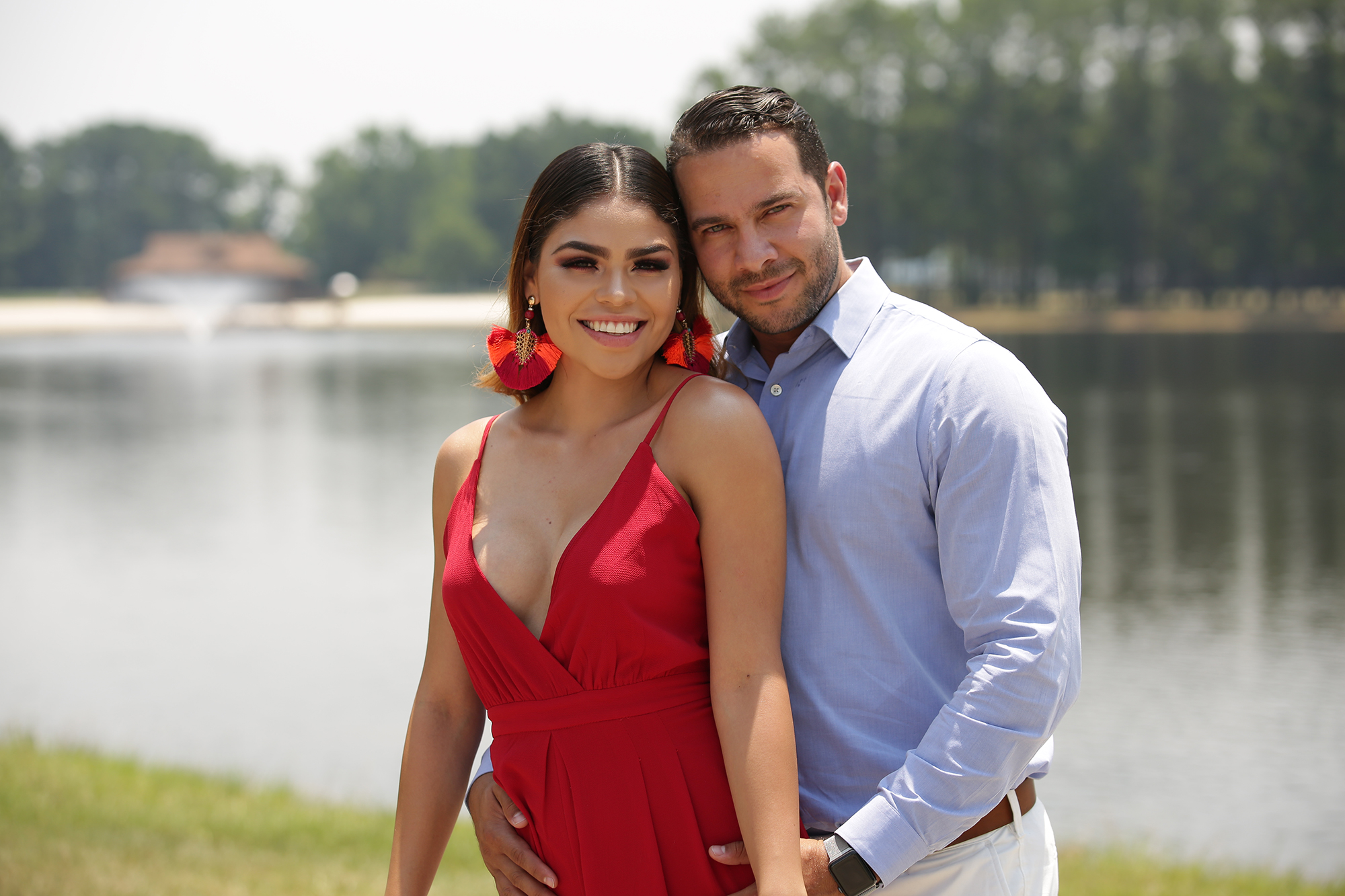 Jon was extremely excited for his 19-year-old fiancée, Fernanda, to leave Mexico and move in with him. He loved her so much, he did everything for her — bought her an apartment, a car and even a boob job. When she finally did make it to America, all she wanted to do was go home and sleep with her husband.

“I want to start my life with you,” she said in the airport.

However, upon arrival, she immediately opened a drawer and found a pair of women’s underwear that belonged to Jon’s ex. She was, understandably, furious.

“I want to trust him. I want to believe him, but you never know,” she said. “It’s my first day here.”

He begged for her forgiveness, but she wasn’t eager to give it to him. This was a rocky start for the couple!

Ashley Was Fine With Jay Cheating on Her

Ashley knew that her fiancé Jay was a flirt. He is very popular with women in Jamaica but was going to leave it behind to move to the U.S. and be with her. She even admitted that when they were long-distance, she didn’t mind if he cheated on her.

“Maybe I don’t care what Jay does when I’m not over there,” Ashley said. “What he does in Jamaica when I’m not there is none of my business.”

However, she did admit she was hoping he would turn over a new leaf when he moved to the U.S.

“I’m hoping that he changed his ways,” Ashley said, adding that she hopes this engagement, which is her first, actually works out.

Larissa Was Furious at Colt

Larissa was more than anxious to move to the U.S. from Brazil and be with her fiancé, Colt, who lives at home with his mother and his cats. However, due to some problems with her visa, she had to miss her first flight. She expected Colt to immediately book the next one, whether or not she had her visa in hand yet. Colt didn’t want to waste money and was trying to be rational about the decision, but she assumed that because he lives in the U.S., he is rich.

“Baby, you are American so you can do it,” she said. “My point of view is that if you love someone, you have to do everything to be close to them.”

This argument made Colt worried that he wouldn’t be enough for his future wife.

“She’s in for an extremely rude awakening,” he said.

Kalani and her fiancé, Asuelu, who is Samoan, were sort of doomed from the get-go. Her father didn’t want her to marry a Samoan like himself, but when she went to his homeland for a vacation, she met Asuelu. She ended up losing her virginity to him, which led to her having a 5-month-old son.

“My family was not supportive of me being with Asuelu,” she said. “They thought he was just taking advantage of me.”

She ended up getting in arguments with both her dad and sister just days before her fiancé’s arrival, which had her feeling stressed out.

“Asuelu is basically the opposite of what my dad wanted for me,” Kalani said.

Eric is a veteran and loves America, so it only made sense that when he met his fiancée Lida online, she would move in with him in the U.S. The only problem is that Lida’s life in Indonesia was lavish — she had maids, drivers, chefs and a huge home.

“I’m going to miss how my family spoils me,” Lida said.

Eric shares a home with his 19-year-old daughter, who he split bills and the rent with. He asked her to move out to make room for Lida and her 5-year-old son, which caused problems. However, it was his only option as he lives in a small place.

“I just hope that the life I have is enough for her,” he said. “I’m torn here. I love my kids but I can’t disappoint my fiancée.”