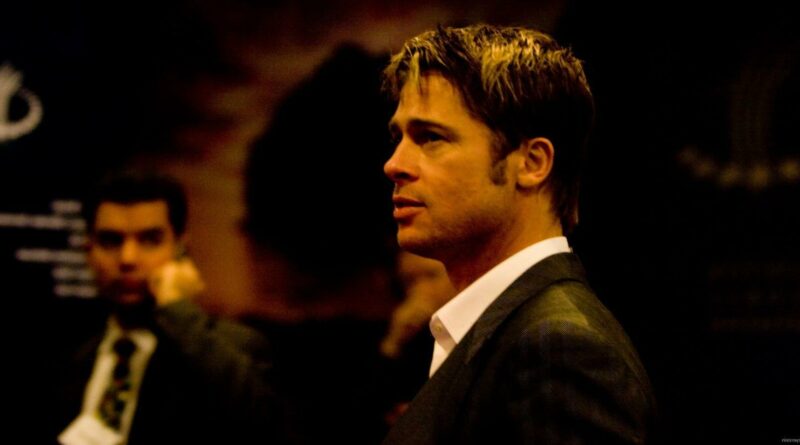 Brad Pitt is a famous sweetheart who has been referred to as everything from one of the world’s top stars to “People Magazine’s Sexiest Man.” He has starred in a vast number of movies that have made him a Hollywood icon, and he has received numerous honors, including Oscars, Golden Globes, and Screen Actors Guild Awards.

Brad Pitt is famous for his award-winning acting, personal relationships, and enthusiasm for architecture. In fact, the actor’s enormous real estate portfolio reflects his purported passion for design. He has acquired mansions in Los Angeles, the south of France, and New Orleans over the years, many of which he still owns. Let’s take a look inside Brad Pitt’s $100 million real estate portfolio.

Pitt just spent a ton of money to relocate to the west coast. According to the Wall Street Journal, his $40 million off-market purchase on this prized stretch of California beachfront is one of the most expensive deals in the area’s history. It was constructed in 1918 and is known as the D.L. James House, after the owner who commissioned it. The Carmel Highlands neighborhood overlooks the water from a bluff. The residence, which was designed by the famed architecture team Greene and Greene, is made of locally quarried granite and sandstone and looks to be carved into the rock. It has a Mediterranean-style roof and windows with arches.

In 2008 and 2009, he spent $1.28 million and $1.1 million on two adjoining two-bedroom residences, completing his compound. The estate, which cost Brad Pitt a total of about $5 million, now encompasses roughly 2 acres and at least four structures. It supposedly comprises a Craftsman-style main residence, a swimming pool, a tennis court, and a skate park.

Pitt married Jennifer Aniston approximately 22 years ago, and the couple purchased a getaway in Santa Barbara County. According to Architectural Digest, he paid $4 million for the 11.5-acre oceanfront mansion just outside Santa Barbara. According to reports, he continued to reside there during his marriage to Angelina Jolie.

Additionally, the home collector owns a French Château. The 1,200-acre estate, known as Miraval, was acquired by Pitt in 2008 for an astounding $60 million, according to some reports. In fact, his wedding to Angelina Jolie took place in the opulent property in 2014. After the couple’s 2019 separation, the villa has been a focal point of legal disputes.

There are reportedly many villas, a recording studio, a chapel, indoor and outdoor pools, a fitness center and spa, and a theater. There is a dirt bike course and a video gaming room for children. According to Dirt, the property features olive groves, organic wineries, a private pond, and helipads. The majority of the produced wines are rosé.

Pitt purchased a mansion in the French Quarter of New Orleans for $3.5 million in 2006, following Hurricane Katrina. He and Angelina Jolie acquired the roughly 1850 property about the time he established a foundation to construct homes in the ravaged Ninth Ward of New Orleans. Despite encountering criticism, the charity apparently constructed over 150 dwellings, including this little home. In 2016, Pitt sold the six-bedroom residence for $4.9 million.

In 2005, the “Ocean’s Eleven” star could not resist purchasing a mid-century contemporary Malibu seaside mansion. The five-bedroom holiday home that he restored also features fireplaces, a tennis court, and beach access. In 2011, the refurbished mansion was sold for $12 million to home flipper Ellen DeGeneres.

Aniston and Pitt purchased a $12.5 million Beverly Hills property during their marriage. The residence was created by architect Wallace Neff and constructed in 1934 for “Dr. Jekyll and Mr. Hyde” actor and Oscar winner Fredric March. Jennifer Aniston and Pitt undertook a significant renovation.

According to the Wall Street Journal, upgrades featured marble flooring in the kitchen, a screening room, and a bar room with wood floors imported from a 200-year-old French chateau. In 2006, following their separation, they sold the 12,000-square-foot Normandy-style estate. Years later, the opulent property was relisted for as much as $56 million. In 2020, the previous residence of the couple sold for $32.5 million.

1 Lake Of The Ozarks House

You undoubtedly believe that Brad Pitt could not possibly own any further luxury residences at this point…or could he? Pitt, who spent most of his young adulthood in Missouri, has long been said to have constructed a massive home in the Ozarks, but it is unknown whether or not this is true. The vast estate, also known as “Pensmore,” began construction in 2011 and is regarded as one of the country’s largest residential properties. The opulent mansion has a staggering 72,000 square feet of living area, 13 bedrooms, 14 bathrooms, and an abundance of facilities.