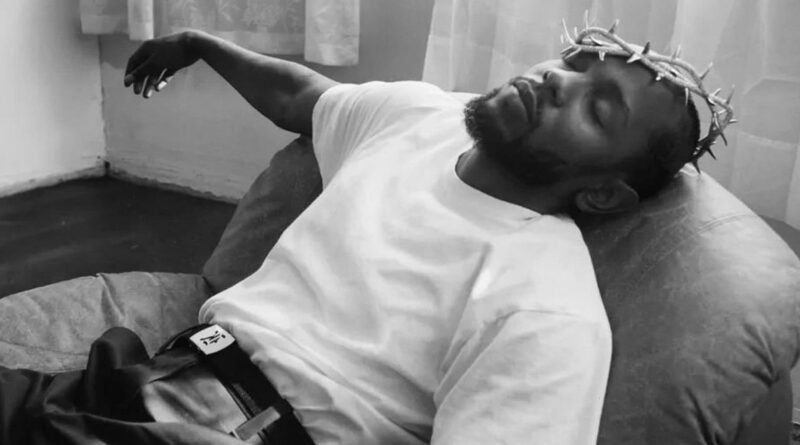 Jewelry is a great way to express creativity and let individualism shine through. And this is nothing new for Kendrick Lamar. His distinctive and one-of-a-kind jewelry collection tells the whole story of his character. He is a big fan of clean, sculptural forms and has a large collection of jewelry and timepieces to show for his dedication. Here, we’ll go over the various pieces of jewelry he has possessed, the designers who made them, and the meanings they convey.

Brooklyn jeweler Martine Ali decorated the rapper with sleek, industrial-influenced silver jewelry for his 2017 DAMN tour. He is also responsible for the most notable items in his collection.

When she started working with Kendrick Lamar, she focused on creating wearable jewelry that the wearer could customize by attaching and detaching chains and links to create different lengths and widths. A heavy metal choker and chain bracelets were part of Ali’s “jewelry wardrobe” for rapper Kendrick’s album Damn. The aesthetic worked well for the musician, who Ali described as “not fussy.”

RELATED: Here’s How Kendrick Lamar Made His $75 Million Fortune

Lamar has also done business with Tarin Thomas, who is considered to be one of his go-to jewelers. Among Kendrick Lamar’s possessions from his collaboration with the company is a flat, barrel-face seal ring known as the Archie ring. It was featured in the rapper’s music videos for the songs Humble and DNA.

Stackable rings that are adjustable and made from earth stones and metal combinations are one of the hallmarks of the New York-based label Tarin Thomas, whose products are sold worldwide. In addition to being available in alloy and yellow brass, the unisex design has a crystal that looks like a tiger’s eye.

The American rapper’s collection also includes some fantastic pieces from Han Cholo, a jewelry label based in Los Angeles and founded in 2002 by designer Brandon Schoolhouse.

The brand draws inspiration from rock ‘n’ roll, fantasy, and fantasy art. It is a popular choice for some of the biggest names in music like Rihanna, Gwen Stefani, Snoop Dogg, Miley Cyrus, and Kendrick Lamar is no exception.

It was reported in 2014 that the rapper was sporting the brand’s Medusa ring and a heavy chrome steel Pyramid ring. The starling Medusa ring is modeled after the half-snake, a half-human monster from Greek mythology, and has the silver face of Medusa and a gold head comprised of over 20 snakes. It is available in 925 alloy and 24K gold-plated vermeil.

Kendrick Lamar is known for accessorizing his wrists with Rolex watches on multiple occasions. An old standby of his is the 18k yellow gold Rolex President Day-Date. It is a classic timepiece with a conventional style, an all-yellow gold case, and a matching champagne dial. The watch was Rolex’s flagship watch, which debuted in 1956. It was the first waterproof, self-winding chronometer to display the day of the week in 26 languages.

It became a tradition for US Presidents to don it, garnering them the title “President.” It’s the go-to watch for influential people today. Kendrick is seen wearing it in the “Poetic Justice” music video.

RELATED: Here’s How Kerry Washington Made Her $50 Million Fortune

This is the most iconic of all the jewelry Lamar has ever worn. The Grammy-award winner made headlines this year following his debut performance at the Glastonbury music festival on June 26. The rapper sported a crown of thorns created by the renowned jewelry business Tiffany & Co that featured over 8000 pave diamonds. The piece was so magnificent that the people clamored to learn everything they could about the timeless crown.

2 The Making Of The Crown

It was made in Tiffany’s workshop in New York and put together for Lamar in Northern Italy. Four people at Tiffany & Co. worked on the crown for ten months. The 16-piece crown took 1300 hours and hundreds of diamonds to put together. Nearly 8,000 pavé diamonds are set into the 137-carat titanium crown.

The name “Mr. Morale” is written on the one-of-a-kind crown, connecting Kendrick Lamar’s most recent and fifth studio album, Mr. Morale and the Big Steppers.

Following a year spent in preparation and construction, the crown was finally ready to be placed on the blue box representing the brand. Alexandre Arnault, Tiffany & Co.’s senior vice president of product and communication, told Vogue that Kendrick Lamar is an excellent example of the company’s creativity, willingness to take risks, and constant drive to improve. He noted that Kendrick was such a brilliant thinker, which made them both thrilled and proud to work with him.

1 The Significance Of The Crown

This headpiece blends art and religion. Jean Schlumberger’s 1947 Thorns brooch inspired it, with a 47-carat sapphire surrounded by thorns. The crown of thorns reference to the Bible is the crucifixion of Jesus. Lamar’s crown honors his predecessors. Free told Vogue that the crown symbolizes young hood values. Creative brilliance, humility, and endurance.

On Glastonbury’s Pyramid Stage, Lamar performed his favorite song, savior, from the album Mr Morale & The Big Steppers, giving the crown a new significance. The song celebrates imperfection with lyrics like They judge you, they judge Christ.

“Godspeed for women’s rights!” was chanted, with fake blood streaming down his head at the song’s end. This was a powerful message of support for women horrified by the reverse of abortion rights in the US.

READ NEXT: A Peek Inside Kendrick Lamar’s Stunning Car Collection