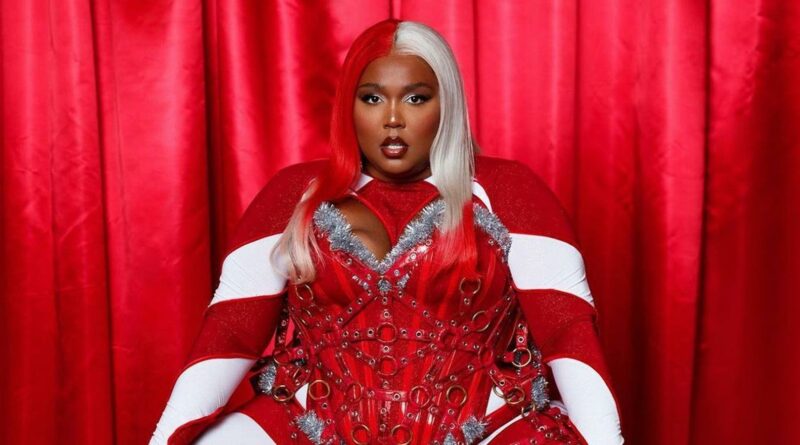 Melissa Viviane Jefferson, better known as Lizzo, began training to play the flute from a young age and shifted focus to rapping at 13. While studying classical music, she lived in her car for many months while trying to make a mark in the music industry. Along with making music for the female trio Chalice, she also worked on her solo career. Her debut album, Lizzobangers, released in 2015, earned her recognition from notable celebrities. Her follow-up album made her a commercial success and received her first Billboard Hot 100. Over the last five years, Lizzo’s career has grown exponentially, and she has also received praise for her activism to uplift people worldwide.

With many accolades and performances, the singer has made millions through brand endorsements and her music career. While Lizzo began her career when she lived in her car, the singer moved to a $15 million dream home in Beverly Hills in October 2022. The house that once belonged to her friend Harry Styles let’s take a look inside Lizzo’s $15 million residence.

A Residence Structured And Restructured

During his days with the boy band One Direction, Harry Styles purchased his first big property in America and opted for a Beverly Hills home in 2014. He split his time between London and Los Angeles and lived in the home for two years. According to LA Magazine, he sold the home for a loss in 2016 to a design and architecture team. SIMO Design, most notably known for constructing the homes of Nicole Ritchie and Jon Hamm, demolished the original residence and built a more contemporary property on the same estate. They collaborated with Fischer Constructions to create a bigger mansion than the one where Harry Styles resided.

It took three years to complete the structure, and in 2019, SIMO Design named the completed home Oak Pass. The same year, they sold the property for a whopping $11 million to Warner Records CEO Aaron Bay-Schuck, as noted by Architectural Digest. The music producer made a few tweaks and changes of his own but maintained the home’s original structure that was conceived under the leadership of SIMO Design. After living on the property for three years, he put the house on sale, and Lizzo dropped $15 million to purchase the stunning Beverly Hills home.

Located in a gated community atop the Beverly Hills mountains, Oak Pass is a stunning property. The three-bedroom, four-bathroom home spans 5,300-square-foot and resembles a treehouse structure. After crossing two layers of glass and walls, the entrance opens onto a tall foyer with a fig tree right in the middle of the home. The open space surrounding the tree creates space for sunlight to shed in the living spaces, including the formal living room and dining space. The formal living room features built-in bookshelves and a double-sided fireplace. The kitchen is Chef’s dream, with oil-rubbed walnut cabinetry and quartzite stone.

As Dirt mentioned, several glass walls lead to the breezy stairway that stops at the Primary Suite. Lizzo first shared a glimpse into her bedroom in June 2022 when she confirmed the home’s purchase with a video from her private quarters. Along with a cozy bed, the suite has a marble floor-to-ceiling slab that divides the sleeping space from the bathroom. The ensuite bathroom walk-in closet is furnished with a glass-topped island and a soaking bathtub made from concrete. Additionally, Lizzo’s bedroom has an eye-catching floating soapstone fireplace. Other recreational rooms in her house include a soundproof theater room and a family den.

Filled With Every Imaginable Luxury Amenity

As the inspiration of the home was taken from a treehouse, the property has a close relationship with nature through its décor and structure. As stated by Yahoo Movies, a 100-year-old Oak tree is located right below the guest bedrooms to offer a unique view. Outside, the home features multiple wooden decks for leisure and grassy lawns to host events. Mature trees surround the property to offer privacy, while the growing shrubberies add a pop of color to the treehouse-themed backyard. Lizzo’s abode also has outdoor seating areas that converge into indoor spaces.

All eyes are drawn to the 58-foot infinity pool, which flows under Lizzo’s master suite toward the cliff’s edge that offers a breathtaking view of the canyons seen from the hilltop. Lizzo moved into her new home in June 2022, while she previously lived in a $26 million home in Echo Park, Los Angeles, which is still under her ownership. Her flourishing real estate portfolio has grown exponentially over the last three years.

Made from glass and wood, Lizzo’s $15 million Beverly Hills mansion is a contemporary dream come true with its stunning architecture that offers a minimalist yet cozy vibe. The singer has continued to showcase various rooms of her house on social media and loves to give fans a glimpse into her masterpiece abode.