Home » Lifestyle » A Peek Inside The Gigantic Empire Of Hassanal Bolkiah, Sultan of Brunei 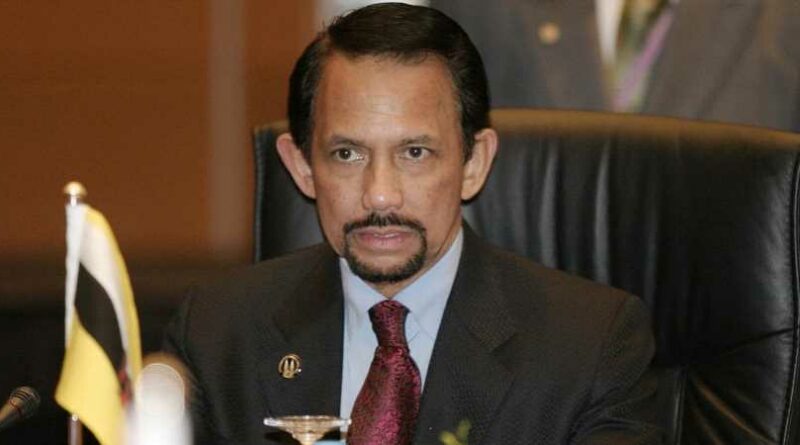 Hassanal Bolkiah ibni Omar Ali Saifuddien III, better known as Hassanal Bolkiah, has been the current Sultan of Brunei since 1967. He also became the Prime Minister of the country after the country’s independence from Britain in 1984. The Sultan graduated from the Royal Military Academy Sandhurst and has been known to have a lavish lifestyle. He was also the richest man in the world until 1980 and has continued to add billions to his empire. His primary source of earrings is the natural gas and oil reserves, a gold mine for making funds. Since his reign, the Sultan has splashed out millions to lead a luxurious life in his country.

From paying millions every year for daily necessities to amassing a car collection and real estate worth billions, Hassanal Bolkiah is a powerful man. Let’s take a look inside the gigantic empire of the Sultan of Brunei.

RELATED: The 10 Most Expensive Cars Owned By LeBron James

A palace fit for a King, Hassanal Bolkiah spared no expense when creating a palace for him to reside. He lives in the Istana Nurul Iman Palace in Brunei, set on a sprawling area of 200,000 sq. meters. Valued at $1.6 billion, it holds the record of being the largest residential palace in the world. Completed in 1984, it has 1,700 bedrooms, 257 bathrooms, 110 garages, and five swimming pools. The horses reside in air-conditioned stables to ensure they live in the best possible conditions.

No palace is complete without expensive paintings, and the Sultan is a massive collector of expensive art. Pierre-Auguste Renoir, one of the pioneers in bringing the Impressionist style to the people of France and around the world, created several masterpieces during his enthusiastic and pearl period. Bolkiah paid $70 million to own an oil painting by Renoir called Two Young Girls At The Piano, as noted by Scmp.

As a military man with strict values about his appearance, Hassanal Bolkiah ensures that his grooming never takes a back seat. Along with wearing a sharp coat for his public outings, he pays special attention to his hair. His favorite barber works at the Dorchester Hotel in Mayfair, London, and he flies the barber regularly in first-class to give him a haircut. The barber is paid $20,000 per haircut in cash for every visit.

The Sultan has spent large sums on extravagant things and on everyday activities and items. According to Business Insider, he purchased a gold and jewel embroidered rug that cost him $7 million. As a sports fan, Bolkiah never hesitates to spend millions on his favorite games. He once paid $1.5 million for a badminton coach who trained him to play. He has also paid seven-figure amounts that remain undisclosed to import American NFL Players Herschel Walker and Joe Montana to teach football to his son.

An Array Of Private Jets

It is not surprising that the powerful man owns a private jet. He travels in luxury by road and air. He has a jaw-dropping fleet of private jets customized to his needs. He owns a Boeing 767-200, Airbus A340-200, and a Boeing 747-400. The Boeing 747-400 is a gold-plated plane decked with Lalique crystal and gold. Nicknamed the Flying Palace, the plane’s value is close to $400 million.

Many A Few Lavish Parties

A king of celebrations, Sultan Bolkiah has never shied away from throwing larger-than-life parties to celebrate important moments. In 1996, he celebrated his 50th birthday in style with a party that cost him $27 million, roughly $40 million today if adjusted for inflation. The two-week celebration was held in Brunei, notable guests such as Prince Charles were invited to the party, and all the attendees were given a gold medal. As mentioned by Vanity Fair, the Sultan’s daughter Princess Fadzilah got married in a seven-day ceremony in January 2022. The wedding reportedly cost between $20 and $40 million.

There is nothing that shows extravagance than having some of the biggest artists in the world perform exclusive shows for the elite. Hassanal Bolkiah has used his wealth and power to have many artists perform private shows for him and his family. In 1996, the Sultan paid Michael Jackson $17 million to perform at his 50th Birthday celebrations. The same year, he paid acclaimed singer Whitney Houston $7 million to perform at the music ceremony of his eldest daughter Princess Rashidah’s wedding.

Hassanal Bolkiah is also the proud owner of several luxury yachts, a private zoo with 30 Bengal Tigers, and jewels worth millions. As one of the most potent monarchs globally, he has amassed a large fortune that he spends on his family and grooming himself. The Sultan was last seen throwing a lavish party for his daughter’s wedding ceremony.

READ NEXT: The 9 Most Expensive Watches In Drake’s Collection