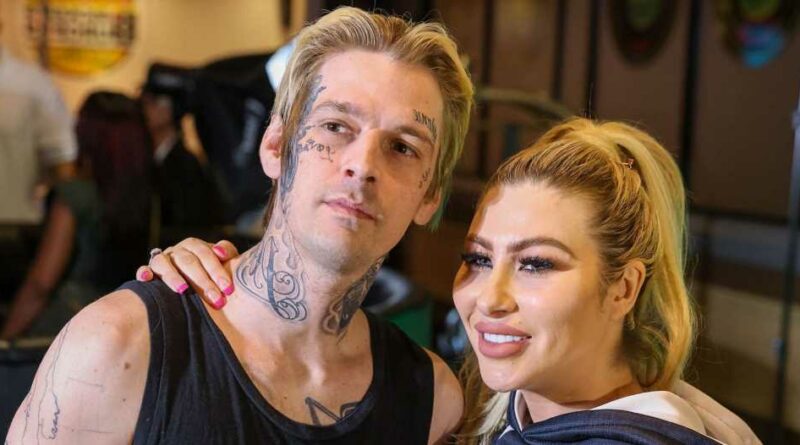 After Aaron Carter tragically died, ex-fiancée Melanie Martin has broken her silence on her loss.

“My baby,” the model, 30, captioned a Saturday, November 5, Instagram Story photo with the late rapper. “I can’t breathe.”

Less than one hour earlier, Martin uploaded a TikTok video of herself crying in her car, which was posted shortly after news of Carter’s death broke. He was 34. 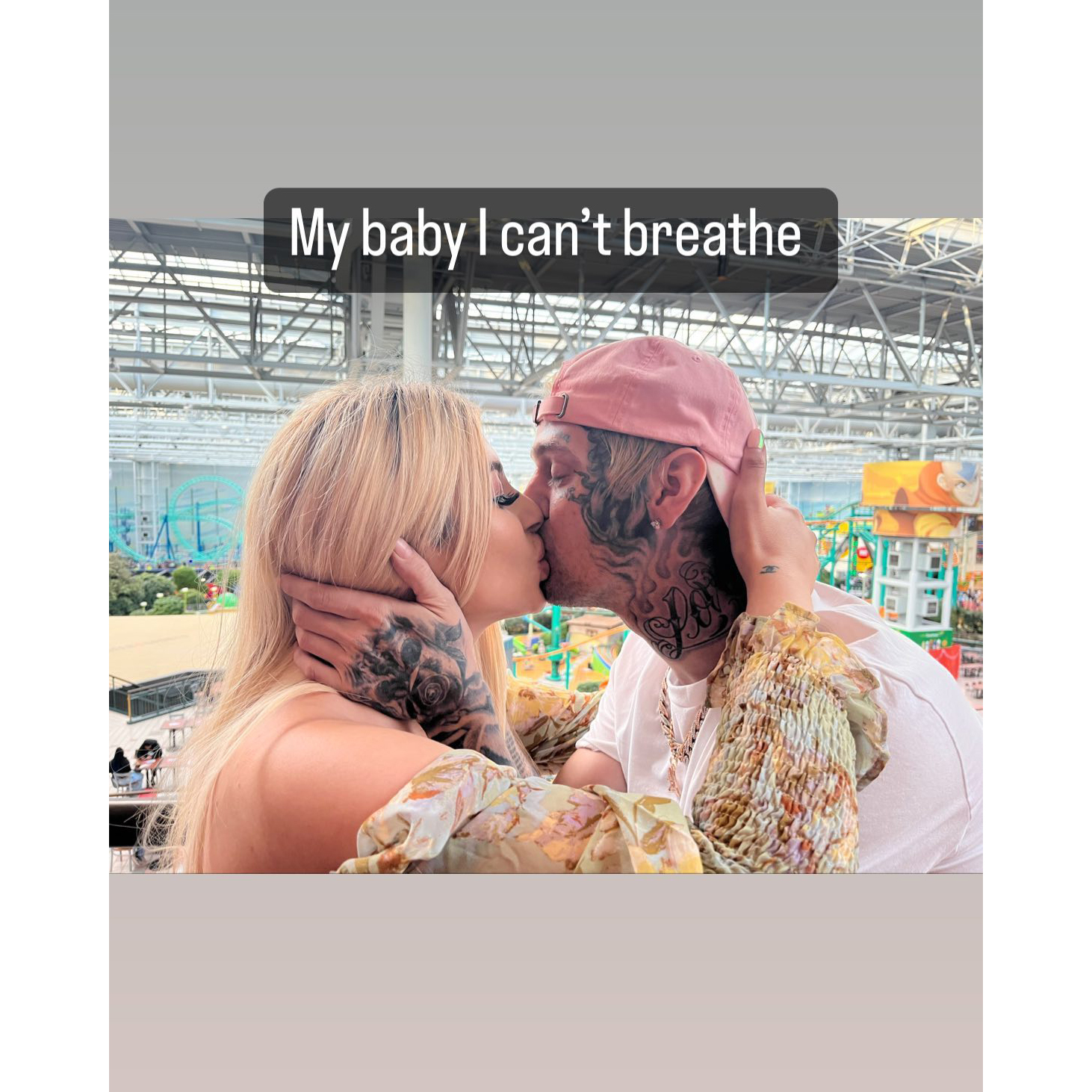 “It is with deepest regret to report Aaron Carter was found unresponsive this a.m. in his home in Palmdale, California,” the late House of Carter alum’s rep told E! News in a statement. TMZ, who was first to break the news, reported that a 911 call was made earlier on Saturday.

Carter is survived by his siblings, including older brother Nick Carter, and his 11-month-old son Prince. The “I Want Candy” crooner and Martin welcomed their first child in November 2021 amid their on-and-off relationship.

“It’s all a beautiful blessing because I’ve had a lot of relationships and I started [to] kind of [give] up on love. I was talking about having a family years ago,” Aaron gushed to Us one month after Prince’s arrival. “I [wanted] to be at home and enjoy the love of my life and my child. Now that it’s here, it’s like an epiphany. Every minute now has become so precious and every bit of time that slips by now … I’ve [really] switched my gears of thinking. I’ve given a lot of people second and third chances, as you can see with us and the stuff that we’ve gone through.” 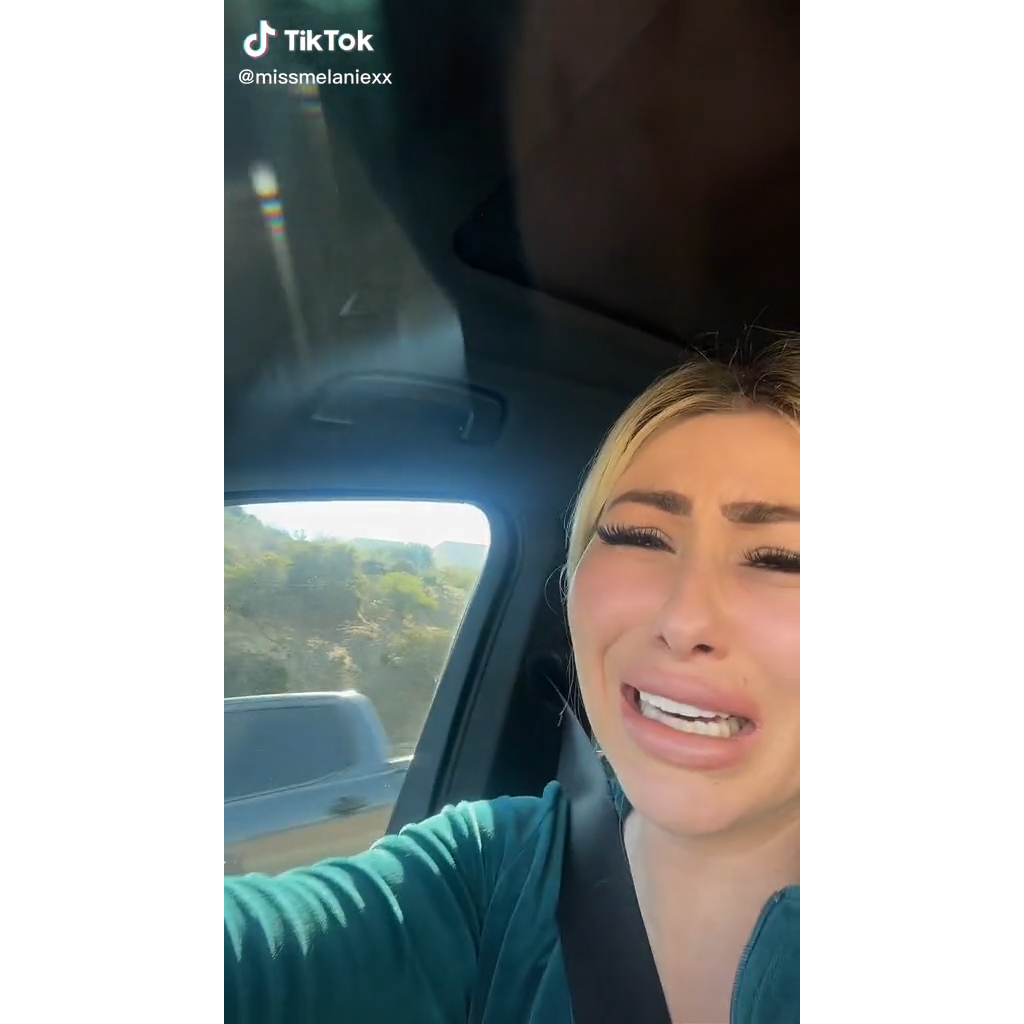 He added at the time: “The person that I am today — I want to be a better version of [the person] I was the day prior to that. So tomorrow, I want to be a better version of myself than I was the day before that. So that’s really what I’m striving for and really just peace and serenity and exercising those things more. And really holding my own self accountable for my shortcomings,” he continued. “You can use your willpower to make the difference with yourself. You gotta be able to recognize how you look, how you feel, and you gotta know that your body is a temple and you need to cherish it and take care of it.”

Revisiting Aaron Carter’s Ups and Downs Through the Years

Aaron and Martin first confirmed their relationship in January 2020, with the musician inking her name on his forehead that March. The twosome got engaged nearly three months later ahead of son Prince’s eventual arrival. As the two continued raising their little one, they ultimately split for good in February.

“My relationship has come to a point where we have to part ways. Please respect my privacy at this time. Thank you,” the “Lately” performer tweeted earlier this year. “I’m too scarred [to start dating again] and I can’t trust any woman. So I’m going to protect my soul and my heart at this time.”