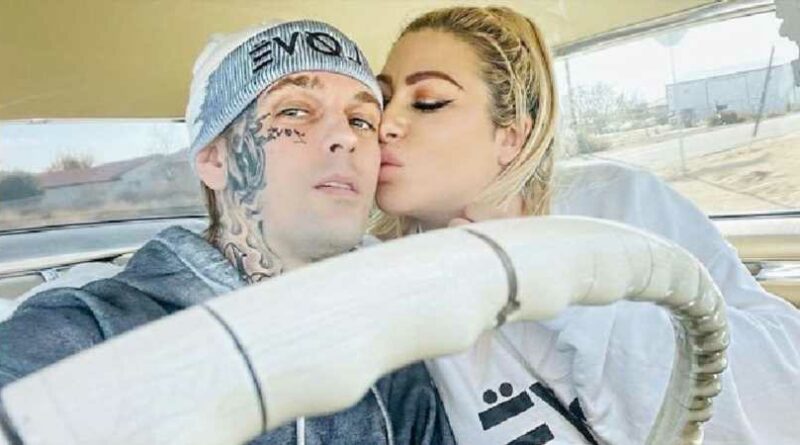 Aaron Carter was found dead on November 5, leaving his family to settle his estate. The singer left behind an 11-month-old son, whom he shared with his fiancé Melanie Martin. However, reports say that there’s conflict between Melanie and Aaron’s family over the inheritance.

Speaking to The U.S. Sun, a source says Melanie has been in touch with a lawyer about Aaron’s estate. “The family is fighting her, it’s a mess,” a source said, describing it as “real drama.”

RELATED: Elon Musk Is Already Reducing His Time At Twitter, Doesn’t Want To Be A CEO

According to TMZ, Aaron died without making a will, leaving the benefactor of his state up in the air. Sources told the publication that Aaron’s attorney advised him to write up a will after his son Prince’s birth in November 2021, but the singer hadn’t gotten to it yet.

It’s unclear who in Aaron’s family is contesting his son’s inheritance and why.

The former child star is survived by his twin sister, Angel Carter, and his older brother, Nick Carter, though he had estranged relationships with both.

Though his father passed away in 2015, Aaron is also survived by his mother, who stepped away from the public eye years ago.

However, other reports have said it’s likely that Aaron’s estate will go to his son, Prince.

In September, Aaron and Melanie lost custody of their son. The infant was reportedly placed in the care of his maternal grandmother. Aaron entered a voluntary rehab program in hopes of regaining custody, though he passed before he did.

The child is reportedly still in Melanie’s mother care as she works towards regaining custody. She referenced singled parenthood in her public response to Aaron’s death.

“My heart is completely broken over the passing of my fiancé Aaron. I knew he was struggling, and I tried everything to help him,” Melanie told PEOPLE.

She continued, “I only wish I had more people to help me with him. I will now be raising our son as a single mother and this is the worst day of my life, but I have to be strong for our son. I’m devastated.”

It’s not clear how much Aaron was worth at the time of his death, though reports estimate it could’ve been $400,000. An official cause of death hasn’t been released.