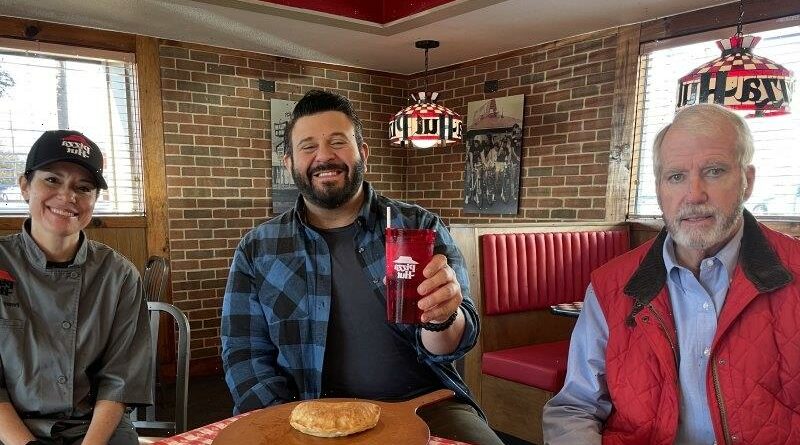 Adam Richman is a TV presenter who has hosted a variety of programs about food, travel and history. Perhaps best known for Man v. Food, his latest effort is Adam Eats the ’80s, where he explores the 1980s’ peculiar culinary delights. 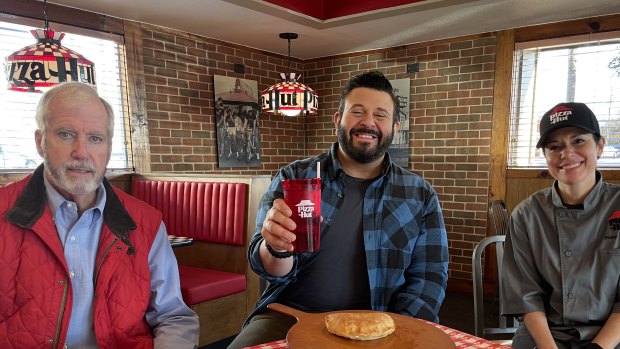 Do you need to go into training to prepare for another series based around you eating many different foods?
Well, it’s different – obviously with Man v. Food you’re asking a lot more of your body than most travels. But I think generally speaking I’ve learned the hard way that it’s about balance. It’s funny: when I really gained weight back in the day, it was never while doing the challenges. The challenges gave me profound discipline because you know exactly what you have to put in your body, and you know that you have to come in empty.

The flipside was when I began doing other shows, I would eat on camera, and then I would eat lunch with the crew and not be cognisant – essentially work calories didn’t count, you know what I mean.

So now, for example, with Adam Eats the ’80s, I knew there were two pretty big obstacles I was gonna face. Number one, a lot of it is high-fructose corn syrup, is the OG fats, real sugars, things like that. So, you need to sort of brace your body for that, you need to work out on the road, you need to eat very light on travel days. Just pummelling your body with water and the stuff your mom would be proud of you eating.

So, I guess if there’s training involved, it’s experience being a good teacher. If I don’t want to look like a bowling pin on camera, I have to be very aware of what I’m gonna eat, and focus – for the most part – my meals around it.

There must be times, particularly when you’re going back to the ’80s, when you feel genuinely scared of putting something in your mouth.
Hell yes! Especially on this show. So, I am a member of the tribe, a card-carrying Jewish person, and we filmed an episode at Rancho Obi-Wan, which has the Guinness Book of World Records’ largest Star Wars memorabilia collection in the world. And it was Yom Kippur, and I had been fasting, and the first thing that I ate was a 43-year-old Star Wars cookie. And my stomach made a noise, not unlike Chewbacca, and it was so audible that my cameraman heard it from across the room. He had to put the camera on tripod: if you watch the shot it wobbles for a second and stabilises, he was laughing too much. My mic does pick it up: it sounds like a sound effect, but it’s genuinely my stomach going, pardon my French, “What in the shit are you doing, dude?”

So, this is extreme eating?
Oh yeah. But by the same token, there is that macabre curiosity, and as a host I feel it’s my obligation to be a good cipher for anyone watching at home. This is the kind of childlike curiosity. I feel like if you were exposed to the decade, you’d be into it. “Try the New Coke, what’s it taste like?” “Does the A&W root beer go bad?” “One of the OG packages of Runts candy, do they still taste like the fruit?” That sort of weird stuff, coupled with the fact that I get to work with food scientists, real-life Willy Wonkas, who were like, “We’re gonna recreate the 1980s McDonald’s French fries, the original real-sugar Coca-Cola, from scratch, for you.”

I grew up in the ’80s, but when I think about ’80s culture I’m not usually thinking about food – here maybe it’s because I was in Australia for the decade.
I can’t speak directly to Australian culture, although I feel that in the ’80s, with the success of different musical acts, the success of different actors from Australia in American pop culture, eyes turned to Australia. The very first rock concert I got to go to on my own was Midnight Oil. I was a huge Midnight Oil fan. I could probably still sing every lyric from Diesel and Dust, Blue Sky Mining, and Earth and Sun and Moon. I remember cutting class to buy INXS tickets.

But Australian or American, your show demonstrates that there really is a distinctively ’80s food culture. Food back then really was different.
You have to understand that food culture in the 1980s was by design, and that’s what I think is the coolest part. If you didn’t live through it, you have to understand what happened. Number one, you had a generation of what are known in America as latchkey kids – kids who would let themselves in after school, make themselves meals because both parents would be working. That was anathema, to have mother and father working, in earlier generations. The other thing is that you had so many countercultural movements because of the war in Vietnam, because of civil rights unrest, because of things like gas shortages in the ’70s, that the 1980s under Ronald Reagan was meant to be this return to America as the shining city on the hill. And it flooded the economy with money.

So the change of government actually changes how, and what, people eat?
For example, Reagan switches to Reaganomics, supply-side economics: so there’s more money, more entrepreneurial ventures than ever. Plus he appoints someone as the head of the FCC who rolls back all the regulations against advertising directly to children, embedding products inside shows. So now sugar cereals can advertise directly to kids, they can make cartoon characters, merch. In America, and I’m sure around the world, you got the chicken McNugget, the Burger King chicken sandwich: that is again not an accident. What happened was beef ranchers carried so much debt into the ’80s that they sold off huge swathes of their cattle, and the price of beef became astronomical. So, a lot of fast food restaurants pivoted, so we began seeing things like the McNugget and the chicken sandwich.

Really, your show is a history lesson.
Exactly right. But imagine it being presented with really cool synth music, awesome visuals, fantastic facts that you can brag about to your friends. That’s the wildest bit about it: I was six years old in 1980, and six, seven, eight, profoundly formative years. And the first term, going from Ford to Carter to Reagan, it was completely different: shoulder pads, Dynasty hairstyles. But it’s also the era of Transformers, of the Karate Kid. I think that’s the thing: seeing what made the decade tick, and just doing it through the prism of food. Plus I’m a sucker for the stories of inspiration: the guy who created Jolt Cola, or the two guys who created Nerds. Did you guys get Nerds in Australia?

We did get Nerds in Australia. We didn’t really know what they were, but we ate them.
Hell yes. And you want to know one awesome factoid we found out on this show? This is God’s honest truth: the packaging, with those little sliding trapdoors, it was a circle in the box and you could tip it and pour the candy into your hand: that packaging was pitched to Winston Cigarettes as a means of pulling out one cigarette through that little hole. Winston turned the design down, these guys found the designer, invited him in, they saw the potential but they said kids aren’t going to want a box with just one flavour. Can you do this to hold two flavours? They gave him 30 minutes, Scotch tape and a scalpel. He came back in 30 minutes and had figured out a way to make a divider in the door, for two flavours. It’s the sickest. There are so many cool stories.