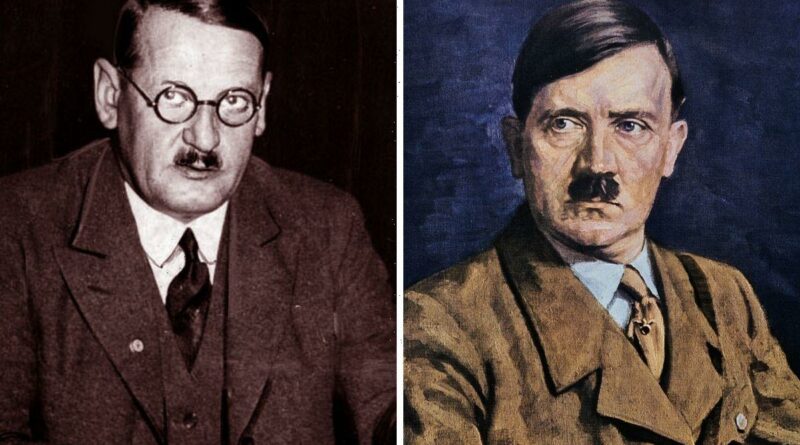 On January 5, 1919, the precursor to the Nazi Party was born. From a hotel in Munich, the German Workers’ Party (GWP) was co-founded, among those founders locksmith Anton Drexler. It said it was he who saw Adolf Hitler’s “gift”, instigating the former dictator’s venture into politics.

The GWP advocated national pride and antisemitism, and initially had only a small following of the 40 members Drexler had recruited from the Committee of Independent Workmen, set up in 1918.

He had before this been a member of the Fatherland Party, a right-wing nationalist outfit, during the First World War when he was deemed unfit to fight. Drexler identified a gap in the market for a right-wing party for the working classes and so set up the GWP.

Alan Bullock, author of the 1962 work Hitler: A Study in Tyranny, wrote of the original party: “Its total membership was little more than Drexler’s original 40, activity was limited to discussions in Munich beer-halls, and the committee of six had no clear idea of anything more ambitious.”

Hitler, having remained in the army after the war, was working as an intelligence agent under the reconnaissance commando of the Reichswehr.

Then, in September 1919, he was ordered to attend a meeting of the GWP, because the group’s name referred to “workers” which had sparked the German Army’s interest as it was keen to quash any Marxist uprisings. It was there, dressed in plain clothes, that he came across Drexler.

Initially unimpressed, Hitler soon realised that the group’s politics were similar to his own and, after getting involved in a heated discussion on Bavaria — during which he made an impassioned speech — Hitler was spotted by Drexler.

“He’s got the gift of the gab. We could use him,” Drexler reportedly said, before hurrying over to him, urging him to read a 40-page pamphlet entitled “My Political Awakening”, and encouraging him to return to another meeting.

But the future Nazi leader was indifferent to Dexler initially, deeming him “weak and uncertain”, “not fanatical enough”, or “brutal” enough to lead.

He was, however, taken with Dexler’s belief that the war had been lost because of a Jewish-Masonic conspiracy. Jews, according to Dexler, were “the plastic demon of the fall of Mankind”.

Louis Leo Snyder, writing in the Encyclopedia of the Third Reich, argued that Hitler was “impressed with Drexler’s ideas”. He wrote: “[Hitler] agreed wholeheartedly with the concept that there existed a diabolical Jewish-capitalistic-Masonic conspiracy which had to be counteracted. He believed that Drexler was right: on the one side there were the innocent German worker, farmer, and soldier; on the other, there was the common enemy… the capitalistic Jews. From this germ came the essence of Hitler’s Nazism.”

Then, days later, Hitler was invited to join the party and thought it over before finally deciding to do so. But when he did, he said it was the most “decisive resolve” of his life, writing in Mein Kampf that “from here, there was and could be no turning back.”

Although he had encouraged Hitler to join, Dexler was not altogether fond of Hitler, dismissing him as the “number seven of the party” and describing him as an “absurd little man”.

Yet Hitler’s speaking ability saw him propelled into becoming an active and popular member.

DON’T MISS:
Three female guards from same prison locked up for inmates affairs [INSIGHT]
Baba Vanga who predicted Brexit and 9/11 makes 2023 predictions [ANALYSIS]
Man had sex with his own daughter who grew up believing he was dead [REPORT]

He gave speeches on nationalism, Marxists, the Aryan “master race”, and Antisemitism, one of which was entitled “why are we antisemites” which was delivered to 2,000 people and was interrupted 58 times by cheerings.

By July 1921, he became the leader of the party which then changed its name to the National Social German Workers Party, or, more commonly known, the Nazi Party.

Dexler was relegated to the honorary chairman, a role which had no authority, and after the failed Beer Hall Putsch of 1923, he left the party until 1933.

From then on, Drexler disappeared into obscurity and although he was awarded the Blood Order badge, the highest honour in the Party, it is thought this was done merely for propaganda.

Before the end of World War Two, Dexler died after a long illness due to alcoholism.