Australia's largest energy generator, AGL, has announced the first concrete steps in shutting down its Liddell coal-fired power station in the NSW Hunter Valley, pre-empting the findings of a government taskforce examining options including extending the plant’s operating life.

Planning documents lodged last week with the NSW government reveal AGL is planning to "decouple" Liddell from another coal station at Bayswater. It will remove transmission lines between the two so Bayswater can function as a standalone plant. 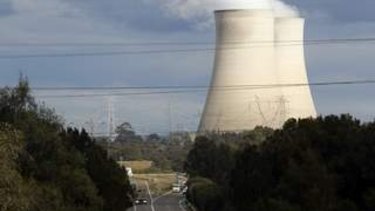 In 2015, AGL announced plans to shut Liddell which together with Bayswater supplies 35 per cent of NSW’s energy demand. It originally intended to shut the plant in 2022, but extended its operation until 2023 after pressure from the federal government.

The Morrison government commissioned a taskforce, including NSW government representatives, which is considering options including how to extend Liddell’s operating life or replace it with "like-for-like" capacity.

When the taskforce was formed in August 2019, Energy and Emissions Reduction Minister Angus Taylor said it would report by the end of the year, but the report has not yet been released.

A spokesman for Mr Taylor said the Morrison government was committed to delivering reliable and affordable power and it would release the report "in due course".

"The taskforce has taken the time it needed to carefully complete its commercially sensitive work in consultation with all the relevant parties," the spokesman said.

AGL has said once Liddell is shut in 2023, it will operate Bayswater until 2035 and Loy Yang A in Victoria’s Latrobe Valley until 2048.

AGL chief operating officer Markus Broghof said the company was engaged in the early planning stages to "ensure the efficient operation of the Bayswater power station after the scheduled closure of Liddell".

AGL lodged plans last week to build 500 megawatts of batteries storage at Liddell and it has plans double that volume across the country.

Grattan Institute energy program director Tony Wood said planning to separate Liddell from Bayswater "would be logical" for AGL and "planning to do so is perfectly consistent with AGL’s intention of closing Liddell".

Australian National University's Centre for Climate and Energy Policy director Frank Jotzo said: "AGL have never wavered in their plans to close down Liddell, but they were under immense pressure from the government to do so."

The Australian Energy Market Operator has found that planned new generation projects would make up the shortfall created by the Liddell’s closure.

"We are seeing continuous large-scale addition of renewable energy to the grid and increasingly storage with large battery projects in the pipelines, and there is also gas generation capacity available," Mr Jotzo said.

On Thursday, the National Farmers Federation announced a new policy with the agriculture sector backing a target to achieve net zero greenhouse gas emissions by 2050, which drew an angry rebuke from the Nationals party leadership.

Deputy Prime Minister Michael McCormack, when asked if the policy showed the Nationals were out of touch with regional voters, said the party would continue to "fight for the issues important to them — including our policies to push down power prices".

"Regional Australians voted to send Nationals' MP back to Canberra in every single seat we held before that poll,” Mr McCormack told Australian Community Media.

Nationals MP for Maranoa and Agriculture Minister David Littleproud criticised NFF for "blindly setting a course" for net zero without a strategy, which he said risked "serious implications not just on farmers but the entire nation".