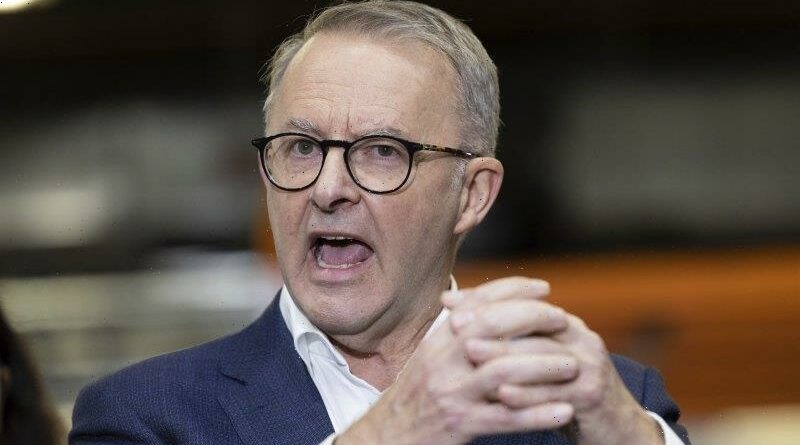 Labor leader Anthony Albanese has sparked a political storm by backing an increase in the minimum wage of at least 5.1 per cent despite warnings from employers that the higher costs would destroy jobs, widening an election row over plans for the economy.

Business groups rejected his call to lift the minimum wage so it could keep up with inflation and argued it would drive small employers to the wall because they could not afford the higher pay rates. 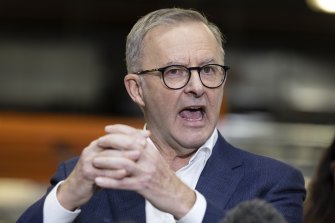 Opposition Leader Anthony Albanese backed an increase in the minimum wage to keep up with inflation.Credit:Alex Ellinghausen

Prime Minister Scott Morrison declared his opponent was “running off at the mouth” and was unready to manage the economy after taking a new position on wages without releasing a formal policy to show whether business could sustain the increase.

The ACTU welcomed the support from Albanese, however, and some economists said many employers could afford the higher minimum wage because the base rate did not apply to all workers, millions of whom are already paid more.

The Fair Work Commission is taking submissions on the minimum wage ahead of a decision expected in June, and its outcome will determine rates affecting about two million Australians who are paid the current $20.33 minimum wage or whose incomes are linked by a higher industry award.

The formal Labor submission, should the party win government, is expected to make the case for an increase without a specific target being put to the independent umpire.

Albanese has called for higher wages throughout the campaign, but he backed a specific target when asked by reporters on Tuesday whether the increase should be at least as much as the 5.1 per cent annual inflation rate revealed last month.

Asked if he would support a wage hike of 5.1 per cent to keep up with inflation, Albanese replied: “Absolutely.”

The Labor leader said he was not endorsing the formal ACTU wage claim before the Fair Work Commission, saying the peak union group made its claim separately, but he said “people should not go backwards” when living costs were on the rise.

Morrison seized on the call to intensify his argument that a change in government would not be the “safe change” promised by Albanese but would instead bring risks like the defeat of the Coalition in 2007 and the election of the Labor government under Kevin Rudd.

“When governments change things can change and they can change for the worse,” Morrison told Liberal supporters in the Sydney suburb of East Ryde on Tuesday, where he was campaigning in the marginal seat of Bennelong.

“Labor talks about making things better but if you cannot manage money, if you make things up as you go along, as we heard [Albanese] doing today, making things up on the run about what he thinks wages should be, without talking to people, without actually thinking through the consequences of the things he is talking about, running off at the mouth about important issues, like our national economy and national security … these types of things need careful, experienced, disciplined people who know how to manage an economy and a security environment that is under incredible threat.”

Finance Minister Simon Birmingham accused Anthony Albanese of “policy on the run” and Employment Minister Stuart Robert also attacked the wage boost, amplifying the Coalition attempt to turn the dispute over wages into an argument over who was best to manage the economy.

Australian Chamber of Commerce and Industry chief executive Andrew McKellar said employers supported “reasonable” wage boosts this year but said jobs and businesses would be lost if the increases went too far.

“Imposing unaffordable wages increases on small business will cruel jobs, not create them. Any increase of five per cent or more would inflict further pain on small business, and the millions of jobs they sustain and create. Small business cannot afford it,” he said.

The peak industry chamber is calling for a 3 per cent wage increase and McKellar called the 5.1 per cent goal “excessive” in the current environment.

“The issue here is, as we push up costs, we run the risk of feeding back into inflation and, at the moment, businesses facing very significant increases in costs,” McKellar said.

“If we keep chasing higher inflation numbers, and saying, we’ve got to push wages up to match that, we’ll be chasing our tails in the end, and that will just end up reinforcing and feeding back into a situation where the Reserve Bank is forced to tighten again, and again, and again.”

The Australian Industry Group has called for a 2.5 per cent increase in the national minimum wage, up half a percentage point from its Fair Work submission earlier this year.

“An excessive minimum wage increase would fuel inflation and lead to higher interest rates on mortgages, personal loans and credit cards than would otherwise be the case,” said Ai Group chief Innes Willox.

But Impact Economics lead economist Angela Jackson said an increase of only 2 to 3 per cent would lead to a real wages cut for low-income earners and would weaken consumer sentiment and spending across the economy.

“You do want real wages growing at a healthy rate to keep consumers happy and spending,” she said.

“Would 5.1 per cent be irresponsible? It would imply inflation going to 4 per cent; it’s a difficult balancing act.”

Jackson said maintaining real wages in the next financial year with a 4.3 per cent wage increase would be broadly consistent with the upper end of the Reserve Bank’s target range of 3 per cent, plus an increase in productivity.

Judo Bank economic advisor Warren Hogan backed the case for a 5.1 per cent increase but said it might lead the Reserve Bank to have to lift interest rates a further 1 per cent to keep inflation down.

“We’ve got to ensure we don’t end up with a society of the working poor because the social strains from that will be tremendous.”

Hogan, previously the chief economist at ANZ Group, said costs were rising across the board for employers and trying to suppress real wages to save some businesses was a “bad trade-off” when they might fail anyway.

Labor will make a submission to the Fair Work Commission should it win government, with the underpinning argument expected to be that the wages of low-paid workers should not be going backwards.

“You can drive productivity if you can make the economy more productive, and do more with less, then that is the way in which you can raise wages … without having inflation take off,” Clare told a press conference on Tuesday morning.

McKellar said productivity was the “circuit breaker” and noted Albanese had presented a detailed agenda to ACCI during his speech to the group last week, with the Labor leader naming universal childcare as the legacy he wanted to leave if he became prime minister.

McKellar said both parties tried to address stronger investment in skills and workplace participation but he wanted to see both parties commit to boosting migration because it was a pillar to sustainable productivity and wage growth.

Australian Council of Trade Unions secretary Sally McManus said Australians needed a prime minister who would do what they can to generate wage growth.

“On one hand we have a prime minister who doesn’t think that low wage growth is an issue and doesn’t think it’s his job to fix it. On the other, we have a party and a leader who know that working people need pay rises and are willing to do the hard work to generate the wage growth that we need,” McManus said.

“That is a night and day difference for working people who cannot afford another three years of a government that is missing in action on wage growth.”