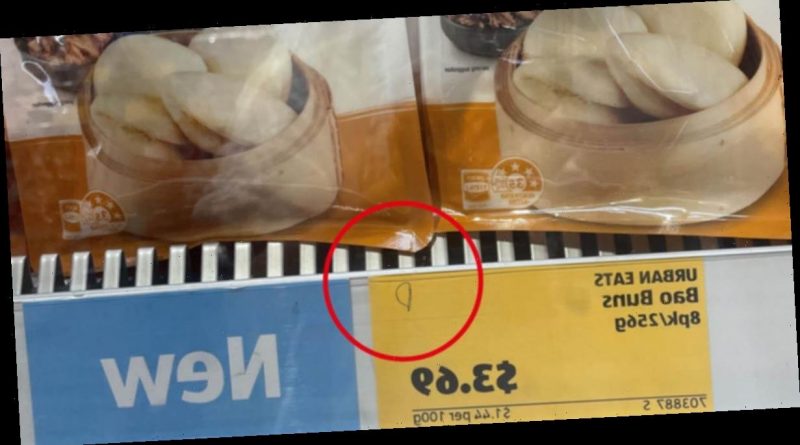 An Aldi worker claims there is a secret symbol on the sales tickets of some popular buys at the supermarket which shoppers probably had no idea existed.

The team member revealed that there is a little-known code which is placed on items that have been discontinued.

Revealing all, the female store employee said products that will no longer be stocked have a small handwritten “D” on the shelf ticket.

She spilled the beans on the symbol on popular Facebook page Aldi Mums.

The revelation came as she was discussing Aldi's limited edition Bao Buns, which have gained a cult following.

The Aldi worker wrote: "For all you Bao Bun lovers out there, it might be time to stock up.

"My first thought when putting the (little) 'D' on the ticket 'Ohhhh the Aldi Mums are going to be disappointed.'"

A photo taken by 7NEWS.com.au shows that the Bao Buns sales ticket does has a small handwritten “D” on the ticket.

Many were disappointed to find that the favourite buy had been discontinued, though.

One wrote: "I'm going to buy like five packets and not even be sorry about it."

As another added: "Now this will be a justified pandemonium with scenes similar to the great toilet paper shop off in 2020."

A third chimed in: "I have no room in my freezer!"

While the "d" for discontinued marking was present in a supermarket in Australia, it's not known if this system is used in the UK.