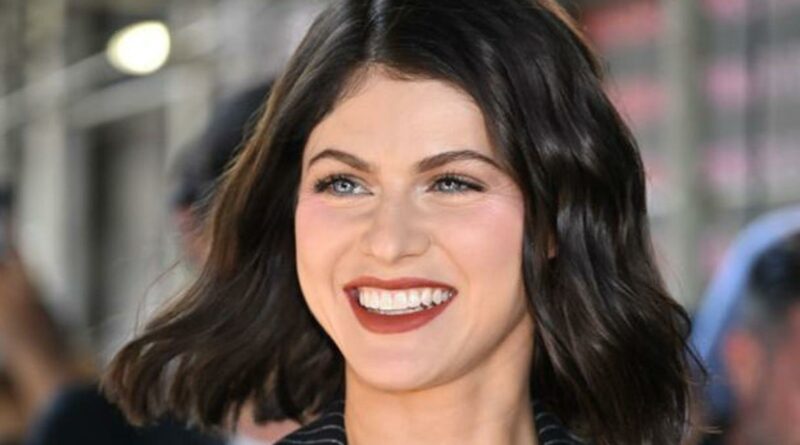 American actress and had her breakthrough portraying Annabeth Chase in the Percy Jackson film series, Alexandra Daddario already owns an elegant Hancock Park mansion, but the Porsche ambassador and “The White Lotus” breakout star has decided to take on another real estate project. Records reveal Daddario and new husband Andrew Form have bought a midcentury modern fixer in the leafy hills of Brentwood, on the Westside of Los Angeles.

Originally built in the 1950s by noted modernist architect Allen Siple, the post-and-beam structure lies on a quiet street high in the hills, hidden down a long driveway shared with one other home. The property debuted on the market earlier this year to some fanfare, asking just under $8.7 million. Still, Daddario and Form, a film producer (“Teenage Mutant Ninja Turtles,” “Friday the 13th”), were able to snag the place at a heavily discounted $7.6 million.

At some point in the ’90s, the house was remodeled and expanded via a two-story addition. As such, the current spaces are an unusual mix of eras and dated design trends; the skylit kitchen has granite countertops and burnt yellow cabinets, wall-to-wall carpeting anchors both the master bedroom and bathroom, there are red Japanese-style front doors, and the great room offers a timber ceiling with an original brick and stone fireplace, according to Dirt. Altogether, the rambling structure has three bedrooms and four baths in nearly 5,000 square feet of living space, plus a detached three-car garage — all of it hugged tightly by overgrown gardens, a lagoon-style swimming pool adjoining a thatched-roof cabana, and a canopy of mature eucalyptus trees. Walls of glass offer picturesque canyon views, and on a clear day the Pacific Ocean is visible. It’s not yet clear what Daddario and Form plan to do with their new Brentwood outpost, but we think the right architect and design team could give the premises a comprehensive renovation that would make it one of the brightest jewels in these hills. And in addition to this project and her Hancock Park current residence, Daddario recently sold a New York City apartment and a modest bungalow deep in L.A.’s Beachwood Canyon.

READ NEXT: Malcolm X Assassination Lawsuit Has Been Announced To Be Wrongful Convictions And Will Receive A $36 Million Settlement