‘It was an honour to be his mum’: Disabled artist Alison Lapper whose teenage son died from an accidental overdose reveals she feels ‘cheated’ as she faces her first Christmas without him

Artist Alison Lapper has opened up about facing her first Christmas after her son’s death, and admitted she can’t look at cards without bursting into tears.

Parys Lapper, 19, was found dead from a suspected drug overdose at a hotel in Worthing in August after battling with his mental health.

Alison, 54, from Brighton, who is best known for posing for a white marble sculpture while heavily pregnant with her unborn son, said she continues to have ‘good days and bad days.’

She told BBC’s Woman’s Hour: ‘It helps to remember him publicly. I don’t want to pretend he wasn’t here, I feel very cheated. It was an honour to be his mum.

‘Seeing Christmas cards for sons, I just start to cry. All those little things, I’m finding it really hard to go past them at the moment.’ Artist Alison Lapper, 54, from Brighton, opened up about her first Christmas without her son Parys, who died in the summer from a suspected drug overdose (pictured together in 2005)

Nearly two decades ago, Alison, who was born with no arms and shortened legs due to a congenital disorder, agreed to pose heavily pregnant with her unborn son Parys.

The white marble sculpture spent two years on the fourth plinth in Trafalgar Sqaure and was unveiled on September 15 2005 at a public ceremony attended by the artist Marc Quinn and Alison.

She has now opened up about losing her son Parys in the summer, whose death was believed to have been an accidental overdose from his drug addiction, coupled with heavy medication from ongoing depression.

She said she was still struggling to come to terms with what had happened, saying: ‘It comes over in waves really. Sometimes it feels like it hasn’t happened and I’m gonna see him.’ 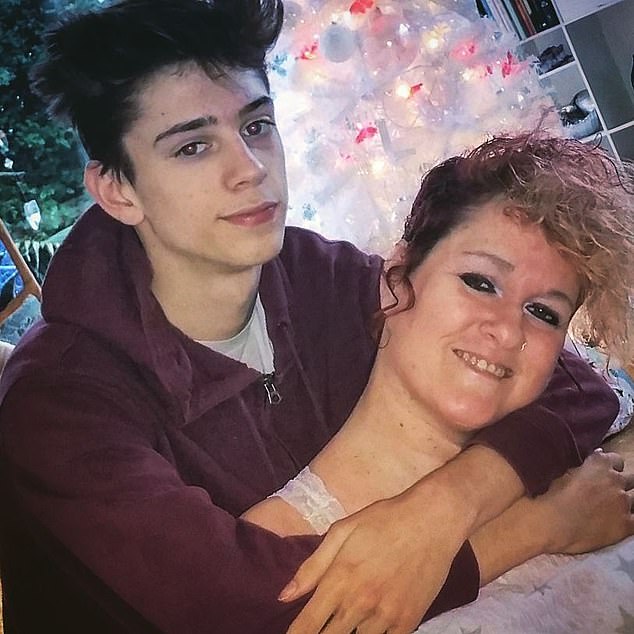 The artist revealed she is barely able to look at Christmas cards without welling up (pictured, with Parys before his death)

Alison recently told The Telegraph that her son began smoking cannabis at 11, but admitted she didn’t realise how troubled her son was.

She said: ‘I had never had a child with these issues before, so it was new to everybody.

‘I do feel we were judged and constantly watched by everybody, not ever far from the limelight, he would be like: “Why are people staring?” and I would say, “Because you’re beautiful”, and then I would think, “No I have to tell you the truth here”…I would say, “Well Mummy is different.”‘

She went on to say the dynamic between the mother and son was always ‘very different’. 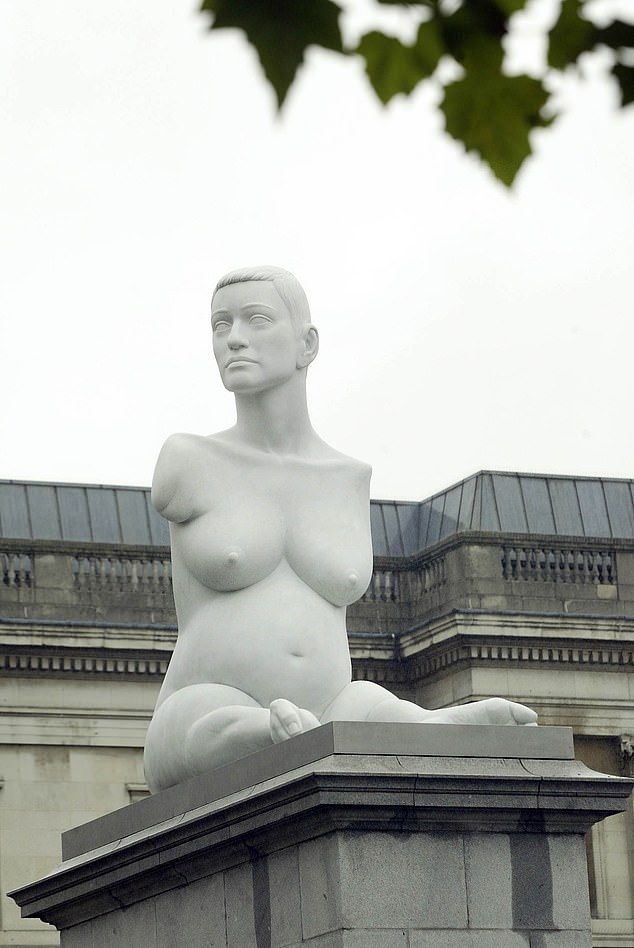 Alison, who was born with no arms and shortened legs due to a congenital disorder,  may be best known for posing for a statue while heavily pregnant with her son

Alison explained her son was bullied throughout school, with people taunting him if she went to pick him up.

She said: ‘If I went into the school, the next day, Parys would have the mickey taken out of him. But obviously I had no idea what he was going through at school.’

By the age of 14 Alison said ‘dodgy’ people were knocking at the door and Parys began asking her for money to avoid being ‘beat up’.

She revealed: ‘He started taking drugs when he was very young – I didn’t know untill he was about 14-years-old. But 14 up to 17, it was very much controlled. ‘Although he was having mental health problems and he wasn’t going to school, he wasn’t as desperate as he got.

‘His behavior deteriorated and he became a mess. It was hard to manage him.’

At 16 Parys’s drug use became more serious and he was moved to a special unit of the school.

He was sectioned and moved accommodation frequently including a unit for anorexics and a hostel for asylum seekers. 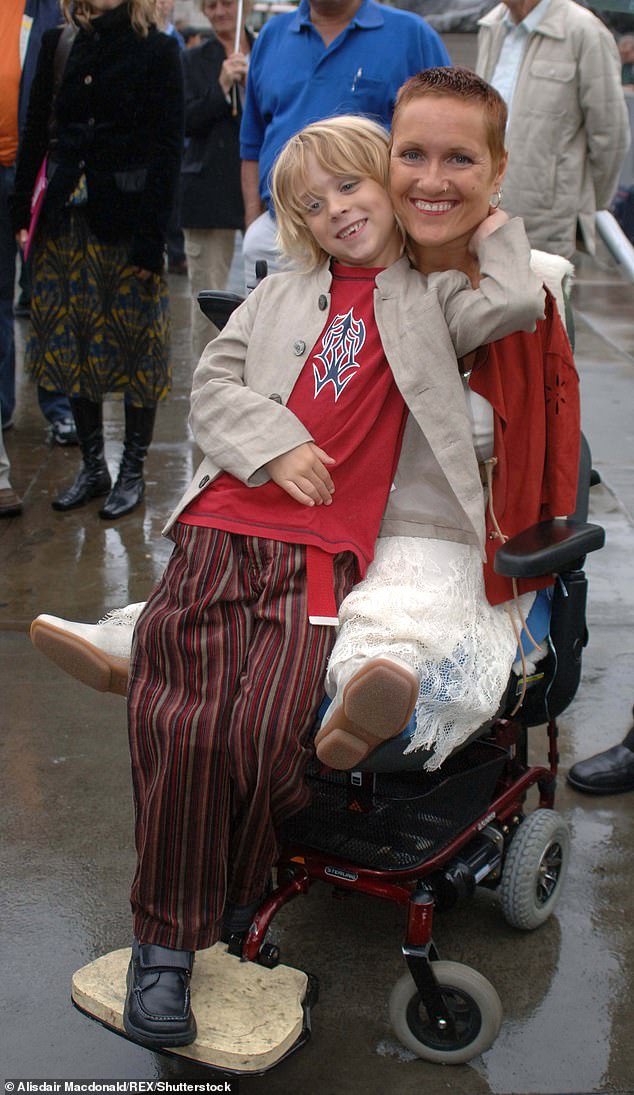 Alison said she ‘felt cheated’ by her son’s death, and said it had been ‘an honour’ to be his mother (pictured together in 2005)

After leaving school with no qualifications he became prone to violence and at the same time Miss Lapper was fully dependent on live-in support workers who were unable to cope with the violent episodes.

He lived in B&B and hotel accommodation where his case worker had a caseload of more than 40 people.

It is estimated his body lay undiscovered in the hotel room for three days.