Inside Britney Spears and Sam Asghari’s wedding — see the photos

Britney Spears and Sam Asghari tied the knot at their Thousand Oaks, Calif., home on Thursday, both dressed in Versace looks.

The pop star was dripping in bling, including round diamond and pear drop earrings, a heart-shaped diamond tennis necklace and an oval diamond tennis bracelet collectively worth more than half a million dollars.

“We knew that Britney’s dress had a classic silhouette with an open neckline, so we designed timeless pieces that would complement the style, including a tennis necklace, bracelet, and statement drop earrings,” Gottlieb tells Page Six Style.

“These three classic styles all worked seamlessly together, while standing out individually to create a special wedding-worthy look.” 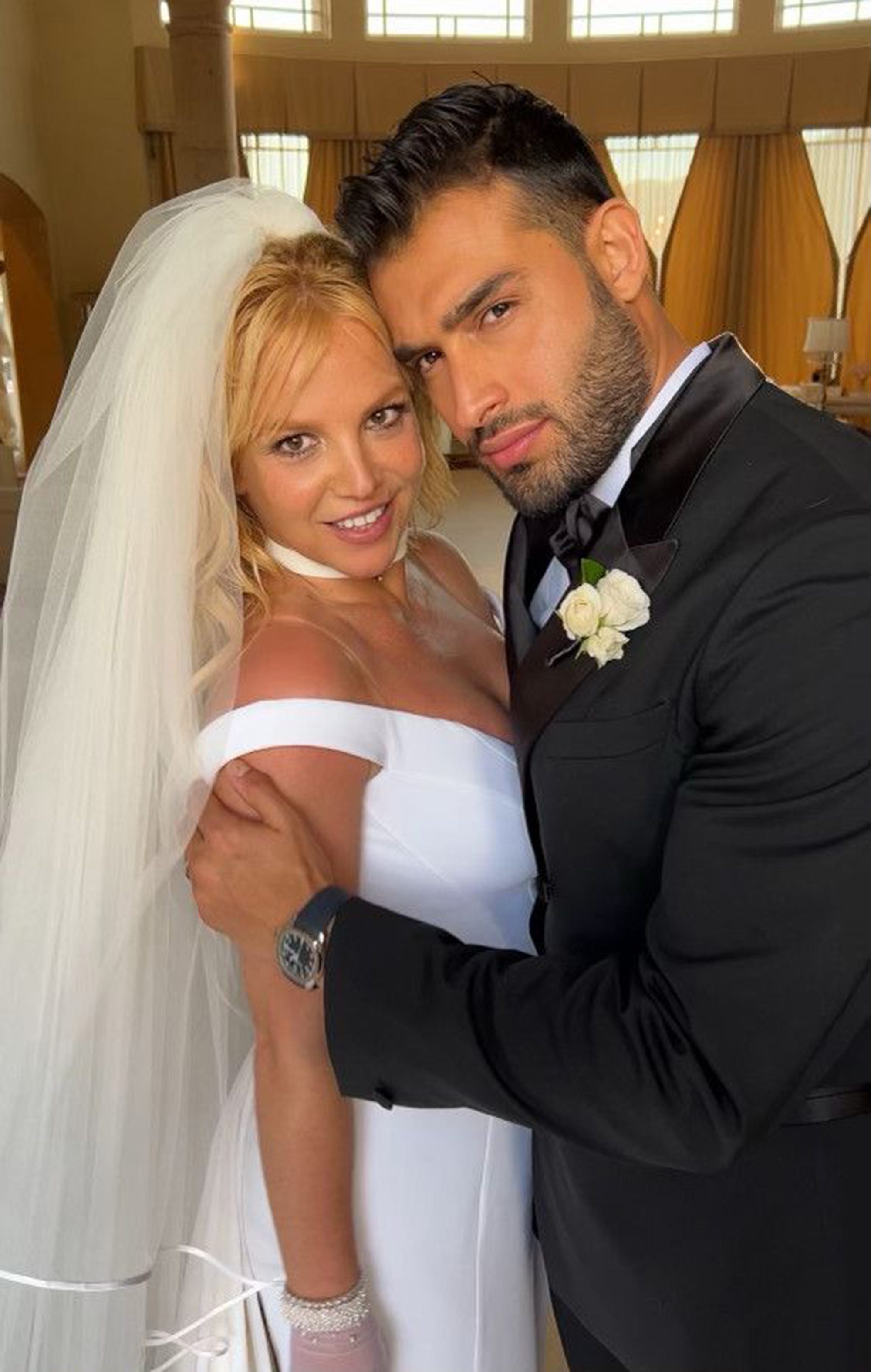 Spears and Asghari both chose Gottlieb to create their custom diamond wedding bands as well.

“The goal was to create a stack that could be worn every day without overpowering her beautiful engagement ring, but something that still felt special and unique,” Gottlieb tells us, adding that both were created in platinum and weigh in at 2 carats a piece. 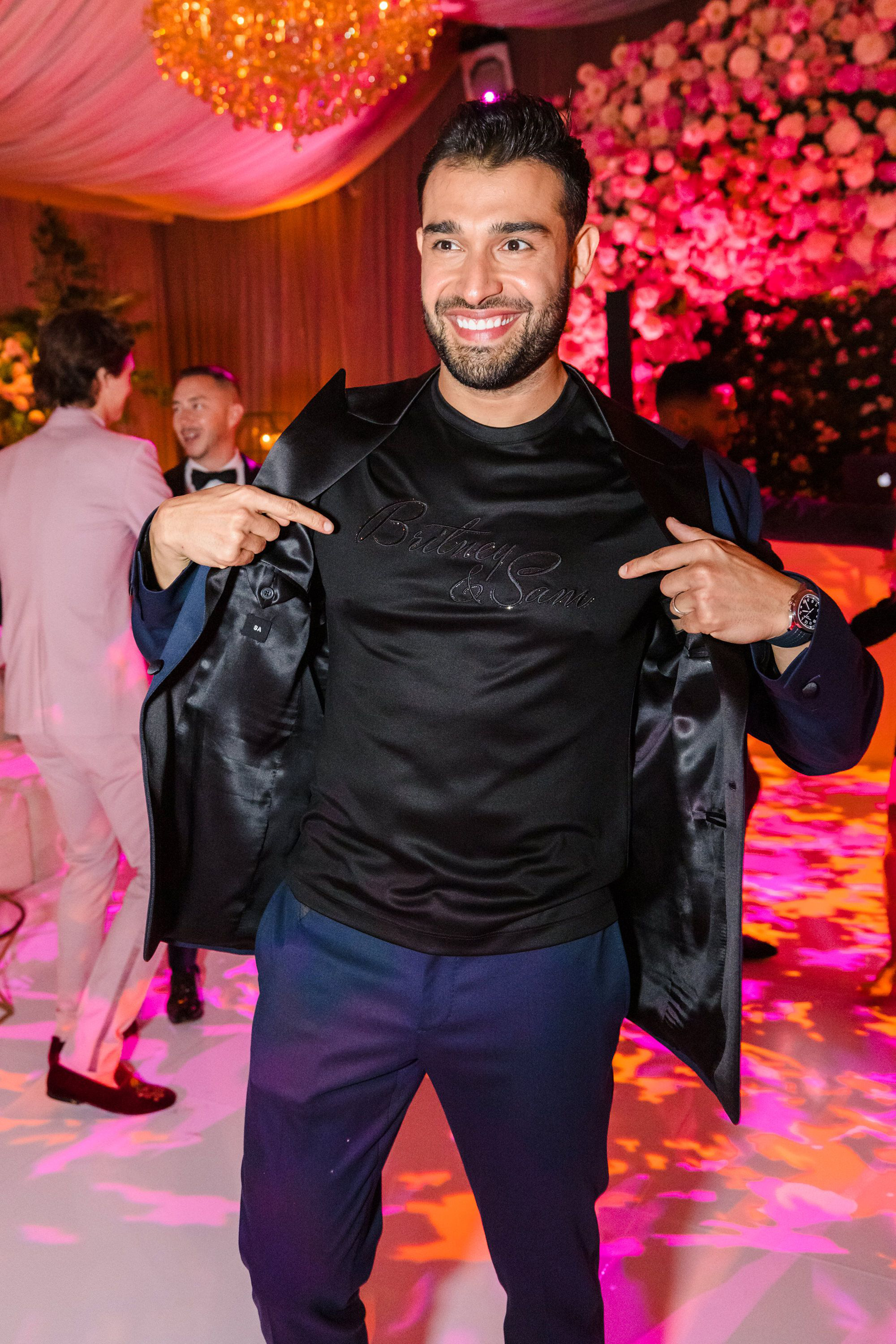 Asghari — who proposed to Spears in 2021 with a Roman Malayev-designed 4-carat engagement ring engraved with the word “Lioness,” his pet name for the superstar — also chose to double up on wedding bands.

“These are our most popular wedding band styles for a man who wants a small design detail,” Gottlieb says. 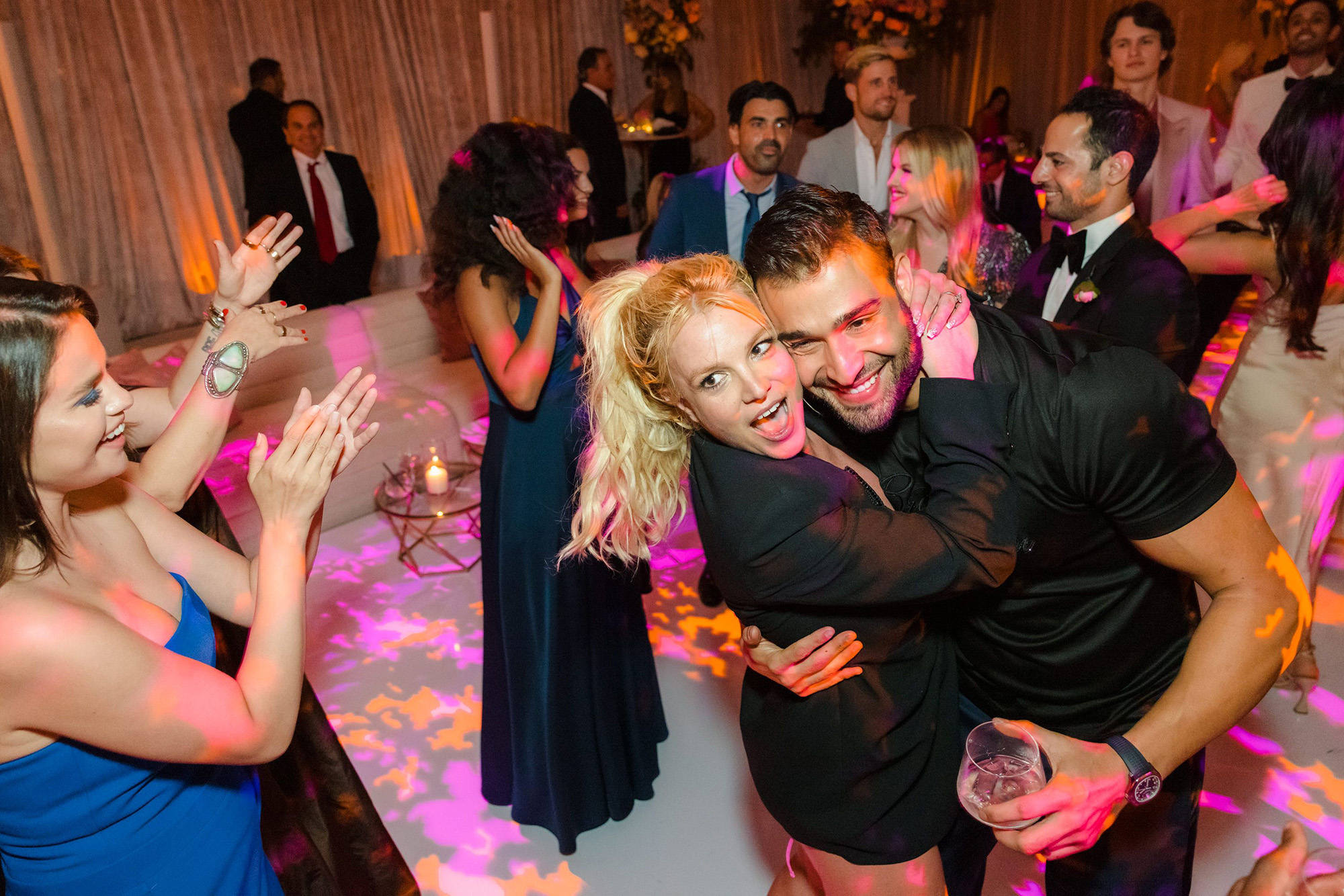 The couple — who met in 2016 and made their relationship official in 2017 — clearly love having options, as they both changed into different outfits at their wedding reception.

Asghari swapped his tuxedo for a black T-shirt with “Britney & Sam” embroidered on it, while Spears rocked a total of three different party dresses to dance the night away with guests including Paris Hilton, Madonna, Selena Gomez, Drew Barrymore and more.