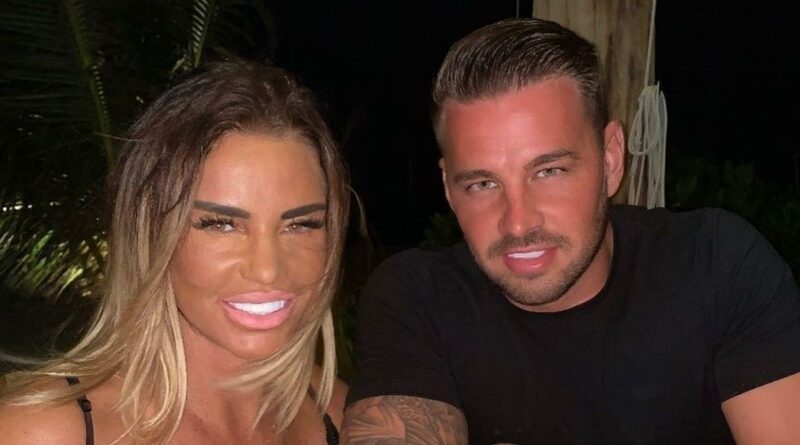 It was just a few weeks ago Carl Woods and Katie Price were enjoying a luxury holiday in Thailand, so fans were shocked when Carl announced on Tuesday that he has split from Katie following revelations in their relationship.

He took to Instagram where he claimed that Katie, 44, cheated on him as he said: "I found out yesterday that Katie cheated on me, she's admitted that she's cheated on me – she slept with somebody else.

"So yeah, that's the end of that I guess," the Love Island star added.

Katie announced her engagement to car dealer Carl, 33, in April last year but since they got together in 2020 the couple has been plagued by several rumours of a split.

The wedding was called off

Just a couple of weeks ago OK! reported that the pair were set to call off the wedding.

"A lot of drama that has happened between Katie and Carl seems to have been brushed under the carpet, but their relationship doesn’t seem that strong at the moment and friends think it could be over soon,” a source said. “They’ve been having small rows – it’s just petty things. Katie will swear at him and get really impatient with him. She can get like that towards the end of a relationship and pals think they could be at that point.

"Those close to them don’t think that they’ll end up getting married. Her family don’t spend that much time with him – and he wasn’t invited to her sister Sophie’s wedding earlier this year.”

Their holiday was cut short

At the start of the November, Katie and Carl cut their Thailand holiday short as sources told of further tension between the couple.

OK! exclusively revealed that Carl would “likely be fuming” after Katie commented on an Instagram post about her ex-fiancé Kris Boyson, shared by his new fiancée Elizabeth Tierney.

According to one source, Carl was “not happy” to see Katie had responded, “Love this,” to Elizabeth’s post, which described the personal trainer as “the most patient man” who is “truly one in a billion”.

Katie and Carl then returned a week early from their break.

Claims that the wedding would be called off came after Katie shared a cryptic message on social media about "finding someone new".

The mum-of-five posted a video on Instagram stories which spoke about how "trash can people" can "both love and hurt you".

In the short clip, a voice said: "People are unpredictable, they love you and they hurt you", while text on the video read: "So before you go looking for someone new" appearing on the screen. The former glamour model had been spending time with Jamie as rumours about her and Carl's romance coming to an end circulated.

“Jamie and Katie get along really well and he’s been a great support for her. They attended a friend’s birthday party together last week and seemed really comfortable in each other’s company," a source told The Sun.

Katie was spotted without her engagement ring

Back in July, Katie was pictured without her engagement ring in a family photo from which Carl was absent. Her stepdad Paul posted the snap on Instagram, which he captioned "family time". It was not clear if Carl was at the gathering.

Katie tells fans they're not together

The model was forced to delete a post saying they had gone their separate ways before taking to her TikTok to confirm they're still very much an item.

A fan had asked the glamour model if they were still together and a response from Katie's account read: "No."

However, fans were left further confused after Katie later took to the stories to share: "My account was hacked! I want to confirm I'm still with my fiancé Carl Woods!" followed by a red heart emoji.