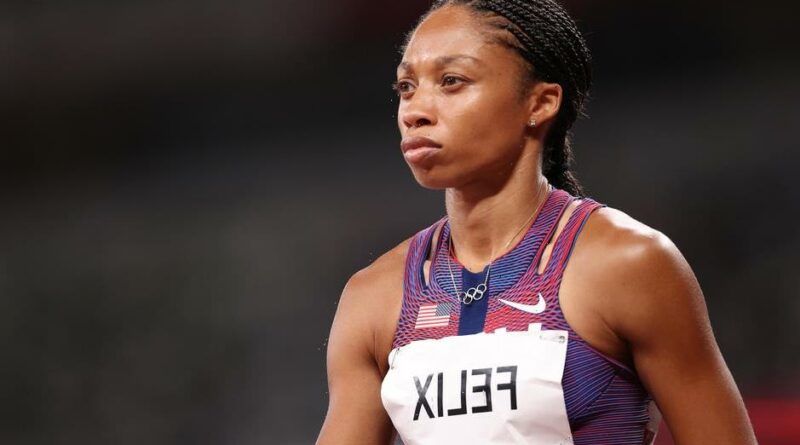 Allyson Felix won bronze in the women’s 400-meter final in Tokyo on Friday — making her the most decorated female track and field athlete in Olympic history.

Felix, who was participating in her fifth Olympics, finished her race in 49.46 seconds, right behind Bahamas’ Shaunae Miller-Uibo, who secured gold, and Dominican Republic’s Marileidy Paulino, who got silver.

Felix can surpass Lewis if she medals with the women’s 4 x 400-meter relay final on Saturday.

The Tokyo Games marked Felix’ first as a mother. She shared a touching moment with her daughter, Camry Grace, and fellow Olympian Quanera Hayes and her son, Demetrius, following her performance in the U.S. Track and Field Olympic trials in June. In an interview that day, she reflected on her journey to get back on the track.

“Today I thought about all the things,” Felix said. “I thought about us fighting in the NICU, fighting for my life…Whatever happened, I just knew all glory to the most high.”

The victory for Felix comes after she helped lead a conversation about the way women in track, and sports more generally, are treated. She wrote an op-ed in The New York Times in 2019 decrying her sponsor Nike for not offering enough maternity protections. She eventually severed ties with Nike, which wrote in pay reductions to women’s contracts if they became pregnant. Nike said in May 2019 it was updating its athlete contracts to protect female athletes’ pay during pregnancy.

Felix credited her daughter as “motivation” in her fight against Nike, she told “CBS This Morning” in 2019.

“My daughter really helped me to find my voice,” she said. “You know, to speak out on these issues that I normally wouldn’t have. And really to try to create some change.”

Just before the Tokyo Olympics, the Los Angeles native launched her own shoe company that would focus on designing and developing products for and by women.

“Like many women, I was afraid that starting a family would be a “death sentence” for my career,” she wrote in an Instagram post. “I did it anyway. During my pregnancy, I faced a gender injustice that I couldn’t run away from. My employer did not support my maternity and my colleague’s maternity in a way that I could be proud of.”

“When you see me run, know that I’m not running for medals,” she said. “I’m running for change.”