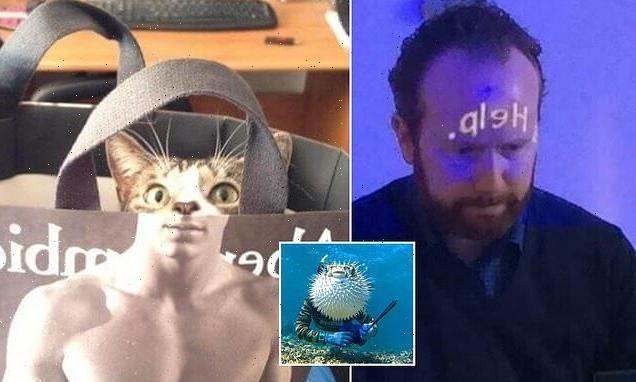 Sometimes, pictures are so perfectly-timed that they are impossible to recreate – and these snaps clearly fit that bill.

Photographers from all over the world have been left in stitches by the optical illusions created by pure chance, in this gallery created by The Fun Post.

One snap, taken in 2014 showed how a puffer fish perfectly photobombed diver Regan Mizuguchi was taking selfies on the ocean floor in Hawaii in 2014.

Meanwhile, another picture of a kitten hiding in an Abercrombie & Fitch left viewers in hysterics, as it made it looks like the pet had human abs. 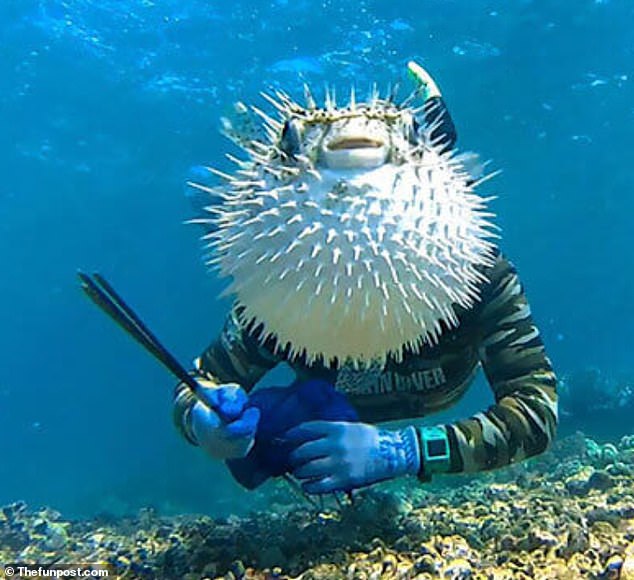 Thought YOU were having a bad day at work? Hilarious images capture employees who aren’t exactly nailing it