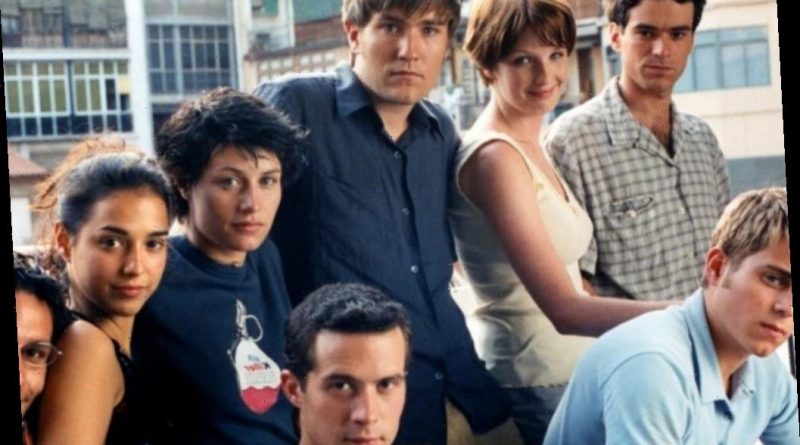 Greek Salad is a contemporary sequel to the movie trilogy L’Auberge Espagnole (Pot Luck), 20 years after the originals. It follows the lives of Tom and Mia (the children of Xavier and Wendy from L’Auberge Espagnole) as they embark on a new adventure in Athens. The eight episode series is created by Cédric Klapisch, with Lola Doillon and Antoine Garceau (Call my Agent). The show will be co-produced by Bruno Levy for Ce Qui Me Meut and will launch exclusively on Prime Video in 2022.

Flashback is the second Amazon original movie produced in France. This one is a time travel comedy starring comedian Caroline Vigneaux, with Sophia Aram, Suzanne Clément, Lison Daniel, Gad Elmaleh, Lannick Gautry, Emy Ltr, Florent Peyre and Sylvie Testud. It is produced by Alain Goldman for Legende Films and will debut on Amazon in 2021.

Original comedy series Miskina is the story of a woman searching for meaning and strength within herself while exploring her relationship with faith, love, work and family. The eight-part series is co-written and co-created by Melha Bedia, Xavier Lacaille (Validé) and Yoann Gromb (Vingt-Cinq), and produced by Margaux Marciano and Nicolas Duval Adassovsky for Quad; it will debut in 2022.

Finally, Celebrity Hunted – Chasse à l’Homme is an unscripted series where celebrities go on the run from a team of expert hunters. The show brings together Laure and Florent Manaudou, Franck Gastambide and Ramzy Bedia, Dadju and his brother Darcy, Squeezie and Seb La Frite who will attempt to stay off the radar and remain at large for ten days across France with limited financial resources. Hunting them down are some of the most renowned and feared French professional investigators, cyber analysts, online profilers, human trackers from law enforcement and military intelligence. It will launch in 2021.

Additional news announced by Amazon at today’s event in France included more cast for upcoming spy drama Totems, with Niels Schneider, Vera Kolesnikova, José Garcia, Lambert Wilson and Ana Girardot confirmed. Set in 1965 in the midst of the Cold War, Totems follows a French scientist, Francis Mareuil, as he begins working as a spy. While working for the French Secret Service and the CIA, Mareuil meets Lyudmila Goloubeva, a pianist forced to work for the KGB. It is produced by Isabelle Degeorges and Arnaud de Crémiers, Olivier Dujols and Jérôme Salle for Gaumont, and will launch this year.

Elsewhere, the company has picked up new projects from Maxime Gasteuil, Mathieu Madénian and Gaspard Proust, which will debut in Q3 this year, and release dates were set for docuseries Framing Britney Spears (April 5, 2021) and coming-of-age series We Children From Bahnhof Zoo (April 9, 20210).

“We’re incredibly focused on investing time, passion and budget to achieve the highest quality series and movies for our audiences in France,” said Georgia Brown, Head of European Amazon Originals, Amazon Studios. “We believe that putting the spotlight on the very best stories from French creators will not only delight our French viewers, but also our Prime members around the world. We have many more exciting ideas in development with talented French producers, writers, directors and acting talent. Today’s announcements are another step in our mission to bring the most exciting French TV series and movies to Prime members and underline our commitment to investing significantly in France.”

“We know that viewers in France want to see unique, authentic and entertaining stories that they truly connect with, and we’re committed to producing the widest variety of quality French programming exclusively for Prime members that delivers against that,” said Thomas Dubois, Head of French Amazon Originals, Amazon Studios. “From drama, spy action, comedy, to exciting new formats on wide-ranging topics like music and social revolution, there isn’t a genre or topic we aren’t considering right now and we’re so excited to be announcing these incredibly varied four new French Amazon Original as evidence of our commitment to a completely diverse slate.”