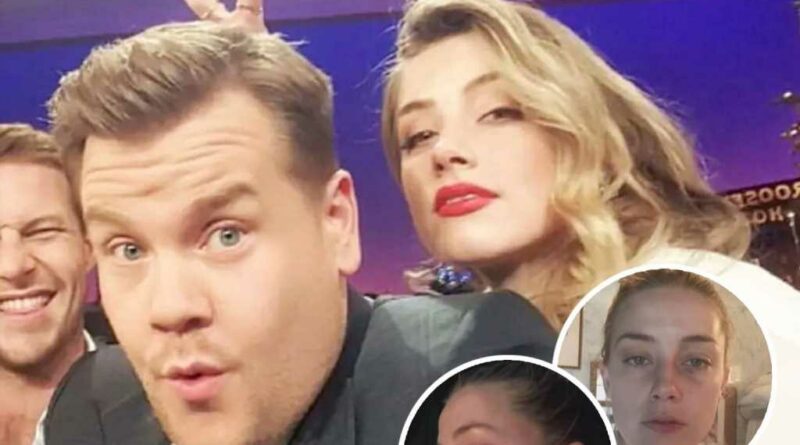 She says they had no choice but to use "a really red lipstick to make sure we could cover up the injuries."

Amber Heard’s appearance on James Corden’s late night show was once again the subject of the hour during ongoing witness testimony in Johnny Depp’s defamation trial on Wednesday.

Heard previously testified that on December 15, 2015 Depp began chasing her around the kitchen before getting on top of her and hitting her repeatedly in the face. She went on to say he head-butted her “right in the nose,” while “screaming and swinging” at her, before grabbing her by the hair and dragging her into a neighboring apartment.

She said that she had a busted lip and nose, as well as two black eyes after and needed her makeup artist to cover them up before a planned appearance on Corden’s show December 16. Wednesday, that makeup artist, Melanie Inglessis, gave her account of that day.

“When I came to the penthouse to do Amber’s makeup, she had injuries. She had two light — I’m not a medical expert — but it looked like somebody had headbutted her lightly so she had discoloration here under both eyes and the bridge of the nose and she had what I would call a split lip or something on the lip like a gash or split lip.” 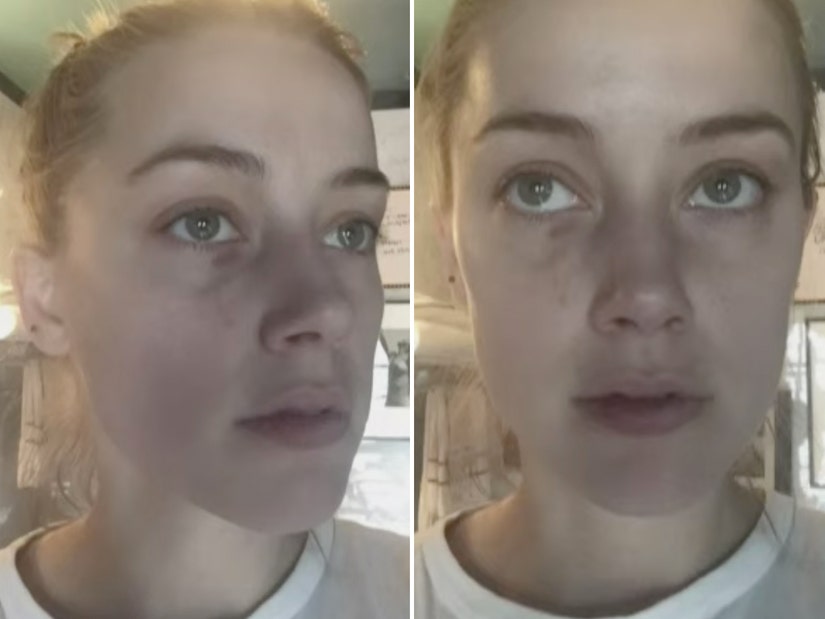 She added that Heard was missing a chunk of her hair, before looking at photos already shown to the court of Amber’s alleged injuries. She confirmed that the pictures were an accurate depiction of what she witnessed herself that day.

Inglessis then described how she covered up the alleged injuries.

“I just did makeup, just a little heavier. We covered the discoloration or bruises with a slightly heavier concealer, one that had more of a peach undertone that I would normally not use on Amber, but peach does cancel blue, so I did that under the eyes,” she said. “Though Amber always has a red lip, it’s one of her signature looks, I remember clearly talking we had no other option that night than to use a red blood … a really red lipstick to make sure we could cover up the injuries on the lip.”

She recalled Amber acting “angry, sad, a little erratic” on the day in question, but said Heard “had the ability to turn it on” for Corden, “do her job and perform the way she was supposed to perform on the show.”

She also said she was able to cover everything up, but could still tell where the bruises were when looking at her made-up face under cross-examination.

Depp’s lawyer also wondered why Inglessis eventually told Amber that she had no interest in continuing a work relationship or friendship with her. While it seemed like there was no other reason other than Inglessis welcoming a child, she later described the relationship as “very consuming for me” and “that’s why I decided not to continue it.”

She was also asked by Depp’s attorneys whether Heard ever had cold sores, to which she responded no.

Depp is seeking $50 million in damages after Heard claimed she was a survivor of domestic abuse in an op-ed in the Washington Post in 2018. While she didn’t name Depp in the piece, his lawyers argue it was implied to be about him and negatively affected his career. She countersued Depp for $100 million. 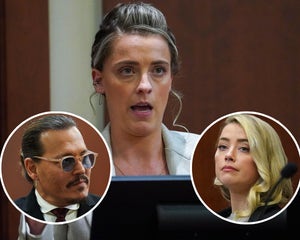