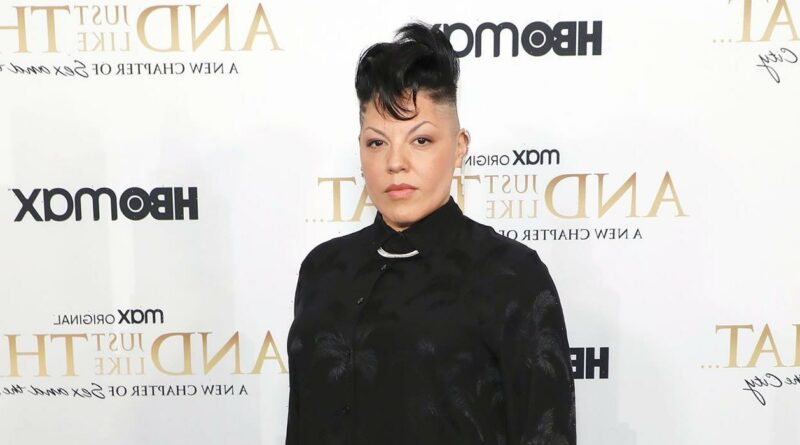 Creating quite a stir. As fans weigh in on the character of Che Diaz in And Just Like That, the Sex and the City revival series, Sara Ramirez opened up about how they have handled the more negative feedback.

‘Sex and the City’ Drama Through the Years: A Timeline

“I’m very aware of the hate that exists online, but I have to protect my own mental health and my own artistry. And that’s way more important to me because I’m a real human being,” Ramirez, 46, who uses they/them pronouns, explained to The New York Times on Wednesday, February 2. “I’m really proud of the representation that we’ve created. We have built a character who is a human being, who is imperfect, who’s complex, who is not here to be liked, who’s not here for anybody’s approval. They’re here to be themselves.”

The Grey’s Anatomy alum’s presence on HBO Max’s And Just Like That immediately created a conversation between viewers about the character’s likability. Things took a turn for the worst when sparks started to fly between Che and Miranda Hobbes (Cynthia Nixon). Fans who watched the original series, which ran from 1998 to 2004, weren’t thrilled to see Miranda cheating on her husband Steve Brady (David Eigenberg) while exploring her sexuality.

Ramirez noted that although they were “not in control of the writing,” they found that the story line reflects other people’s lived experiences.

“I welcome the passion that folks are bringing to the table around this representation. But in real life, there are a lot of different human beings who show up to the table, speaking truth to power in myriad ways,” the Mexico native added on Wednesday. “And they all land differently with different people. And Che Diaz has their own audience that they speak to who really get a kick out of what they’re doing.” 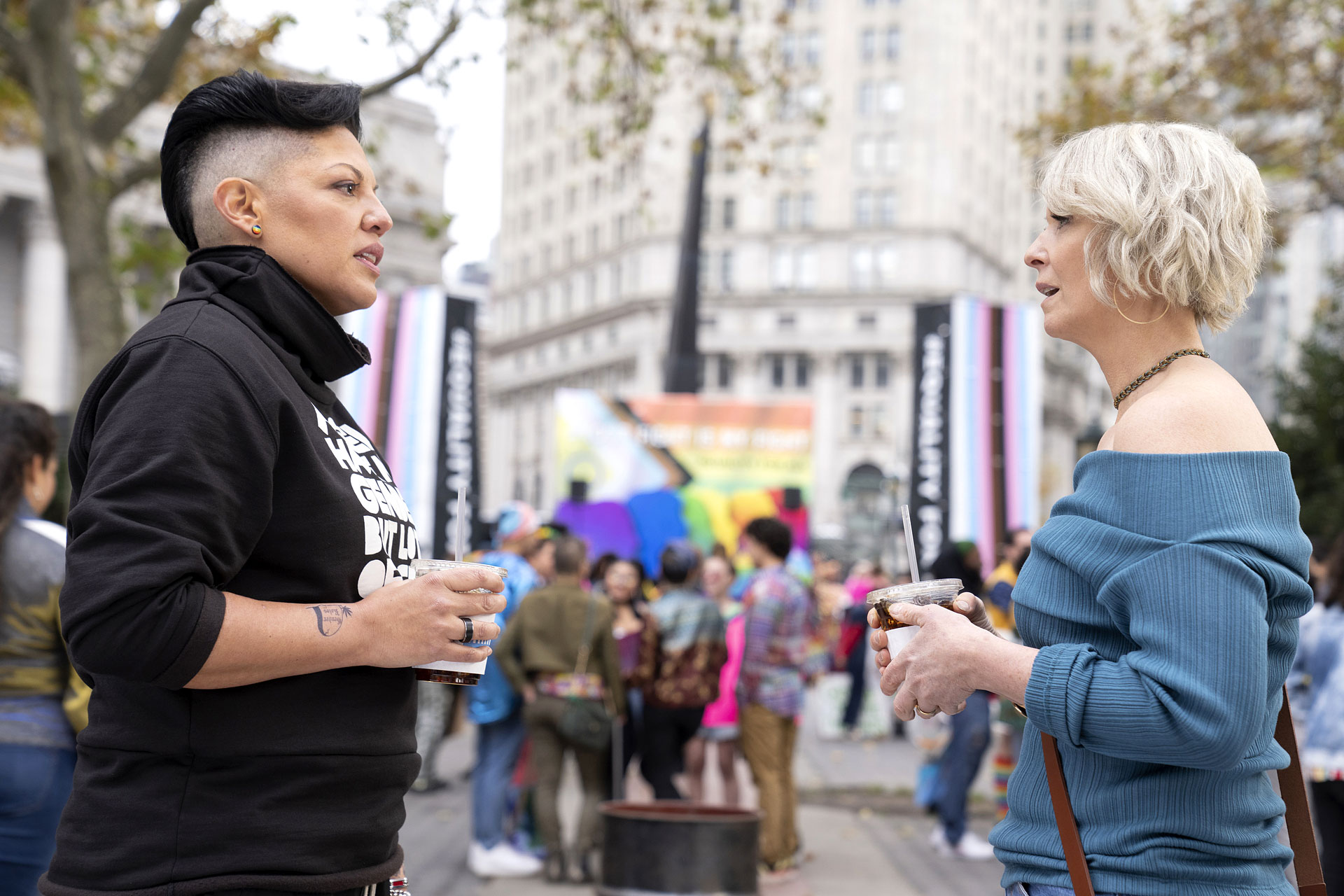 The Tony Award winner may not “recognize” themselves in Che, but they were able to predict how their fictional character would react to the hate towards them.

Cosmo Time! Where Every ‘SATC’ Character Is When ‘And Just Like That’ Begins

“I imagine Che would have something very witty and silly and funny as a rebuttal; something that ultimately reminds everyone that they are human; something with a sprinkling of self-deprecation, because I think they know they’re a narcissist,” Ramirez shared. “And maybe just a little reminder that no one’s perfect.”

Nixon, 55, for her part, previously defended Miranda’s interest in Che, explaining on The Drew Barrymore Show last month, “I think some people are not loving seeing these characters maybe off-kilter, but I love that. … Out of crises come really productive things. You’re not young anymore, but you’re not old, either. And you still have time to make sure that your life is the way you want it to be.” 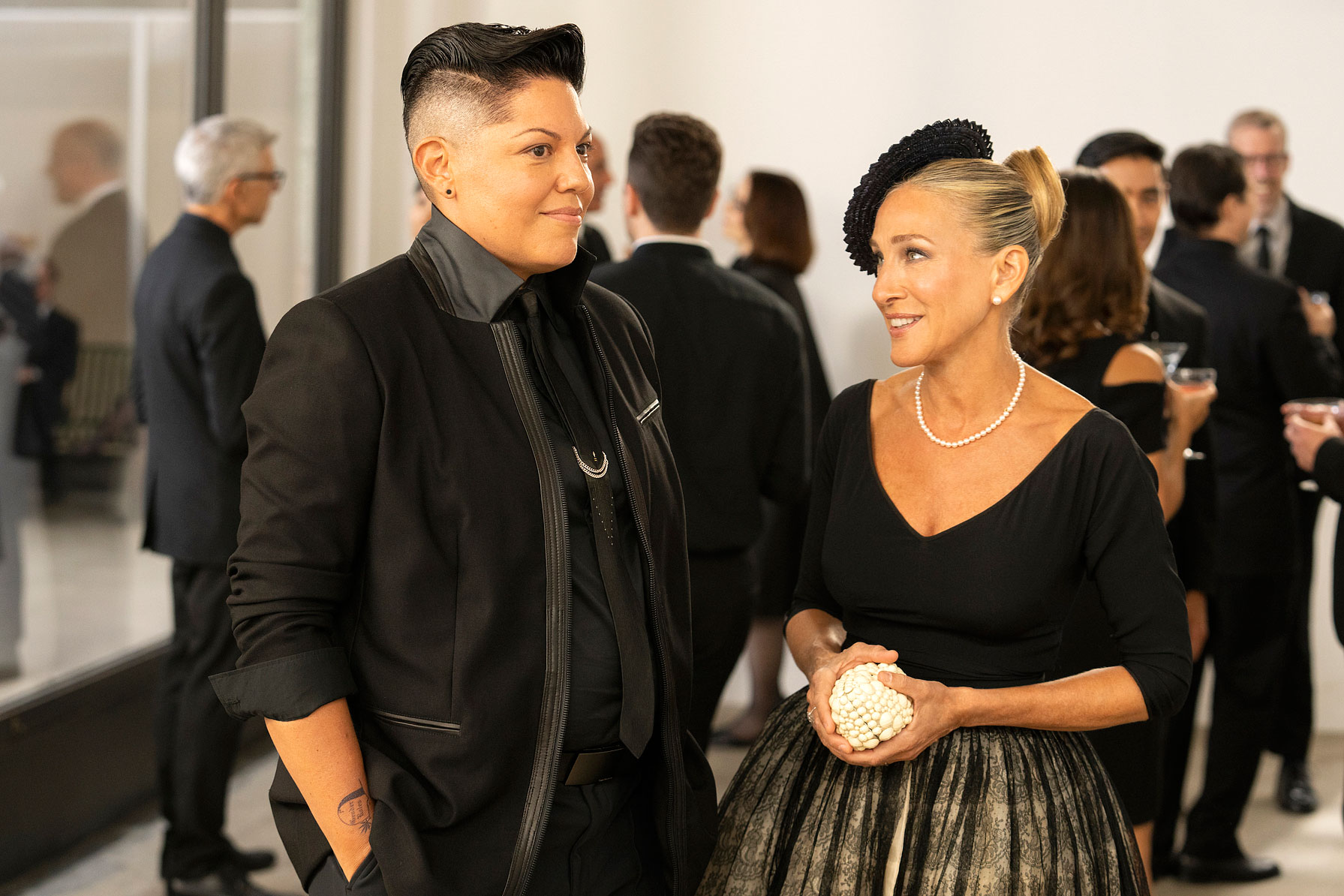 Meanwhile, the And Just Like That documentary — released on Thursday, February 3 with the season 1 finale — revealed that Che was not originally meant to be the love interest for Miranda.

Spilling the Tea! The Biggest ‘And Just Like That’ Documentary Bombshells

“When [showrunner] Michael [Patrick King] was trying to think about what would happen in our season, he talked about Nya, Miranda’s professor being the romantic relationship,” the Ratched actress shared, referring to the character played by Karen Pittman. “Nya was a straight character and Miranda’s a straight character and I was like, ‘Well, that doesn’t sound very sexy at all.’ Two women who’ve gotten to this age and who are now just fumbling around. That doesn’t seem great.”

Nixon explained that she was the one to pitch that her character’s dating life get swapped, adding, “I was like, ‘Why couldn’t [Miranda’s love interest] be this butch person you’re talking about having for Carrie?’”