Home » Lifestyle » Angelina Jolie: Why She ‘Loves’ Bringing ‘Normalcy’ To Her Kids’ Lives With Shopping Dates

With six kids and quite a hectic life, Angelina Jolie uses shopping as a way to bond with her children, a source tells HollywoodLife EXCLUSIVELY.

Angelina Jolie is photographed out and about with her kids quite often. Whether it’s the entire brood of all six children, or just one or two at a time, Angie always makes sure that she’s involved in the day-to-day lives of her kids. Most of the time, the doting mom is pictured shopping with her youngsters, and they’ve been photographed everywhere from high-end clothing stores, to pet stores, craft stores and more.

“Angelina loves doing Target runs and other day-to-day things with her kids because it brings a sense of normalcy to their lives,” a source close to the actress revealed to HollywoodLife EXCLUSIVELY. “She really strives to make their lives as normal as she can. Going shopping is something that she and her kids enjoy doing together, and she feels strongly that her kids should have all the experiences that other kids their age have. She doesn’t want them growing up in a bubble.” 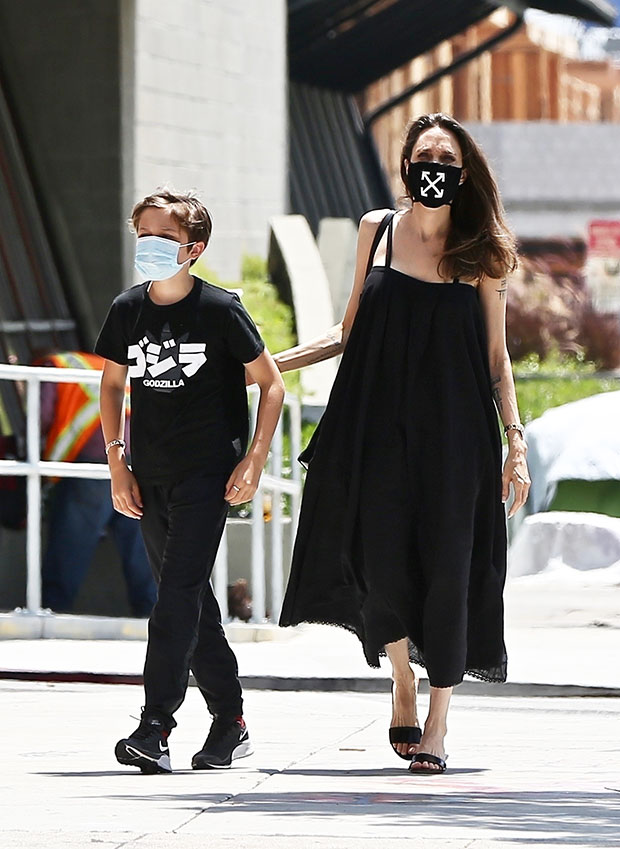 Shopping is something that she’s specifically used to “bond” with her older daughters, Zahara Jolie-Pitt, 16, and Shiloh Jolie-Pitt, 14, since they’ve become teenagers. Most recently, Angie and Zahara were photographed holding hands while running errands on Jan. 16. Angelina also took Zahara shopping ahead of the teenager’s 16th birthday on Jan. 8. Meanwhile, pictures of Shiloh and Angelina shopping on Jan. 9 revealed that the 14-year-old is already nearly as tall as her famous mom! 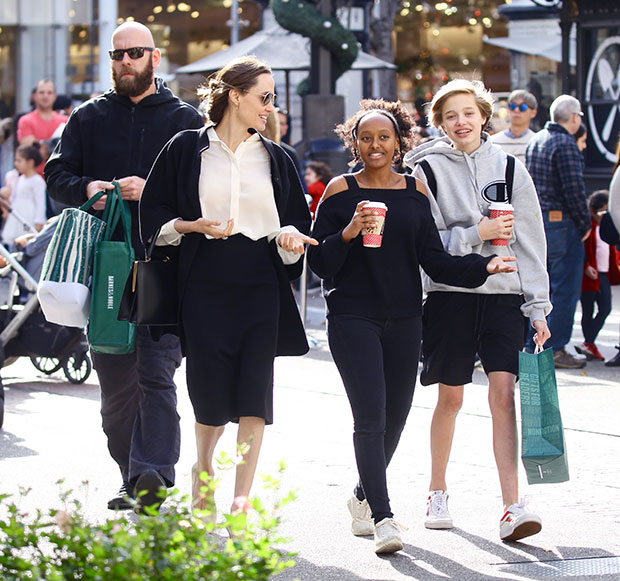 “If it were up to Angelina, the family would be somewhere other than Los Angeles, where they’d have more privacy to go about their day to day lives,” our source added. “But it’s out of her hands, so she’s just doing the best she can.” The kids’ father, Brad Pitt, also lives in Los Angeles, but has kept his relationship with the children much more private since his split from Angelina in Sept. 2016.

In addition to Zahara, Brad and Angelina also have two other adopted children, sons Maddox, 19, and Pax, 17. Shiloh was the exes’ first biological child, followed by twins Vivienne and Knox, who are now 12. Brad and Angelina got together in 2005 and were married in 2014. Despite breaking up more than four years ago, they have yet to come to a permanent custody resolution.