Anne Heche explains why she stormed off ‘Dancing with the Stars’

Anne Heche talks growing up, her career and new film ‘The Vanished’

Anne Heche says ex-girlfriend Ellen DeGeneres didn’t want her to “dress sexy” when they were together — and even weighed in on her red carpet looks.

The “Six Days, Seven Nights” star recalled the matching outfits that she and DeGeneres wore to the 1998 Golden Globes — and how she now considers their look to be a 0-out-of-10 fashion fail.

“Why do I look like a hippie?” Heche says in a new TikTok video, before revealing, “It’s because Ellen didn’t want me to dress sexy.”

The “Men in Trees” star previously opened up about DeGeneres, 63, when the “Finding Nemo” star found herself embroiled in a toxic workplace scandal over the summer.

“I haven’t spoken to Ellen in years. I’d listen to the people who have,” Heche, 51, told Mr. Warburton magazine for its cover story.

Although Heche didn’t dive into specifics of the controversy, she hinted that the complaints might have substance. 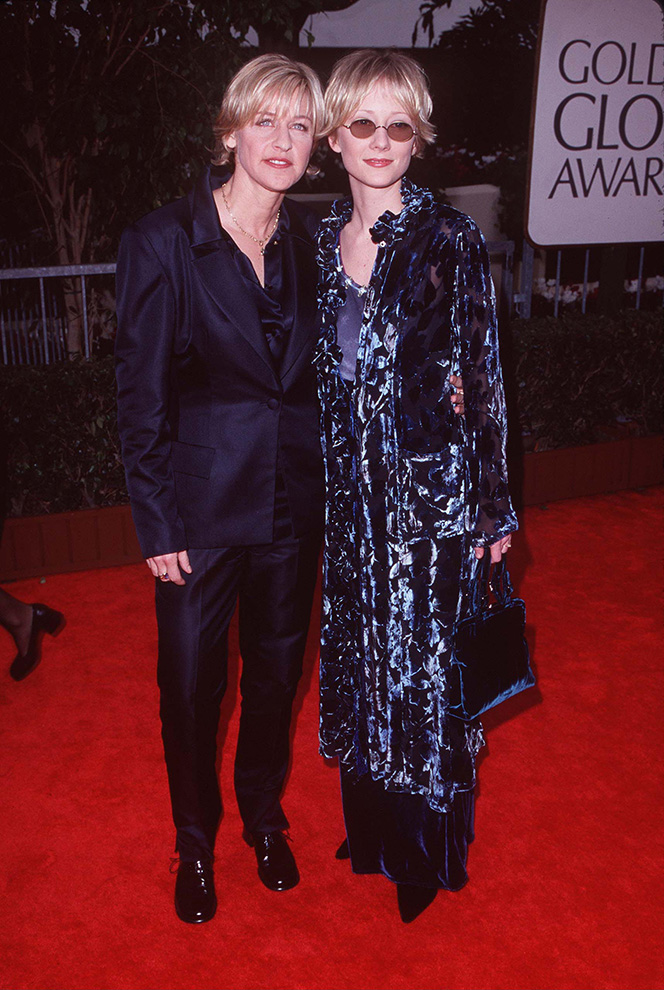 “If I’m standing someplace and I don’t like what’s going on there and I stay there, it’s my fault,” said Heche. “So what are the actions that got me there and why can’t I get out of it easily if that’s not something that I want to be engaged in?”

She added, “Ellen is standing where she walks, and that is hers to continue that journey.”

Heche did, however, describe their relationship as “a beautiful part” of her life.